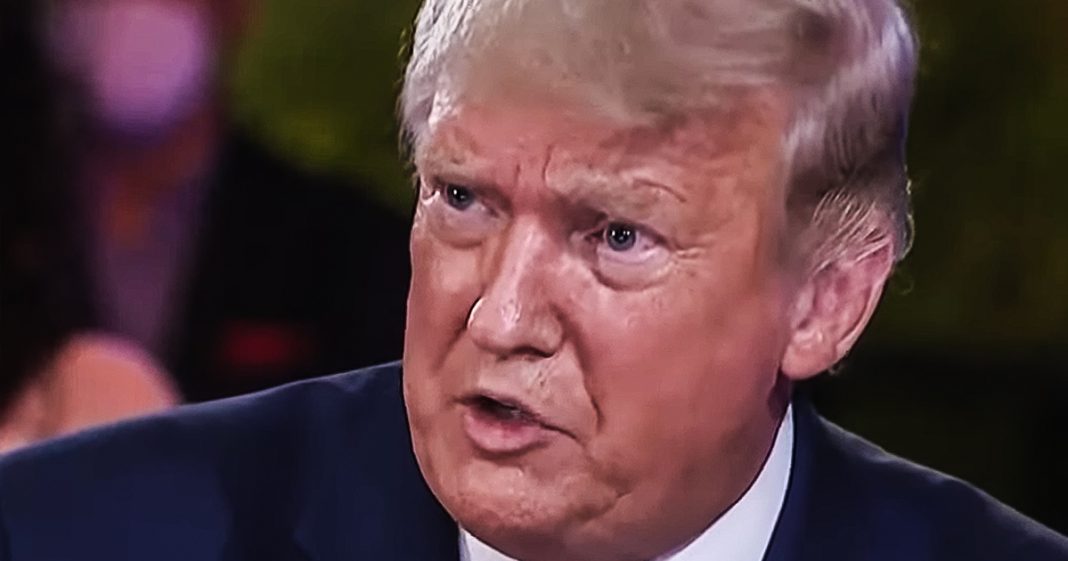 The Trump campaign suddenly cancelled even MORE ads in swing states this week without offering a clear explanation as to what was happening. But if previous reports are to be believed, the campaign doesn’t have the financial resources to keep running these ads. With two weeks until election day, pulling ads in swing states that the President is already losing is NOT a smart strategy, as Ring of Fire’s Farron Cousins explains.

It was announced yesterday that starting today, an ad buy placed by the Donald Trump campaign that was supposed to run from October 20th today through October 26th in the swing States of Minnesota and Ohio, which effectively canceled two States, that Trump desperately needs. He is losing by a huge margin in Minnesota is losing by a decent margin in Ohio, but he needs them. He needs, especially Ohio. He can actually not win Minnesota and be okay, but Ohio it’s different story. And his campaign pulled ads out of those two States, two weeks to go before the election. Now this is not the first time that he has pulled ads out of Ohio or even out of Minnesota. For that matter. His campaign over the last few weeks have, has done essentially nothing but pull ads out of the States. Now I can tell you, as a resident of Florida, the number of Trump ads I see on TV has dramatically increased. So it’s likely that they’re kind of putting all of their eggs in one basket, technically all their eggs in two baskets, because we also know they’ve redirected a lot of money over to Texas.

So Florida and Texas are the two big prizes because they understand at this point with Texas being a statistical tie, if Trump can’t win Texas, he’s done. Joe Biden is the next president of the United States of Texas goes blue. That is a given and they can’t risk that. So they say, listen, we’ll just lose every other swing state that will also make us lose the election by the way. And you know, we’ll keep Texas blue and maybe, or Texas red, excuse me. And, uh, maybe, maybe keep Florida red for another four years. The problem with that is that if they had the money, if they had a decent amount of money, if they hadn’t put a bunch of Grifters in charge of their campaign, they could afford to do both folks. They they’ve pulled in over a billion dollars this year. They weren’t hurting for money.

They really, really were not yet here. They are trying to say, well, we can’t run ads in both Ohio and Texas. Jesus. What do you think we are? What do you think we have a billion dollars in the bank? Well, you did, you really did. And you blew it. You squandered it. He did nothing with it. Other than, you know, pay members of the Trump family, a couple hundred thousand dollars allow Brad Parscale to spend upwards of $170 million to his own companies. Like you ran the campaign the way you run your businesses. And there’s another thing happening here too. Um, according to reports, the Trump campaign is not paying cities, uh, the reimbursement fees that they owe them for the rallies that Trump’s hosting. And that’s not just for 2020 either. Uh, apparently they haven’t paid a lot of their bills from 2016. So they’re running low on money.