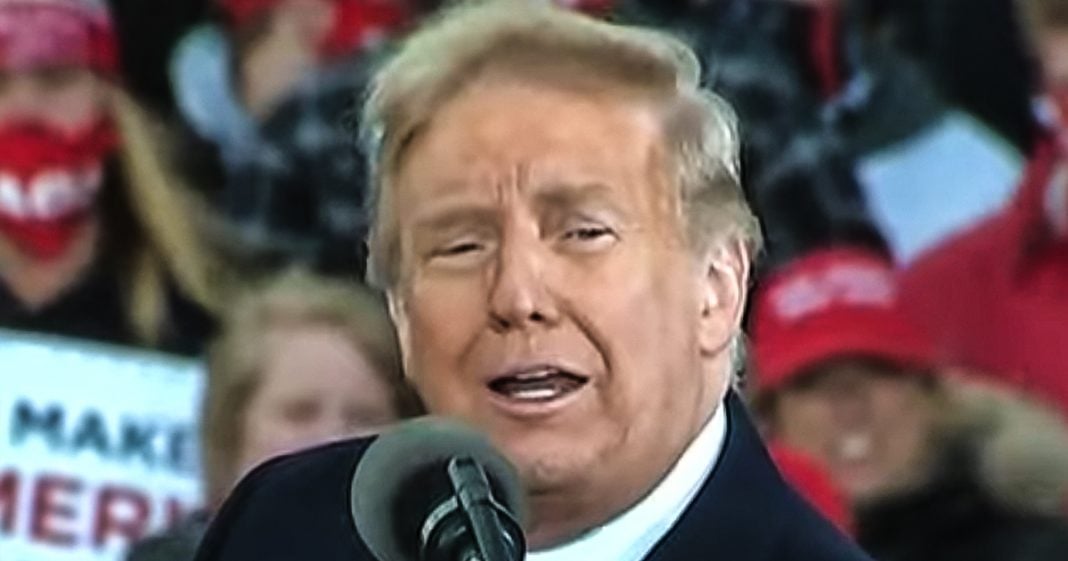 Staffers in Donald Trump’s White House are starting to panic that they won’t be able to find jobs after this administration is over. They’ve watched in horror as other former members of the administration have tried and repeatedly failed to achieve gainful employment after leaving, and as polls show a Trump victory becoming a pipe dream, they fear that they will be hitting rock bottom very soon. Ring of Fire’s Farron Cousins discusses this.

According to a new report in the Washington post staffers in Trump’s white house right now are starting to panic a little bit. They’re panicking about their futures. They’re panicking because they don’t think Donald Trump’s going to pull off a victory in November. And then suddenly they’re going to all be in the unenviable position of trying to find a new job. Now, job market in D C is hard enough as it is, right. There’s a lot of young people in the political arena. There’s a lot of older people in the political arena who refuse to move out, let the young whippersnappers take it over. And then there’s also plenty of Grifters. There’s plenty of Grifters in the media as well, both on the left and the right. So in that crowded field of people begging for these jobs, these Trump staffers understand something that none of these other folks could possibly understand.

And that is they carry a stigma. They carry a Scarlet letter. If you will, a big T right across their breast at T means Trump. It also means tainted because according to the Washington post report, these Trump staffers who are actively shopping around their resumes, because they don’t think Charles is gonna win. Um, they understand that they’re tainted with what they’re calling the Trump stink, and nobody wants to hire him according to conversations that they had with both staffers at the white house and friends of staffers at the white house, the staff is freaking out and they’re saying things like I’ve put my resume out there. I’ve, you know, have connections here. I know this person, I know that person. And they’re refusing to even call me for an interview. They don’t want people who have worked in the Trump administration

Top of that. These current staffers have also looked at what’s happened to former staffers cause this isn’t, you know, a hypothetical fear that they have like, Oh, what if nobody wants to hire me? Because I worked for Trump, they’re looking out there and they’re seeing their former colleagues not be able to get a jobs SIM or a job simply because they worked for Donald Trump. There is a Trump stink. You know, these jobs that are available in DC, whether it’s in a think tank, whether it’s at a nonprofit, whether it’s at a lobbying group, whether it’s at a law firm, they’re highly coveted jobs. There’s a lot of competition to get in for these jobs and they pay very well. And that’s why there’s a lot of competition for it.

So if you come in with any kind of stigma about you, any kind of horrifying experience that might turn people away from you or make them laugh at you, that’s a bad thing that immediately puts you at a disadvantage. Now, if you want to leave DC, if you want to leave the political arena, then yeah. It probably levels the playing field. In fact, there’s probably plenty of places you could go. That would be more likely to hire you because you worked in Trump’s white house. Uh, the MyPillow factory is probably a great example. You could probably get on there pretty easy, but I’m willing to bet that these white house staffers that are freaking out, they don’t want to go work for the pillow guy. They want to stay in politics. They’re in politics because that’s where they wanted to be. But they let their ambition blind them to the fact that they were working for a madman.

You can go back over the years because we have done, God knows how many stories about these staffers at the Trump white house and in almost every one of them that I can remember. I’ve, I’ve given out a warning that says, folks, it’s not worth it. You’re destroying your future. Nobody’s going to hire you in the future because you’re working for him and you’re complicit in all of this. It doesn’t matter if you’re one of those staffers that quietly says to the press behind their backs, on the condition of anonymity that you hate the guy or that he’s crazy. You stayed there and it’s going to hurt you in the future. Those predictions are now reality. Those chickens came home to roost. And I don’t want to be the jackass that’s sitting here. Like I told you. So, but at the same time, I’m also the jackass that’s sitting here because on many, many, many different occasions over the past four years, I told you so.