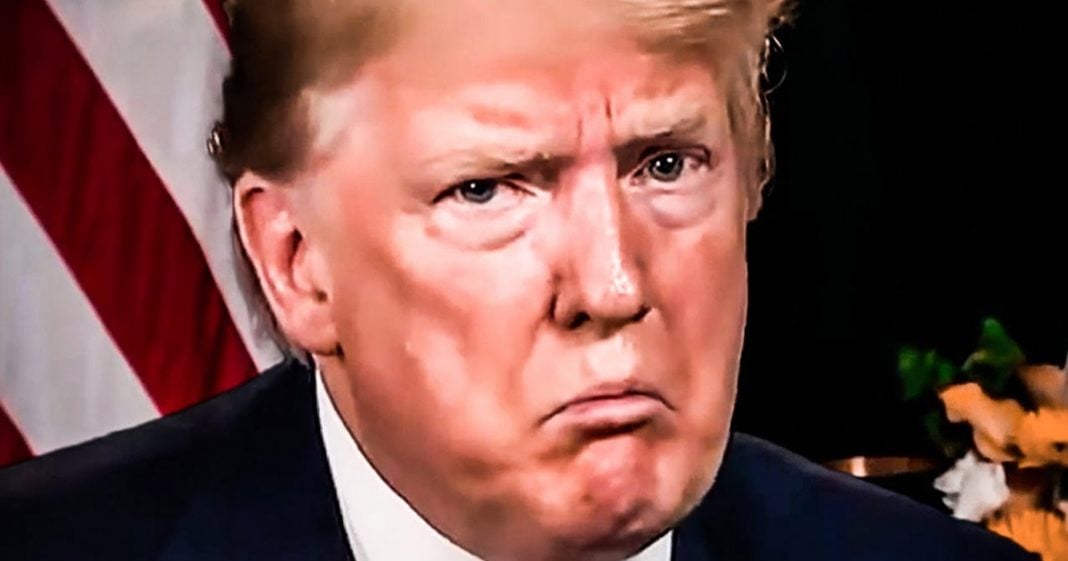 According to the numbers coming in from Florida and North Carolina, a majority of early voters in that state are Democrats, representing a ten-point increase from this point 4 years ago. And considering that early voting totals are more than FIVE THOUSAND PERCENT higher than they were in 2016, that’s an incredible advantage for the Democrats. Ring of Fire’s Farron Cousins explains what this means.

As of right now in the battleground States of both Florida and North Carolina Democrats are holding a very strong edge over Republicans in total number of early voters. Meaning most of the people over 50% in both States, over 50% of all the people who’ve gone to vote early Democrats, which is a 10 point increase from where we were this 0.4 years ago. And let’s not forget. We have had close to 5 million people in this country already cast an early ballot compared to a little under a hundred thousand at this 0.4 years ago. So yes, there are more Republicans voting early than last time. Sure. But there’s far more Democrats voting early than there were last time. Now, ordinarily, this would be cause to celebrate. And that in and of itself is a good thing. The bad thing is that this is obviously something people know about now.

You know, trust me, I’m not the first one to report on this. This news is out there. People understand this and therefore we can expect more of a turnout, not just on election day, but as we get closer to election day, more people early voting. And that’s a good thing though. Like even if it’s Republicans going out to vote, we want everybody to vote. We want everybody to have a voice as it stands right now, our government doesn’t actually reflect what the public is and honestly what the public wants. And it’s because not enough of us actually get out there and vote. And the more people start to vote, the more likely it is that third, fourth, fifth, sixth parties can pop up and have some power as well. But when you only have half the country voting, that allows the two party duopoly system to just stay in place because nobody’s there to challenge it.

But more people get involved representing more diverse viewpoints. That’s a good thing. But for right now, let’s focus on 2020, North Carolina and Florida are both States that are up for grabs, uh, for Donald Trump, considering how poorly he is doing in other swing States. And the fact that he hasn’t run ads in many of them for, uh, over a month. At this point, Florida’s a must get a virtually no path back to the white house for Donald Trump. If he does not win Florida to make matters worse for him, the latest polls out are showing him in Biden’s statistically tied in the state of Texas. So he has to have Florida. He cannot afford to lose it. He also can’t afford to lose Texas. He loses Texas it’s over for him. There is nothing he can do. He is done.