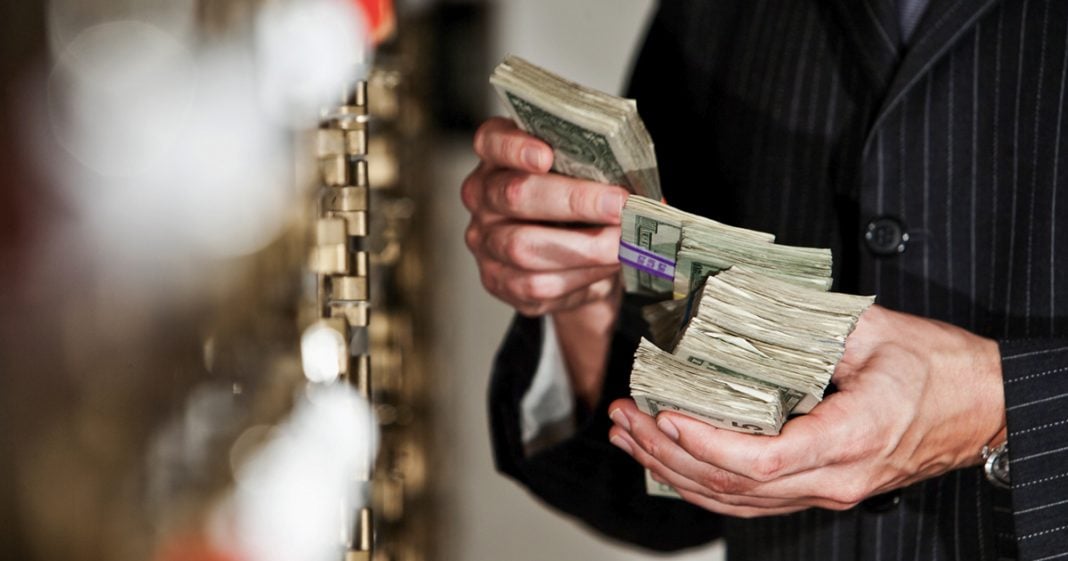 In what might be one of the biggest overreactions of the year, the wealthy elite are being advised to start hiding their fortunes and passing them onto their children in case Joe Biden wins the Presidency. Apparently these elite are so far removed from society that they haven’t been paying attention to the world for the past few decades, as Biden poses no real threat at all to their fortunes. Ring of Fire’s Farron Cousins discusses this.

According to a new report from Bloomberg news this week, wealthy Americans are starting to panic over the thought of having Joe Biden as president of the United States, because they believe according to the report that Joe Biden is going to raise their taxes. And therefore they’re being advised by their financial advisors to go ahead and pass all your money and your assets and your company, whatever it is, go ahead and pass it on to the next generation. Now, otherwise, a lot of it’s going to be lost due to the likely increase in the inheritance tax. That is what is terrifying, the wealthy elite in the United States today. They’re not worried about the, you know, whole collapse of democracy thing that we’re seeing happening here. You know, American citizens being disappeared into windowless vans by unmarked us soldiers. God knows what’s happening to them. No, no, no. They’re not worried about that. They’re not worried about the massive wildfires in California, destroying the country, the, the hurricanes, uh, hitting us down here along the Gulf coast, you know, flooding and droughts and things like that. No, no, no, no. That doesn’t worry. The wealthy elite at all. What, what worries them is? Oh my God, when I die, smore, more of my money will go to the government under Biden and it would under Trump. Yikes.

If that is your biggest concern in the world, then you’re not ever allowed to complain about anything ever, because that’s insane. We have very real problems in this country today. Like crazy, real. And here is a story from Bloomberg who himself is a member of the wealthy elite. Uh, the owner of Bloomberg. He didn’t write this story, but to sit here and say, Oh God, what are we going to do? If he raises the inheritance tax, how are my spoiled good for nothing children going to get everything that I also inherited because that’s what most of this is folks. And that’s how you keep these, you know, wealthy elite in power is by them just passing this crap on down to the next ungrateful undeserved, uh, generation. I say, let the government take all of it. Let them take 90% of it, right? Republicans are the ones.

Pull yourself up by your bootstraps, right? Well, if your bootstraps die, somebody else, shouldn’t just be able to take over where that person left off. That’s not pulling yourself up. That’s not helping yourself out. No that’s riding somebody else’s coattails. Let’s get rid of that. Let’s make everybody do what Republicans say they should do and help themselves. The government is starving for money. Right now, schools are starving. Money. Fire departments are starving for money. Our infrastructure has been starved for money for 30 years. Folks, I would think probably one of the best places to start taking a little bit more is from dead people who want their deadbeat kids to not have to work. I don’t know about you, but I’d consider that a no brainer. If they’re worried that Joe, Biden’s going to take a little bit more of that money from them. Good, because they should be.