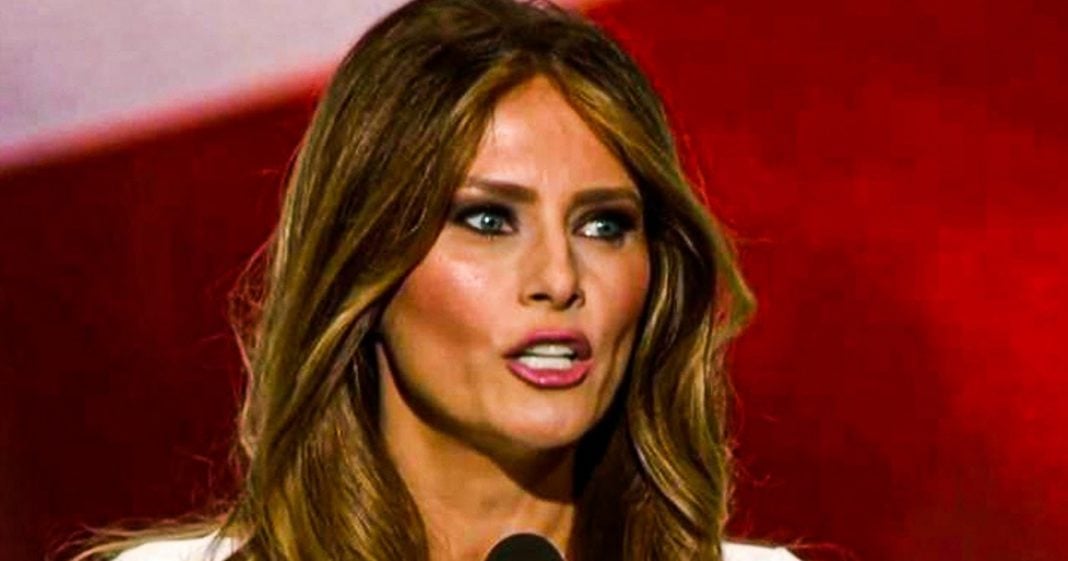 Abuse of power isn’t just for the President these days, as Melania Trump appears to be abusing what little power she has by having the U.S. Department of Justice file a lawsuit on her behalf against her former assistant for publishing a tell-all book. The DOJ claims that there was a violation of an NDA, but that is a matter that personal lawyers should handle, not taxpayer-funded legal representatives. Ring of Fire’s Farron Cousins explains what’s happening.

Well folks, we learned something interesting this week about Melania Trump. And what we learned was that much like her husband, Donald, uh, she also likes to abuse government offices for her own personal gain. This happens to be the us department of justice, which Melania is now using to Sue her former assistant, who published to tell all the woman’s name is Stephanie Winston walk-off, uh, and much like her husband, Donald, who was also using the DOJ for his personal lawsuits Melania is using the DOJ, taxpayer funded legal resources to file a lawsuit against her former assistant for publishing that tell all book for releasing those tapes where we found out that Melania hates Christmas and immigrants. And, uh, yeah, she’s just as bad as him folks.

So here’s, what’s going on. According to this lawsuit filed a 16 page lawsuit, which is very thin a lawsuit filed by the us department of justice against Stephanie walk-off. She allegedly violated a nondisclosure agreement that she signed. It was a blanket non-disclosure. So you can’t talk about anything that happened while you were employed in the white house from January, 2017 to August of 2017. She wrote a tell all book, Melania says, Hey DOJ, can you help me out on this? Can you file? The suit suit gets filed. She is using our tax dollars to fight her personal lawsuit. Cause here’s the thing. Unlike with John Bolton’s book, where there was a potential for, you know, the DOJ had to review it, you know, the, the Pentagon, everybody had to review it to make sure state secrets were not being revealed. That’s a real thing. That is a necessary thing.

This book about Melania is not that this is just a personal, I, you said you weren’t gonna say anything. And now you’re saying things, you signed a document saying, you weren’t gonna say things, but now you’re saying things I’m going to Sue you, which sure. If you think she violated the NDA, which she claims, uh, was, uh, dismissed by you. But if you think she violated it, file a lawsuit. Sure. But do it on your own dime, right? You’ve got the money. You, your, your husband knows enough lawyers. None of them are good for him or good, but he knows them. He’s got them on retainer. You can use them. You are not going to use our tax dollars to fight your petty lawsuit.

That that’s, what’s so ridiculous about this folks. That’s how the grift with the Trump family works. Cause it’s not even the Trump admin, it’s the Trump family. You know, whether you’re married into it or you were born into it. It just kind of seems to be that mentality that they have. And Melania is right there with the worst of them. She is abusing her power. She is abusing the DOJ and she is misusing our tax funds to fight back against her former friend in court. Because I got to tell you it’s a lot more intimidating facing the United States department of justice in a civil matter, like this than it would be facing a private attorney that they had to go out and hire. And that is exactly why Melanie is doing this because she knows the intimidation factor. She knows that she has limitless resources at her disposal at the DOJ. She shouldn’t, she’s not supposed to. And she likely legally doesn’t, but this is just another example of how this white house and the entire Trump family abuses any bit of power that they happen to come across and Melania is no different than the rest of them.