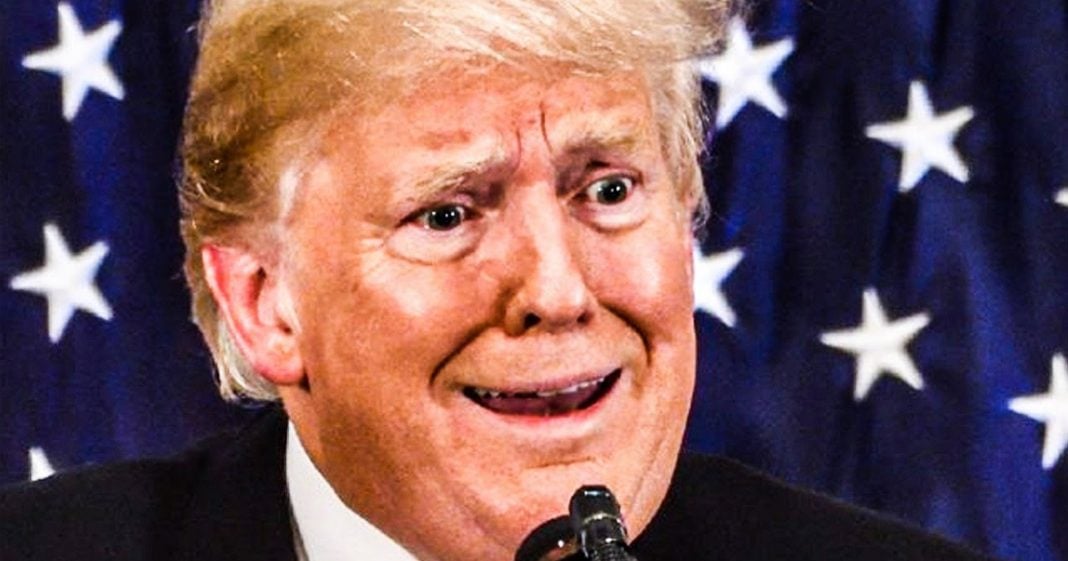 The Republican Party in California has announced that they intend to defy an order from state officials to remove their illegal ballot boxes, in a brazen move that shows a complete lack of respect for the law. The reason they feel so confident in their decision is because no one gets punished anymore. If they thought they faced the threat of prosecution they would comply, but our political landscape today seems virtually lawless. Ring of Fire’s Farron Cousins discusses this.

The Republican party in the state of California announced this week that they were not going to comply with an order from the state to remove their illegal ballot boxes from their headquarters. Here’s the story of what’s going on in California ballot harvesting the practice of going around and collecting ballots and then turning them in is legal in the state of California. But what the Republican party did was they would take their little local headquarter offices, wherever they were. They would put these boxes out there that said official. And that’s the key word, official ballot drop box. Um, because it said official, it would create the illusion among the voting public, that this was a state sanctioned ballot drop off point because they put the word official on there. And because of that, you had the secretary of state of California come out and say, these boxes are illegal and they have to be removed. And the California GOP responded with, No, we’re not going to do it. You’re telling us you’re in charge of elections in this state. You’re telling us we have to do it, but we’re telling you, we’re not gonna do it. We’re not removing the boxes. What are you gonna do? What are you gonna do?

And to be honest, you can’t really fault them at the moment for having that mindset, right? What are you going to do? What is anybody going to do? We have seen too many instances in just the last few years where Republicans, for the most part break the law, knowingly break the law, willingly break the law. Then when they’re told to stop breaking the law, they say, nah, I’m a keep breaking the law dude, Wilbur Ross just recently did it. Before the Supreme court shut down the census, a lower court said, no, you have to keep doing it. And Wilbur all said, well, I’m not going to do it. I’m gonna shut it down. Anyway, even though you’ve told me, I’m not allowed. You have Lindsey Graham who knowingly, uh, broke the law. Seemingly knowingly broke the law by soliciting funds in the Senate, building. These Republicans do crap like this all the time. This is becoming the norm.

And whenever they get called on it, they just say, well, okay, but I’m still going to do it because I know deep down, you’re not going to punish me. You know, you’re the party that cried Wolf. Oh, Oh, we’re going to get you this time. Now. We’re not really going to get you this time. So why would the California Republican party comply? They’re not going to get in trouble. Nobody ever gets in trouble anymore. Nobody left right center. Nobody gets in trouble. And that’s part of the problem. Folks. We do have a problem with law and order has Trump likes to call it in this country, but it’s not the people out in the streets. It’s the people running the parties. It’s the people in positions of it’s the people controlling the country. They’re the ones who don’t want to adhere to law and order.

Those are the ones who need to be reigned in. Those are the ones who need to be slapped in handcuffs. And those are the ones that need to be thrown in jail. Yeah. The California thing, you can argue that maybe it’s petty, just because they had the word official. They have now claimed that they’ve removed that word official from the ballot drop boxes, which yeah. Would technically make them legal at that point. But what they’re hoping to do is get this matter to go to court because what they want to happen is for all ballot harvesting efforts to be deemed illegal, cause ballot harvesting typically allows people who otherwise could not get to the polls to cast a ballot. Those people who otherwise could not get to the polls happened to be poorer elderly folks. And a lot of them tend to live in democratic areas. So we know which way they were going to vote. Republicans want to take that away, defying this court order, knowingly putting that box up where they’re with the word official. They knew what they wanted to do, and I guarantee you they’re on their way to making it happen.