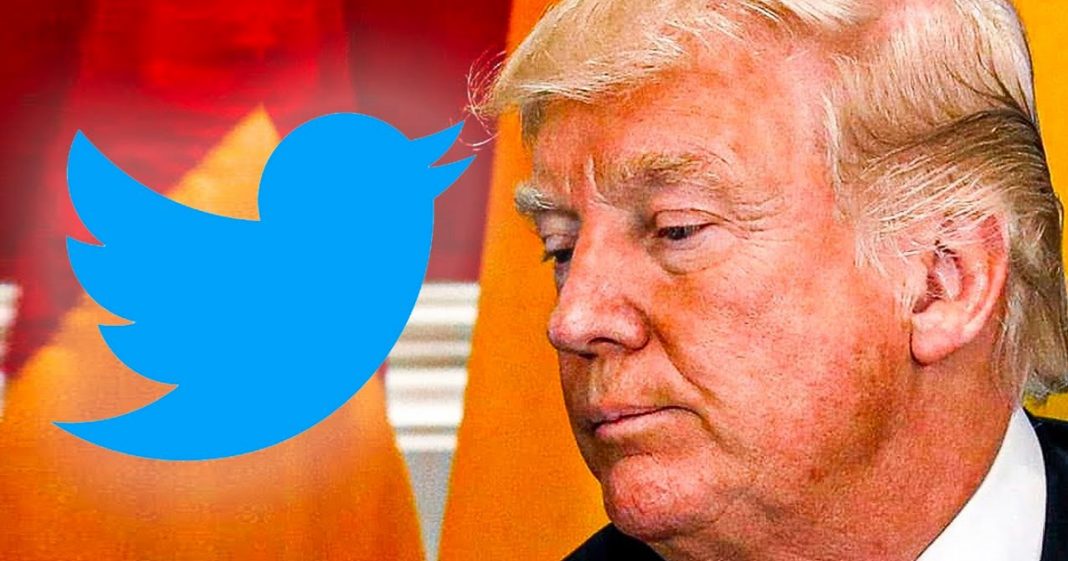 Twitter removed dozens of accounts that purported to be black Trump supporters, but they all turned out to be fake. These online trolls for Trump are becoming more and more prevalent, and the President has been reaping the benefits of having these trolls echo what he says and also to shut down dissent. Twitter is doing the right thing here, and there’s more to be done, as Ring of Fire’s Farron Cousins explains.

That was weird. Uh, three number three, three, two, one on Tuesday. Twitter announced that it had suspended many accounts from allegedly African American, Donald Trump supporters. Now, before you get outraged thinking, they are silencing black voices for Trump. Twitter explained that these were fake black people for Donald Trump. They were not. In fact, legitimate African Americans out there expressing their support for Donald Trump. They were trolls who were either proclaiming to be black people or using pictures of black people that they found online. Now, suspending these accounts, getting rid of them, definitely hurts Donald Trump’s online army, but it also shows that what we see on Twitter is not real life. It really truly is not folks. And we always have to keep that in mind because yeah, when you look at one of Donald Trump’s tweets, you see the resistance folks out there, mocking him making fun of him.

Hell I joined in on it sometimes too. Cause it’s fun. Then you see these die hard almost, you know, certifiable people say best president ever, Oh my God, we love you. And posting pictures of Jesus, gently cupping Donald Trump from behind and weird crap like that. Um, a lot of these folks are trolls. They’re not real. And we know that this is happening. It happens actually on both sides, but it definitely happens a heck of a lot more on the right. And Twitter is doing the right thing here, trying to purge these people. And these are not just simple innocuous, Hey, we want to boost the Trump presidency. You go. No, no, no, no. Many of these accounts, including the ones, they just suspended have thousands of followers. They would send out tweets that would get tens of thousands of likes and retweets on them. These were not small potatoes.

These were really influential people on Twitter that turned out to not actually be people on Twitter. So yeah, Twitter is doing the right thing here by getting rid of these bots and these trolls. And here’s the other side of this as well. We have to do our part to get rid of the bots and the trolls. And what I mean by that is not muting them or blocking them. You have to actively go out there and report accounts too. So that Twitter kind of gets an eye out there to, to know where to be looking in the last month. I can promise you, I have reported a hundred, at least Twitter accounts as spam or suspicious. And how do we know you click on their profile? Have they ever tweeted or retweeted anything? That’s not a pro Trump tweet and they’ve only been around, you know, for a week or two on Twitter.

Yeah, probably a bot. And they’re becoming more prevalent. You know, we have seen right-wing agitators use these kinds of troll farms. Uh, Charlie Kirk, I think. And uh, TP, uh, turning point USA, all he can think of is TP. When I think of him, um, they got bust doing this not long ago. Um, Sally Albright on the left got busted doing this. They do it all the time. They either run multiple accounts. They, you know, contract out these little troll farms and they do it to pump up a singular message with the case of the accounts that Twitter now suspended on Tuesday. It was, yes, I am black and I am voting for Trump. And they found out that all of these accounts were tweeting out the exact same thing all the time. That was the big red flag there. But you can help Twitter by throwing up the red flags yourself by reporting all of these accounts.

You know, the obvious one. So you can tell, you can tell when something’s a real person, you can tell when something is a bot report, the bots let’s clean up Twitter. Let’s get these things out of here. Show that can once again have the miserable experience that is Twitter and know that we’re fighting with a real person and not with some, you know, computer algorithm or somebody overseas who doesn’t even know what we’re talking about. Let’s go back to fighting with each other and not fighting the machines. But for real though, report the bots. You know what to look for? No, you can tell, help Twitter out here and let’s make the whole experience a little better. But for the time being Twitter is doing a pretty good job of weeding these out. Hopefully keeping the discourse honest, but there’s no telling how much damage has been done by some of these accounts that were allowed to grow and prosper before they finally got shut down.