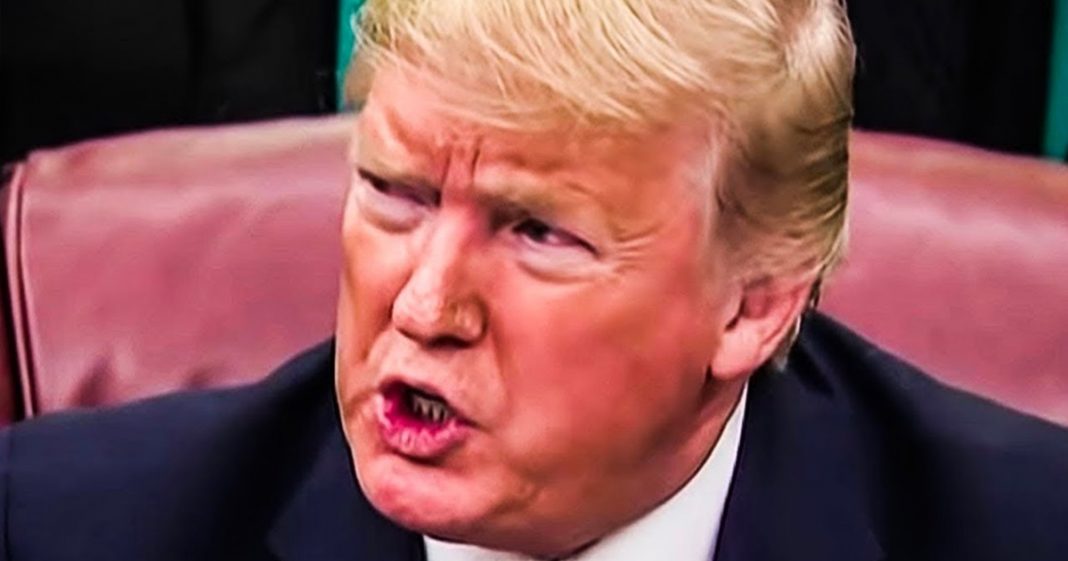 Donald Trump has promised American seniors that they are going to be receiving gift cards to help pay for their prescriptions worth up to $200. What he didn’t tell them was that this $8 billion plan is going to use money from Medicare itself, thereby weakening the security of their overall healthcare plans. Ring of Fire’s Farron Cousins explains what’s happening.

Donald Trump is still trying to bribe American senior citizens into voting for him in November. His poll numbers among seniors across the country have taken a nosedive ever since the pandemic broke out. And it became clear to this generation that Donald Trump is more than willing to let these people die. To keep the economy running. Uh, it’s hurt him all over the country. It is especially hurting him down here in Florida, uh, where Joe Biden now has a commanding lead on this formerly solidly Republican voting block. If Trump cannot win seniors in Florida, he cannot win Florida. And right now he is not winning seniors in Florida. So here’s what he’s doing. And we reported this when it was first announced, he is going to send American senior citizens on Medicare $200 gift cards that they can use for prescription drugs. Now, before you announced the gift card thing, he had said that he was going to work with drug companies to get most favored nation status for people on Medicare, meaning whatever the lowest cost of that drug is somewhere else in the world.

That’s what Medicare recipients would pay for. It. It’s a great plan. Something it should be done. He said he would was going to do it, but clearly he didn’t do it because now instead of actually lowering costs for you, he’s giving you a one time, $200 gift card. This plan we’ve now found out is going to cost $8 billion sending roughly 40 million American seniors, a $200 gift card, but problem is they’re still trying to finalize it. They’re actually hoping to have the finalized plan tomorrow Friday, uh, to send out letters, hold up right now, by the way is, cause they’re still trying to design the cards, the gift cards themselves, because they got to find a way to put Trump’s name on it. Politico says, so they’re trying to make these little nice Trump gift cards that your grandparents, or maybe your parents, or maybe even you are going to be receiving to pay for your Medicare prescription drugs, because Trump lied to you about getting you most favored nation status.

So instead, he’s trying to give you 200 bucks, which is a bribe. And here’s the worst part that we also found out about this week. This is not just aha. I’m spending 8 billion of bribe seniors. He’s not spending his own money. As we all know, he’s actually stealing it from you. Cause that 8 billion to pay for this plane is coming out of the Medicare trust fund, the trust fund, which is supposed to keep the program going in case anything bad happens in case the funding dries up or gets cut off momentarily. You have the trust fund there to keep it going during times of hardship and he stealing from your future to buy your vote today. That’s what he’s doing. Cause he’s already cut the funding mechanisms for Medicare. He’s cut the actual funding for Medicare and now he stealing from the future of it.

In hopes that 200 bucks is all your votes going to cost him, hopefully American seniors understand what this is. Hopefully American seniors understand that they were promised far more than just a $200 gift card. You were promised overall lower prescription drug prices forever, not a onetime $200 gift card with Trump’s name on it. Oh, and by the way, because the gift cards won’t even be able to make it out to seniors before the election. At this point, um, they’re going to spend 20 million to send you a letter letting you know that Trump did this. So that way there’s no confusion about seniors knowing who gave them their $200. You won’t have it in your pocket yet, but you will have that wonderful, nice, you know, fancy letter from Trump saying I’m giving you $200. Make sure you vote for me in November.