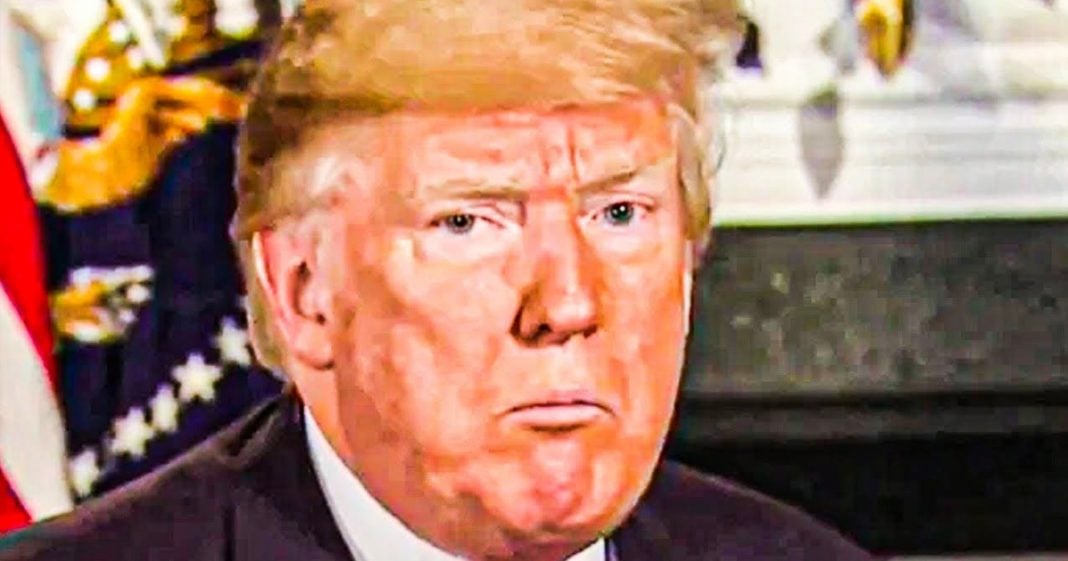 According to the latest round of polling, Midwest swing states – Wisconsin, Minnesota, Ohio, Pennsylvania – have now all swung to Joe Biden, as the former Vice President is being propelled by suburban women and white men. These groups now see the damage that Donald Trump has caused, and that it is effecting them daily, and they want it to end. Ring of Fire’s Farron Cousins explains what’s happening.

New polling data out this week has some very bad news for Donald Trump and his chances of reelection this November. Now I know, I know what you’re thinking. You know, there hasn’t been any good polling data for Donald Trump within the last five months, and you’d be correct. Um, everything’s been real bad for him, but here we are less than three weeks to go until the election. So these polls do matter. There’s new polling data comes from the Midwest, the Midwest swing States, Minnesota, Wisconsin, Michigan, Ohio, and Pennsylvania. All of which went for Trump in 2016 with the exception of Minnesota, which went for Hillary Clinton by one and a half points, which is the smallest margin a Democrat has had in Minnesota since the 1980s. Nevertheless, all of these States are now going for Biden right now, all of them, according to the latest polls. And here’s why I’ll just read it straight out off here, Biden Lee’s Trump eight points in Michigan, 10 in Wisconsin among likely voters.

Uh, those leads rely heavily on surge with independent voters and white voters without a college education alongside a slight boost from voters who supported third party candidates in 2016, um, 4% of voters said they plan to switch their vote from 2016. A huge majority of whom were moving into the democratic camp. Biden held a 43 point lead among those voters. 43 point lead not he had 43% of them, a 43 point lead among the voters who said they’re switching from 2016, um, who were clustered heavily in suburban Minnesota, all over Wisconsin and in Eastern Pennsylvania.

We’re very likely, uh, especially according to five 38, we’re very likely looking at, um, a major, major landslide presidential race this year for Joe Biden. And as I always like to point out, literally not of it’s because of Joe Biden, they, this is happening in spite of Joe Biden. Like he’s going to win in spite of himself because that is how universally hated in this country. Donald Trump has become, he was already disliked in 2016 when he won, but now he is outright hated because people see what he’s capable of. You know, in 2016, it was a novelty 2016. It was, Hey, look at this guy, wouldn’t it be funny if he was president, but now nobody thinks it’s funny anymore. People understand how dangerous it is. And they see that he has no clue how to handle anything. Honestly, had it not been for the pandemic, Trump would be winning winning right now.

Trump would be ahead. Trump would likely be coasting towards a very easy re-election assuming not having the pandemic did not change the results of the democratic primary, but it’s because of the pandemic that everybody in this country got to see, including by the way, those suburban women that this polls talking about, you know, the, the undecided voters, the moderate voters, the men, the white men without college degrees, who went overwhelmingly for Trump. Now they’re actually a 50 50. I think they’re seeing that Holy crap, I’m actually being affected by these policies. I’m being negatively affected by the policies of the president himself. Now you may think that that’s a weird thing to say everybody’s affected by all the policies to a degree. Yes, but it’s not in effect that you see in your daily life. All the time with the pandemic, we have been presented with something unique.

The policies from the very top have effected everything. Every single one of us has done since March or April. And for most of us who aren’t in the top 1%, who’ve made an extra $600 billion this year, the effects haven’t been good, not at all. And so that does have a huge impact on these moderate voters, because they may say, well, I don’t know about Biden. I don’t know what he’s going to do, but at this point, there’s no way he could do worse than what’s in the white house right now. So I’m switching to Biden. Trump doesn’t have enough time to make up all the ground in these swing States. You know, he can try with all these October surprises that are coming and going and failing the New York post story that unraveled as quickly as it hit. Um, he’s not going to be able to close all the gaps. People don’t care about the shiny objects right now. I mean, this might be one of the first elections in my lifetime. We’re actually seeing people vote, not with their emotion, but with their brains, that is going to be a game changer and not in a way that any Republican should feel happy about.