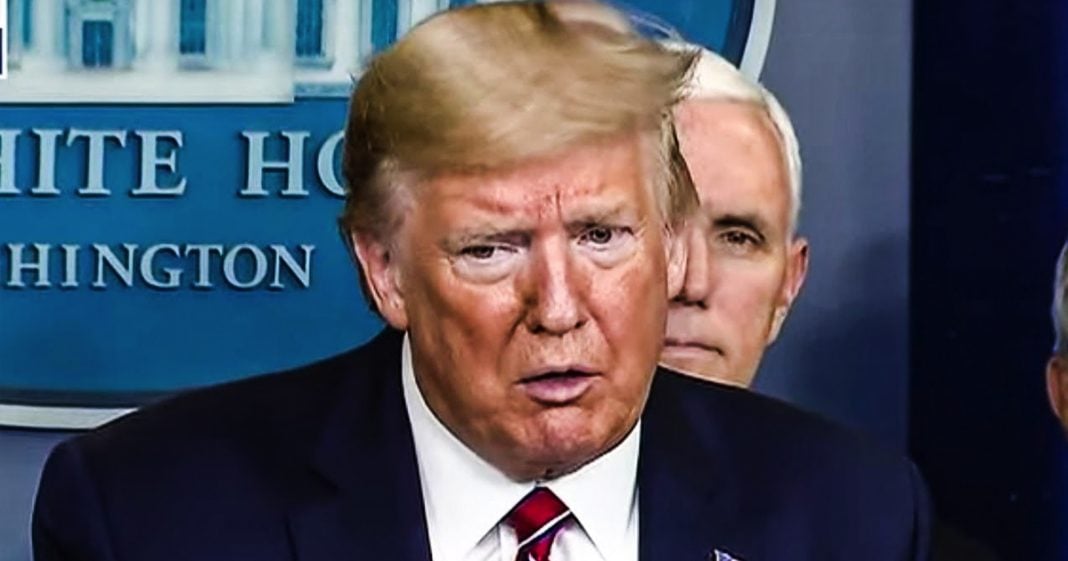 Republicans want Donald Trump to stop doing and saying stupid things for just a few days so that they can confirm his SCOTUS nominee, Judge Amy Coney Barrett. They believe every time he does something ridiculous, he is increasing the chances that the public will turn on Republicans and, by extension, turn on their new Supreme Court justice. Ring of Fire’s Farron Cousins explains what’s happening.

Republican strategists are not happy with Donald Trump right now. And they are begging him to just shut up, you know, disappear for a few days while the Senate goes through the confirmation hearings for judge Amy Coney Barrett. Here’s what these Republican strategists told the daily beast during interviews this week, they said, anytime Trump is not on the front page, that’s good because the more the public focuses on him is the less the public is focusing on what’s happening in the Senate. Now that may seem odd and counterintuitive, right? Typically with these hearings kind of like the Kavanaugh thing, Republicans don’t want the public watching. They don’t want the public paying attention, but Amy Coney Barrett does not have such a sorted history, uh, as a Kavanaugh. Oh, she’s got plenty of troubling things in there. All right. But Republicans think that Democrats publicly attacking those things, notably her religion would be walking right into a trap.

And in a way it is, believe it or not folks, even though we are terrified by her extreme religious beliefs, most Americans would see any attack on that as an attack on religion in general, they’re incapable of differentiating the two, you know, extreme religious belief imposed upon everyone versus all. Religion is bad. That that’s what they take it as. And so, yeah, Republicans want people to watch this. They want people to see what a good, nice, honest little happy person. Judge Amy Coney Barrett is they don’t want public to see this as wow. That crazy guy at the rally last night, whose claims he’s immune from the virus, even though doctors have not said that, um, this is who he picked week. That’s what is stressing out these strategists, the more Trump goes out there and does crazy things like Tuesday morning when he tweeted out over 60 tweets in a two hour span, some of them were retweets were retweets of tweets that were like a week old from other people.

Like, I don’t know how he was fighting these tweets to retweet them, but he did. And everybody saw it and were like, what the president is kind of freaking out right now. We’re not sure what’s going on, but he’s not making any news in a good way. And it’s stressing Republicans out. This should have been an easy week for them. Right? You do your, your public confirmation of Amy Coney Barrett. The public gets to see her. You’re already closing the gap on the number of people who think it shouldn’t happen. You got this in the bag. All Trump has to do is not go out there and be crazy to remind people that a crazy man is the one who nominated her. And he can’t even, I can give you that. This isn’t going the way Republicans planned, but I guess you could probably say the last four years haven’t gone, the way that Republicans had hoped they would.