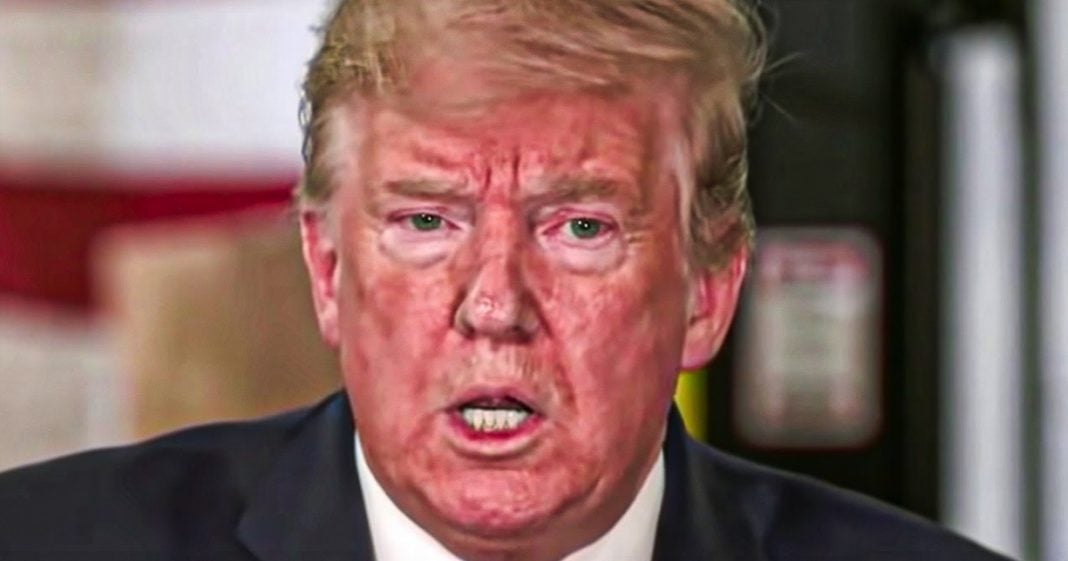 Conservative Washington Post columnist Jennifer Rubin believes that Donald Trump has turned the Republican Party into a death cult and that his actions are going to bring the Party to a landslide defeat in November. She’s not completely wrong with her prediction, but her assessment of the Party still remains off. The never-Trump Republicans still don’t understand that he isn’t the problem, he’s the result of ignoring the real problems for years. Ring of Fire’s Farron Cousins discusses this.

I hope she’s right. To be honest with you. I really truly do, but here’s the problem. And I just said this, but it needs to be said again. And I’ve been saying this as many others have for several years now, stop acting like Trump is the problem. Trump is the result of ignoring the problems. You know, if you have a tumor and you’re like, wow, look at this tumor. Oh my God. And then two years later after ignoring the tumor, you suddenly have other symptoms. You don’t point to those symptoms and be like, Oh no, here’s the no, no, you ignored the tumor. You let it grow and grow and grow. And yet it started pressing on nerves. It started causing other problems in the body, but that’s only because you did nothing about the initial problems. Trump is the result of ignoring the early symptoms, the early warning signs of your party.

You know, you should’ve known when John McCain tapped Sarah, Pailin that things, weren’t all good. You know that maybe there’s something wrong with this party a little bit. Maybe we ought to get it checked out. Maybe we just take it into the shop real quick to make sure that squealing in our breaks, isn’t gonna, you know, become a big problem later down the road, but they didn’t. And now they’ve got Trump in these never Trumpers, whether it’s the Lincoln project or Jennifer Rubin or any of these other, you know, Michael Steele, former RNC chair, it’s not Trump. It’s you, it’s all of you. It’s everything. You all have pushed for decades. Now, the only thing you and your party know how to do is cut taxes. The only thing you and your party want to do is cut taxes and regulations and pack the courts. That’s it like if you could do those three things forever, you’d be happy.

Problem is even though Trump’s done all three of those things for you, which you love by the way, he’s also very abrasive and he’s turning off the moderate folks. I mean, that’s what the poll numbers right now are showing. And when you turn off the moderate people, especially at a year like this, where there’s more Republican Senate seats up than there are Democrats, then yeah. You’re likely to lose a lot of power. And that’s what they’re concerned about. That’s what Jennifer Rubin is afraid of. She may go and cast her vote for Joe Biden this one time, but she’s going to be voting Republican the rest of that ticket. Same thing with George Conway, same thing with Michael Steele. They’re going to be voting Republican after the presidential Sexton section on that ballot. And then in elections, after this, they’re going to be voting Republican on every single person after November 3rd. Those never Trump Republicans are going to go back to just being Republicans. They’re not going to be our friends. They’re not going to acknowledge that Trump was just a symptom of a broader problem with their party. They’re going to go back to pretending, Oh, all is well, we have bad policies. We have no new ideas. We can obstruct. We can do this, but we’ll never actually address the reason why people truly don’t trust us because in our mind, those problems don’t exist and they all went away. When Trump did.