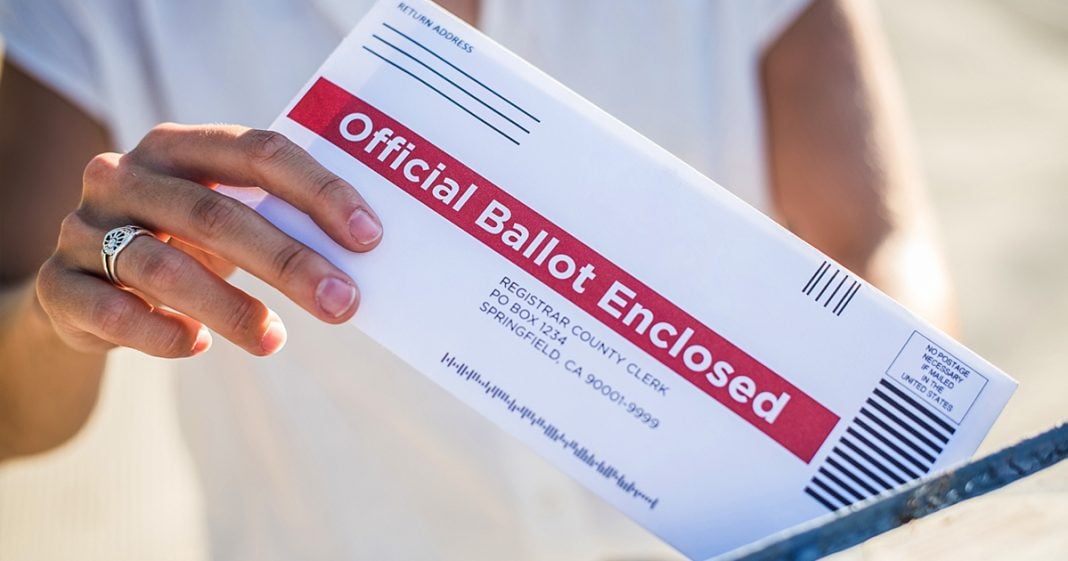 The Republican Party was embarrassed by a judge on Monday in Minnesota and they had their lawsuit against Minnesota thrown out due to a lack of evidence. Republicans tried to claim that the rampant fraud in the state made it too dangerous to allow vote-by-mail, but the judge cited the fact that there’s literally no evidence to back this up when dismissing the lawsuit. A win for voters and a loss for Republicans, as Ring of Fire’s Farron Cousins explains.

A lawsuit brought against the state of Minnesota, uh, by two Donald Trump electors for the 20, 20 presidential election has been thrown out by a judge because these electors couldn’t provide any real evidence as to why the state shouldn’t accept mail in ballots. Um, as they said up to a week after the election happens, the two Trump electoral has actually filed the lawsuit, trying to say that, listen, you can’t accepted way after the election, even though we’ve slowed down the mail. Uh, and plus it just makes it more ripe for fraud because people will apparently wait to see what happens election day, then somehow send in a bunch of mail in ballots to counter the Trump votes in Minnesota. I don’t exactly know how it works out. And luckily, neither did the judge who absolutely did not buy this argument. And so she slapped down this lawsuit, dismissed it by pointing out the fact that since 1979, the rate of voter fraud in the state of Minnesota is 4e-06% 4e-06% is the rate of voter fraud in the state of Minnesota for the last 41 years. So she said, what these electors are doing is, is just creating mass confusion, essentially creating hysteria over something. That’s not real right. That’s about the same rate that people see Bigfoot.

And that is what Republicans think warrants trying to strip people of their right to vote in the middle of a pandemic when people are afraid to actually go to the polls because they don’t trust that it’s going to be safe to do. So. This is a great ruling by this judge, because not only did it smack down these Republican voter suppression efforts, but it smacked them down with facts. You know, as, as men Shapiro love say, facts don’t care about your feelings. So if you feel that voter fraud might happen, okay, the, the, the evidence doesn’t back it up, folks, the evidence doesn’t exist. Donald Trump put together his most loyal group of Republicans possible. The most corruptive Republicans you could imagine to go out there and you find me that voter fraud, so I can be proven, right? And they had to come back and say, Oh, we looked and we looked, man, it doesn’t exist.

You know, we love you. We’ll lie for you until the end of the day. But, but on this particular issue, man, we can’t find it. Do you know why it doesn’t exist? Folks? Because the threat of going to jail for five years for the net benefit of casting, one extra vote is not worth it. You see even some of the most psychotic criminals out there, the risk has got to be worth the reward, right? And if you could commit voter fraud and guarantee that it meant your guy or girl was going to win, then sure that might be considered worth it. But when it’s for an extra one vote or even 10 votes, or even a hundred extra votes, five years in prison to maybe, maybe get your candidate caught back up in a single County, in a single state, everybody knows that’s not worth it.

Not only that, but it would be exceptionally difficult to do the planning involved in it is not worth the risk or the reward. You know, the personal time you would have to spend planning out how to get your hands on these ballots. You know how to turn them in without getting caught. My God, it’s just almost impossible. Once you really start to think about it. And it does become comical because Republicans are out there telling us right now that this happens that this is actually a thing we should be afraid of. No folks, it’s a thing we should laugh at because it’s simply not feasible, right? You’re more likely to encounter Bigfoot than you are to find somebody actually committing voter fraud here in the United States. And that is essentially what this judge was telling these two moronic Republicans who were trying to suppress hundreds of thousands of votes.