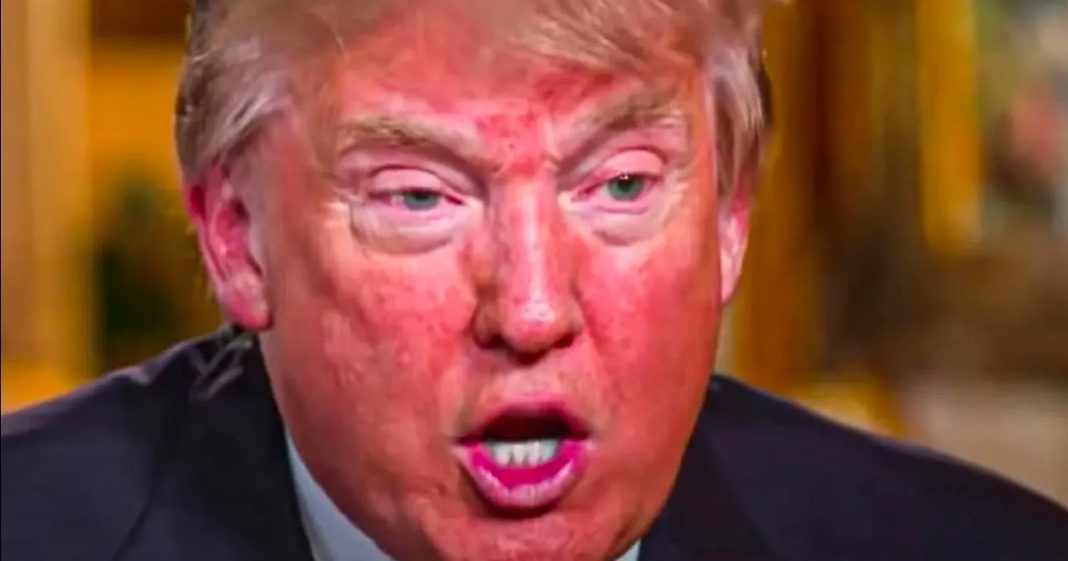 According to a new report, staffers in the West Wing are terrified that they will be infected with the Coronavirus by Donald Trump now that he has returned to work. And they have every reason to be scared – a leaked FEMA memo shows that more than 30 employees have already tested positive for the virus, and this outbreak is NOT going to be going away any time soon. Ring of Fire’s Farron Cousins discusses this.

According to reports staffers inside the West wing of the white house are absolutely terrified to go back to work. Now that Donald Trump is back in the West wing, allegedly, uh, and working a normal schedule, uh, before we get into the story, I just do have to point out the fact that there were reports like two weeks ago, you know, long before the, the Corona virus infection in the white house that said that Trump rarely spent any time in the West wing of the white house. So why is it now, now that he actually is infectious with this disease that he decides, you know what I’m going to go do, do West wing stuff. I’m not going to stay in the residence part of the white house where it’s kind of safer and up secluded. Now, now, now after four years, I’ve decided I’m going to go over here and actually pretend to work for a while. And it’s terrifying staffers. According to interviews with sapphires and former staffers who are still in contact with current staffers, they’re terrified, they’re afraid for their lives because they don’t want to get this virus because they understand that they’re not going to get the same level of care as the president. They understand that they still have to go to work every day. You know, they don’t have the luxury of being able to just take some days off or possibly working from the hospital.

That’s the reality that they and the rest of the country, most of the rest of the country, if you’re not on the top 1%, that’s the reality that we live in. And it runs contrary to the alternative reality that Donald Trump just got to experience with his wonderful socialized medicine, but what’s happening with the staffers in the white house. And I have repeatedly expressed that I’ve run out of sympathy for them. It isn’t fair to them. And I do have sympathy for them on this particular issue. I really truly do. They shouldn’t have to be in this situation. They shouldn’t have to be in this position. You know, they won’t even mandate mask wearing in the white house. It’s optional. It’s up to you. We don’t want to infringe on your rights, which is weird because there actually is a dress code in the wa in the white house, there is a dress code.

You can’t just walk around there wearing whatever you want. You have to adhere to certain standards. So if there’s a dress code, but they’re not going to mandate mass, cause they don’t want to, you know, infringe on your rights, then how is the regular dress code, non infringing upon your rights? See, that’s one thing that these conservative morons out there who’ve been anti mass. Don’t seem to understand you can’t just walk into a Walmart wearing nothing but your underwear. You can’t, there’s actually rules against that. So we do actually police people’s clothing choices. And I would say a cloth mask that you wear on your body does constitute a piece of clothing,

But here is the other kicker. One of the reasons these staffers are so terrified about going back to work in the West wing is because the white house has once again been lying to us about how severe the outbreak is among the staffers. According to a copy of a FEMA memo this week leaked yesterday, actually, um, 34 staffers so far have contracted the virus, 34 that’s according to elite memo. We weren’t supposed to see it. We weren’t supposed to know it, but that’s the reality that these staffers are living in. And that’s why they’re afraid. It’s not just because, Oh, Trump has it. I don’t want to get it. They know that this thing is spreading around the white house faster than an STD spreads around the villages down there in Florida. That’s what’s happening and it’s happening because of the carelessness, because the irresponsibility, the lack of empathy for other people and the total and complete disregard for science. That’s why this is happening right now. And as long as those things still exist in the white house, it’s going to be a long time before this white house outbreak comes to an end.