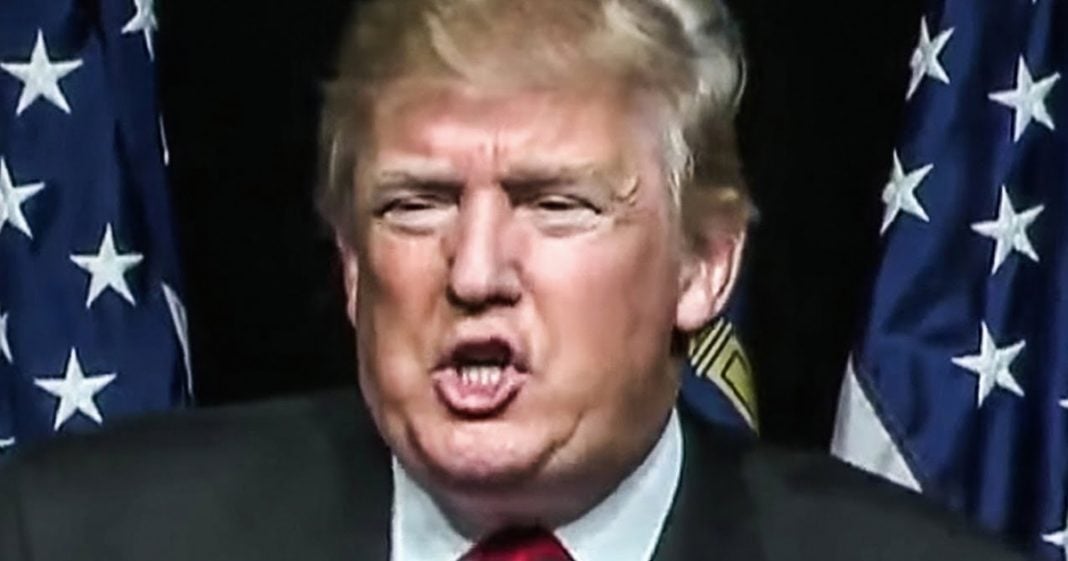 On the surface, it certainly looks like Donald Trump is headed towards disaster on election night, but his campaign is doing everything within their power to make sure that doesn’t happen. According to reports, his campaign is still actively trying to convince Republican governors to let them install their own electors for the state, which is their attempt to steal the election from the Democrats. Ring of Fire’s Farron Cousins explains what’s happening.

As it stands right now, if the election were held today, Donald Trump would definitely not be president, uh, beyond January 20th of next year. That’s just what the polls are telling us. Right? Joe Biden has a commanding double digit lead over Donald Trump. Donald continues to embarrass himself and the country on his Twitter feed. He is not doing himself any favors. He is not implementing any good policy. That’s going to switch people between now and election day is toast. I mean, for all intents and purposes, the man is toast or so it would seem on the surface behind the scenes. However, his campaign is actively working on a plan that could keep him in power, even if he loses the presidential election. And they do that by essentially stealing the presidential election. And now I’m not talking about all of the Republican voter suppression efforts. We’ve seen plenty of that and that is going to play a factor, but it’s their other plan.

Their other plan is to steal the electoral college. If they can’t suppress enough democratic votes and Joe Biden and Kamala Harris win the popular vote in swing States controlled by Republicans. The Trump campaign is hoping that these Republican governors will allow them to install their own. Trump picked electors to send them to the electoral college, to ignore their state’s popular vote, and just vote for Trump anyway, giving him the presidency for another four years. That’s what we’re dealing with right now. Um, according to reports, Trump’s campaign has been meeting with the 30 Republican governors across the country. And for the most part they’re planning, it can’t happen because it’s actually two state legislatures, according to the us constitution. Sorry, I had a Mike Pence fly come in, uh, according to the us constitution, it’s up to state legislatures, how those electors are delegated. And a lot of these Republican governors do have split legislatures.

Um, so there’s really not a whole lot of danger of this happening in all of the Republican governor States. There is one state, however that this absolutely could happen in. And that is my state here in Florida, Republican governor Republican controlled legislature, very loyal to Trump down here. They could steal the election by stealing Florida and here’s what they would do. They would go make a deal with governor Ron DeSantis and say, listen, uh, we don’t trust the electors. We think there’s going to be a lot of voter fraud down there. So we’re going to our own people and they know they know how to vote properly, but we need you to tell the legislature that this is the case, you know, get your supervisor of elections in there, tell them there’s too much fraud. Trump obviously was probably the winner. So go ahead and give him a, you as his electors.

And that’s how the story ends. Should this happen? I it’s hard even predict what would happen if this happened. This would create pure chaos here in the United States, throw us into a constitutional crisis, the likes of which we never even imagined, but that is the reality that we are facing right now. That is absolutely a thing that could happen. And it’s a thing saying that his campaign is actively working right now to try to make sure happens. That’s the scariest part. This isn’t some obscure idea. This isn’t a far off crazy conspiracy theory. This is something that his campaign is currently trying to turn into a reality.