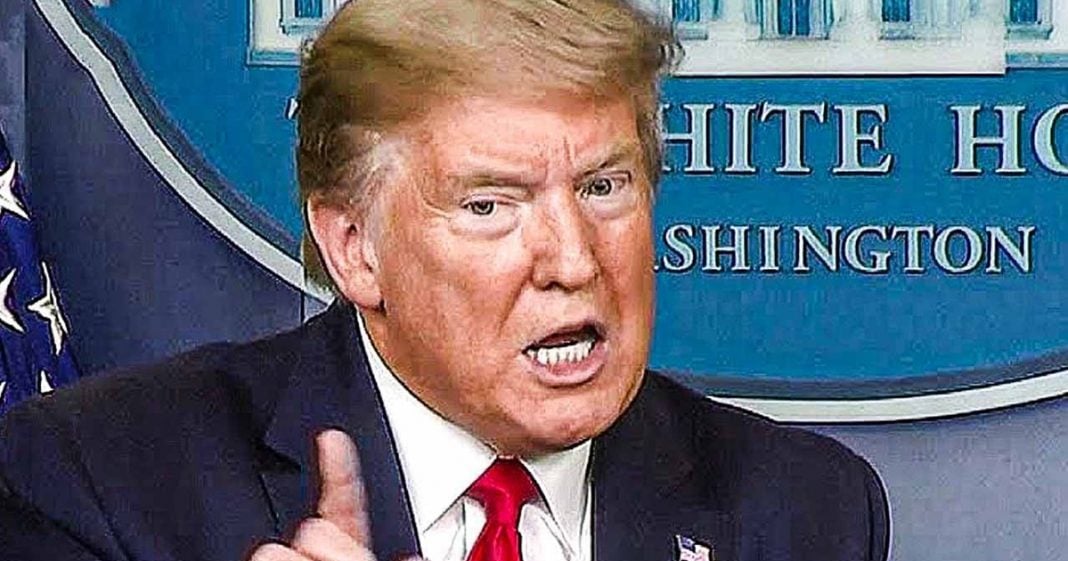 Donald Trump and the Republicans want you to think that Socialism is the enemy, but according to the very definition of the word, Socialism means the protection of a society using the funds and other resources of the government. That’s exactly what a government SHOULD BE DOING. Not only that, but some of the most successful programs in the history of this country are Socialist programs, as Ring of Fire’s Farron Cousins explains.

Well it’s campaign season, and it wouldn’t be campaign season here in the United States, without Republicans trying to warn us about these so-called evils of socialism, a word that most of them probably could not define, because if you were to actually look up what socialism means, uh, two definitions, one, obviously the, uh, control of the means of production by the workers or to a government style in which the government uses public funds to help the people. Typically, you know, those at the greatest disadvantage, but really all people in the government. And I ask you, how was that a scary they, how was it bad to use government money, which we’re all paying money into the government? How is it bad to use that money to benefit us, like to get something back out of what you’re giving and how is that a scary thought? And the answer is obviously it’s not a scary thought.

The truth is that Republicans and Democrats, you know, way back a hundred years ago, we’re using the socialism boogeyman to scare people because that’s when you had, you know, the socialist to Russia that was failing, you saw socialism the bad form of socialism, and really actually just fascism creeping up in Europe. And it was fascism disguised as socialism, by the way. Um, it wasn’t real socialism, but nevertheless, they use that back then and ever since then a hundred years now, it has been the talking point. Don’t vote for my opponent. They’re going to bring socialism here. And it’s so far removed from what the actual scare was back then, that nobody even realizes what they’re afraid of. There was a wonderful op-ed posted and truth out by Peter Montague actually laying all of this out. This is where this came from. And to kind of put an in perspective, Montague points out that socialism is about as American as Apple pie.

He actually includes in his, a history of socialism, which explains everything that I just explained, except he does it far more eloquently. And in much greater detail, there’s a link in the description, go read it. It’s fascinating. And it will absolutely make you realize that socialism probably the best way to go. And there’s nothing to be afraid of with it, but he includes a list. He includes a list of all of these socialistic programs, socialist programs, I guess, here in the United States. And here they are more than 98,000 public schools. And about 1,750 public colleges and universities, plus numerous junior colleges, community colleges, and vocational schools in every state, the U S public transportation system, trains, trolley, subways buses, including school buses, plus the rails roads and highways they run on that are owned by run by paid for by and or heavily subsidized and regulated by governments.

That’s all socialism more than 10,000 public library systems waste collection systems across the U S U S, which are mainly supported by public funds. Uh, 30,000 fire departments, about 1000 public hospitals, nine one, one emergency services. You know, Republican’s always telling us, especially right now, the Democrats are going to get rid of the cops. Well, those cops that you claim to love so much are that socialism thing that you love to hate so much, sorry. Uh, numerous public beaches, parks, forest recreation, areas, nature, preserves reservations, grazing, lands all of this ladies and gentlemen, American socialism. And of course that doesn’t even begin to hit on things like social security, Medicaid, Medicare, where we take care of people who need it the most. That is what this socialism is. So if you’re worried about a candidate bringing socialists to the federal government, I suggest you open your eyes, pull out a dictionary, find out what socialism is because it’s all around us. And to be honest, most of us enjoy its benefits on a daily basis.