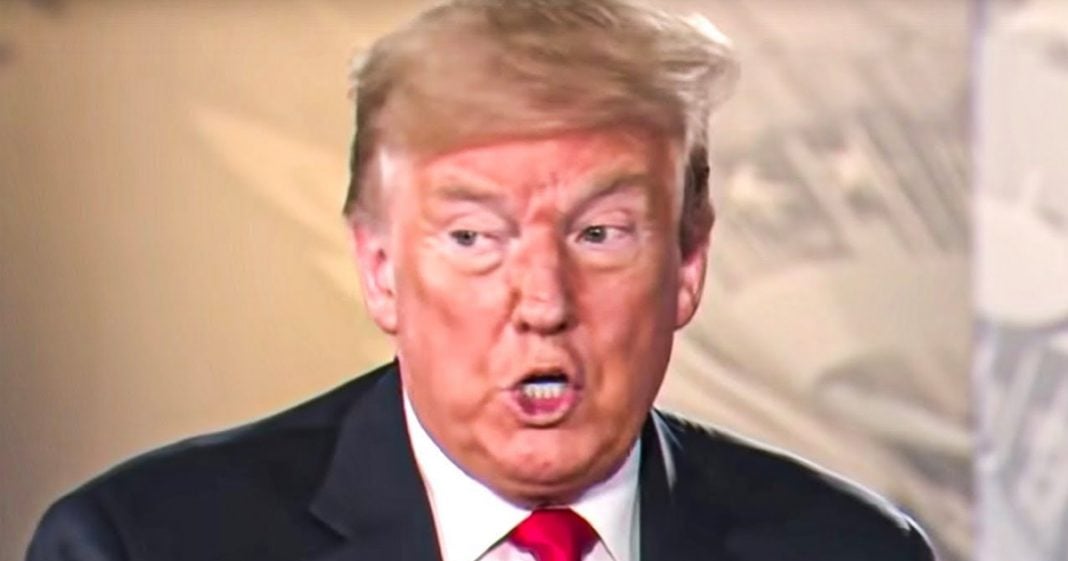 Donald Trump was hoping to energize his base with a renewed attack on immigrants, but a federal judge has now put the brakes on one of his plans. Trump attempted to limit all sorts of work-related visas from now until the end of the year, but a federal judge last week said that the President does not have the authority to do this. Ring of Fire’s Farron Cousins explains what’s happening and why its happening.

As we inch closer and closer to election day, Donald Trump has launched a lot of different attacks on immigrants here in the United States. He has cut down on the number of refugees we’re going to take in a department of Homeland. Security is announced that ice is going to be doing more raids and sanctuary cities to paint Democrats as harboring illegal immigrants. But the attacks go even further back than that. It’s not just things that have happened in the last two weeks back in April, you know, shortly after, by the way, the Mar-a-Lago, you know, season where Trump likes to go down there in the winter time, shortly after all that was over, uh, he announced a new policy and the policy was that they were going to significantly cut back on the number of [inaudible] immigrant work permits, which to put it in layman’s terms, the number of migrants we allow to come over each year on temporary working visas.

We’re going to cut that down to next to nothing. Now at the time Donald Trump said, obviously this cause the economic turndown, right? Oh, you can’t come and work here because we’re having a slow economy. We don’t need immigrants to come over and do things. I’m not sure it actually worked, but nevertheless, he did it. He cut down on it. And many of the industries, by the way, that actually depend upon migrant labor suffered as a result. So they filed a lawsuit in late last week. A federal judge ruled that Trump overstepped his authority. He can not just straight up limit the number of particular visas because it was targeted at certain industries. So therefore y’all can’t do it. Um, and again, he waited for the season, you know, knowing his own resorts that also hire people on these visas, we’re gonna need the help. So that’s why he cut them back.

That’s not necessarily the only reason why he cut him back. But I think that played a big role in it. He knew, well, shoot, we don’t need any this year. Oh well to hell with anybody who does folks, not only was this, obviously yes, illegal, but we have to understand something. This economy, according to reports, according to analysis on this, we have to have the migrant workers come in. We need them. We are dependent upon them. They hold a hell of a lot of power because if we do not have them come in, our agriculture industry suffers from it. Our tourism industries suffer from it around the country. We need them. We truly do. And we treat them like garbage when they come here, like that’s also disgusting. We would have industries, whole industries die without these people coming in. And we treat them like some kind of vermin, like a scum that has come into this country that is absolutely horrendous and unacceptable. And inexcusable. Trump does the same thing. He knows that he needs them for Mar-a-Lago and some of his other resorts. And yet he is the first person to get behind a podium and say that everybody coming from Mexico is a murderer or a rapist or both. That’s what he launched his campaign saying, knowing full well, he was hiring him down there.

We owe these people. We owe these people better treatment. We owe them better wages after all. They’re the ones, keeping certain areas of our, you know, certain industries afloat. It’s time to start treating them like the human beings. They are and time to start respecting them for their overall contributions to the United States, which based on what we’ve learned in recent weeks, apparently held a lot more than Donald Trump has ever contributed to this country.