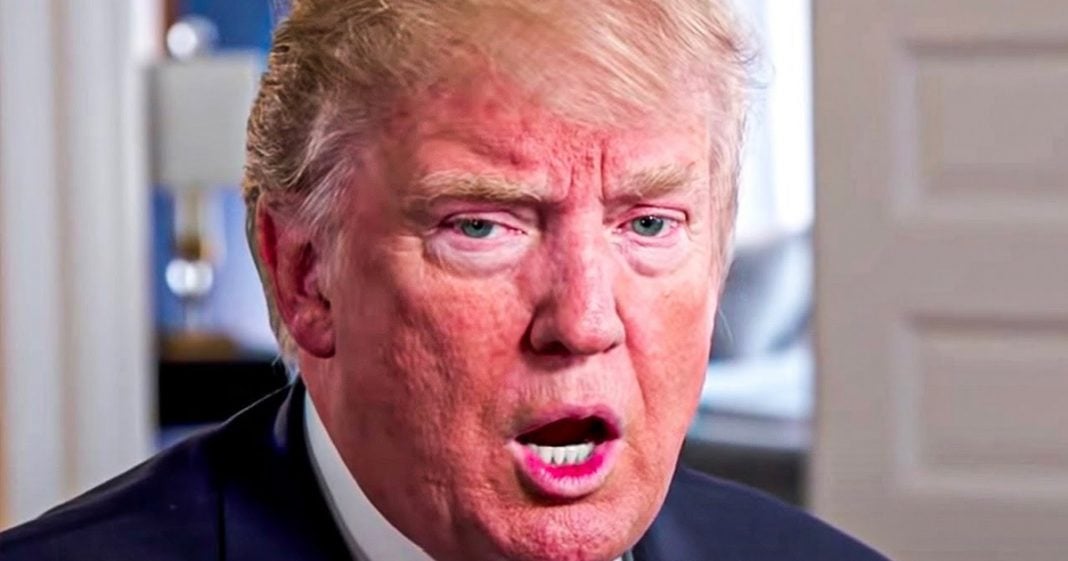 The timeline. The need for supplemental oxygen. His overall health statistics. The administration has been misleading the public for nearly a week at this point, but we only learned about the deception on Friday. And just as the virus spreads through members of the White House and the Republican Party, so too are the lies that are infecting countless Americans. Ring of Fire’s Farron Cousins discusses this.

I’m going a hell of a weekend, right? Uh, starting on Friday with Donald Trump, uh, being airlifted to Walter Reed hospital, watching that helicopter sit outside the white house for, for nearly an hour. After it showed up to immediately take him wondering what was going on. Then the president comes out, goes to the hospital. We get kind of mixed reports. He’s doing great. He’s not doing so great. Oh, he’s making a great recovery. Oh, the next 48 hours are vital. Oh, his O two stats are bad. They’re good. Uh, he just found out about it this morning. Oh, he’s known about it for 72 hours. Nobody from the white house to the doctors who came out and did their little daily press conferences. Nobody told us the absolute truth. We were getting different stories, contradicting the previous stories that we had heard, but the 72 hour thing that we found out on Saturday, that is the one that stood out the motion.

That is the one that opened a lot of people’s eyes to the fact that Trump knew that he had tested positive for COVID-19 going back to Wednesday morning, the morning after the debate. And most of us didn’t even know up to that point that Donald Trump had actually shown up late to the debate seemingly intentional so that he didn’t have to take the COVID test. You can’t convince me that that wasn’t intentional. And then suddenly Wednesday morning is his first bull. You don’t show up late for a test on Tuesday evening, take the test on Monday or Wednesday morning, the next morning and find out you’re positive. The, the, the, the, the lock of that, no, the universe is not working in his favor in that way. Bull. We have been lied to by this administration, by the doctors, by everyone all weekend long, and apparently all the way back to last week as well.

We have been being lied to by this administration kind of growing list here of all the things that we know we’ve, we’ve been lied to about, uh, lied about the timeline. They lied about him needing oxygen. They lied about his OTU stats, a witch we’re really actually pretty bad over the weekend. Uh, they’ve had lies of omission. And that actually goes back to the needing oxygen thing by originally not telling us. And then finally telling us lies of omission are a big, big deal. Especially in this particular circumstance, uh, sending out the pictures, you know, the lies of them sending out the pictures of him, allegedly working, like sitting at the table. When it turns out he’s just writing his name, like practicing his signature on a blank piece of paper, using a Sharpie. Like when you zoom in on that, that’s all it is.

It’s a blank piece of copy paper with his signature on it. And they expect us to just buy into this without zooming in on our phones and saying, Oh, wait, that’s not an actual work document. You’re just practicing writing your name. Oh, wow. Yeah, my son’s in kindergarten. They’re practicing writing their names too. Here’s the thing we can’t trust a word that comes out of these people about what’s actually happening with the president’s health. You know, going back to his first physical as president, they’ve lied to us about everything, you know, telling us that his O two stats didn’t dip into the low eighties when asked if they got into the eighties, which by the way, anything below 90 is considered an emergency, like a severe medical emergency. We have been told with my children who have asthma, if they’re O two stats drop below 95, we need to take them to the emergency room immediately. I had been told that in my younger days for my asthma as well is O two stats on Sunday. They said, we’re at 94. And we’re thinking of sending them home on Monday. So he may already be back at the white house right now.

This I, and it depends on when you’re watching this, by the way is why I say that he’s not there. They’re lying to us about how quickly this recovery is. They’re lying to us every step of the way, the medications that he’s on the rim does severe. That is considered, you know, medical experts had told us before we even found out he was on this. That if, you know, at this point he would get this medication, this one, this one at the very last point, basically when nothing else has worked is when we would try the rim Dessa veer. That is the first thing they put him on. Now I have seen other people out there justify this by saying, well, of course they do. It’s the president. You want to go with the biggest gun you have at the very beginning to try to knock this thing out.

So it doesn’t get worse problem with that. If that big shotgun blast of REM [inaudible] does not work, you’ve just run out of options. And you’ve made whatever strain is in his body resistant to the [inaudible]. So, no, you shouldn’t always in a medical condition, start with your biggest gun. That is not always how it works, but that is what they did. They’re playing this wrong. If they’re being honest to us, the white house is lying to us. They’re lying to us in these pictures. They’re sending out the guy doesn’t even work when he’s at the white house. Why would we think he’s working at the hospital? No, they’re trying to endear him to the public, make them love him, make them think, Oh man, he’s such a fighter and he’s working and he’s pulling through it. All they’ve done is make one thing clear. And that is that they can’t be trusted.

You know, there was some concern, uh, that this would make people, you know, sympathize with him more and could help us pull numbers. I think it’s going to have the exact opposite effect. I think one, some of his supporters, some of the middle of the road, people actually are going to see, Oh, wow. Maybe he’s a little weaker than we thought. But two, I think all the lying that we’ve seen, the fact that they covered it up for 48 hours before they even told us, I think it’s going to lose him far more support than he would gain in any kind of sympathy vote. This is a net negative for him and it didn’t have to be, but they made it that way.