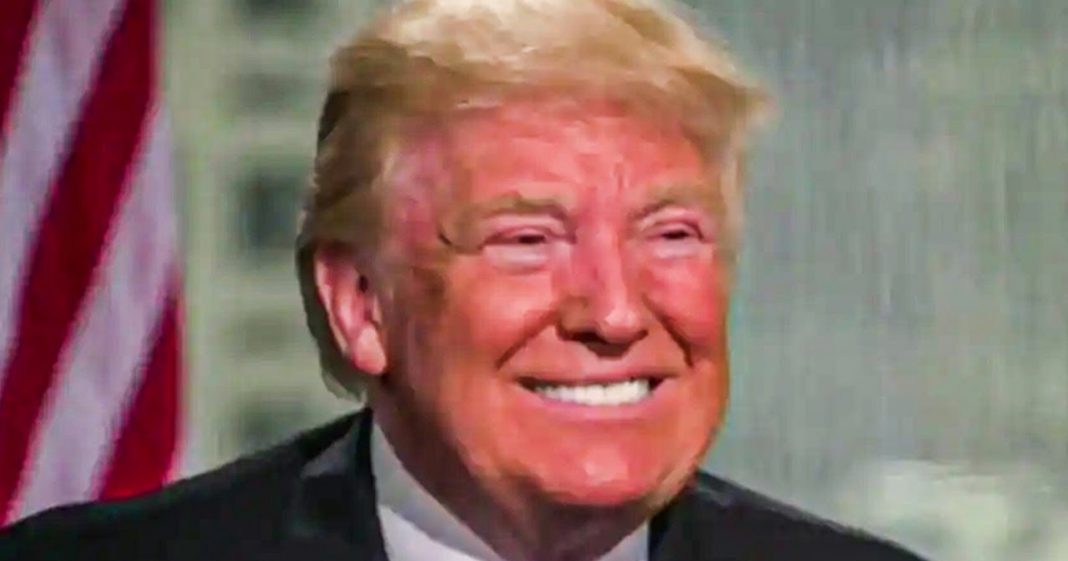 Donald Trump will do anything to win, and his supporters will do anything to help him. They view themselves as on some kind of a mission to protect him, and Trump is trying to cash in on their delusion. Trump has now issued a call to action for people to join his “army” and become poll watchers in November.  He even has Eric’s wife featured in a video telling people to “ENLIST TODAY!” Ring of Fire’s Farron Cousins discusses this.

Number six three, two, one during Tuesday, night’s debate. Donald Trump mentioned the fact that he wants more poll Watchers and he is encouraging people to go and be poll Watchers in November. And as we have explained, extensively poll Watchers, essentially stand there. They harass people in line. They intimidate them. They ask them leading questions to make the person think that they are not eligible to vote and that they could likely go to jail. But Trump wants more of that, even though in a lot of States, it’s actually illegal. Uh, Nevada actually had to remind people that if you do that in our state, you will go to jail. Um, nevertheless, Trump wants people to do it. And then on Wednesday, the day after the debate, he tweeted out a link to the Trump army and the tweet said volunteer to be a Trump election poll watcher, sign up today, hashtag make America great again.

And the website that it linked to was army for trump.com army. He’s calling them an army. And so down the rabbit hole, I went, I clicked on army for Trump. And the first thing there is a video, uh, you know, it’s embedded from YouTube, from Donald Trump’s official YouTube channel featuring Laura Trump and the title of the video that I did not have. The courage to watch was called enlist today. And according to the description, it’s about you signing up to be a poll watcher in this Trump army that he’s creating for election day. So they’re already using this militaristic imagery, which is common. It is a trait of fascism. You know, one of the 14 points of fascism, the militaristic themes. That’s one of them in lists today, army for Trump. That’s what it is folks. And he knows exactly what he’s doing with it.

He’s trying to appeal to the sense of duty to his crazed followers, telling them this is your responsibility. You have to go out there and fight for me. You have to fight for big brother, even though I would gladly step over your rotting corpse to go play a round of golf. That’s that’s that’s what’s happening here. Um, later on down to the website, it says join president’s Trump president Trump’s army of supporters fighting to reelect him in 2020 official site from the Trump campaign, which paid for by the Donald J. Trump for president. So it is an official Trump campaign website. He is officially calling in an army and it is officially in most areas of the United States. 100% illegal. I don’t care how much you love Donald Trump. I don’t care that he told you to go do this. If you do it, you could likely be arrested.

And I hope you are I yeah, between me. And if you go out there and you harass people standing in line to vote, I hope you do get arrested truly, really, really, truly do. Um, here’s the thing. And I want to reiterate this constantly. If you are approached, if you’re standing in line to vote and you are approached by an individual and they start asking you questions, do not engage, do not engage, do not answer their questions. You don’t even have to look them in the eye. If you want, you can ask them, do you work for the County?

Do you work for the County? And if their answer is anything other than yes, shut your mouth. And don’t say a word, do not let them harass. You do not let them intimidate you. If they start getting more aggressive with you, pull out your cell phone and call nine 11. That’s what you do. That’s what I want to see people doing, but do not answer their questions. Do not let them tell you that you can’t vote. That is not their decision to make. You will walk up. You will walk in wherever it is, wherever you vote. There is the table there. Or however, it’s set up. You walk up to the people. You tell them your name. They look through their book or they look through their system where they look through their files. They find your name. They give you your ballot. That’s the person you talk to.

You do not talk to people in the lines. Now I have only voted down here in Florida. Sometimes I’ve had to stand on a line sometimes I don’t, but I’ll tell you even the times I’ve stood in the line. I’ve never seen another human being, walking around, asking people questions that worked for the County. They don’t do it. They don’t have the staffing. They don’t have the manpower. So if you see somebody standing around asking people, question questions in the line to vote, that’s a poll watcher, likely illegal, do not engage with them. Do not engage, do not give them fodder. If you want to take out your cell phone and get a video of it, do that, but do not let them intimidate or harass any individuals in most places that is illegal. And they are not entitled to your time or your responses to any of their questions. They’re trying to get you to leave the way you beat them is by ignoring them.