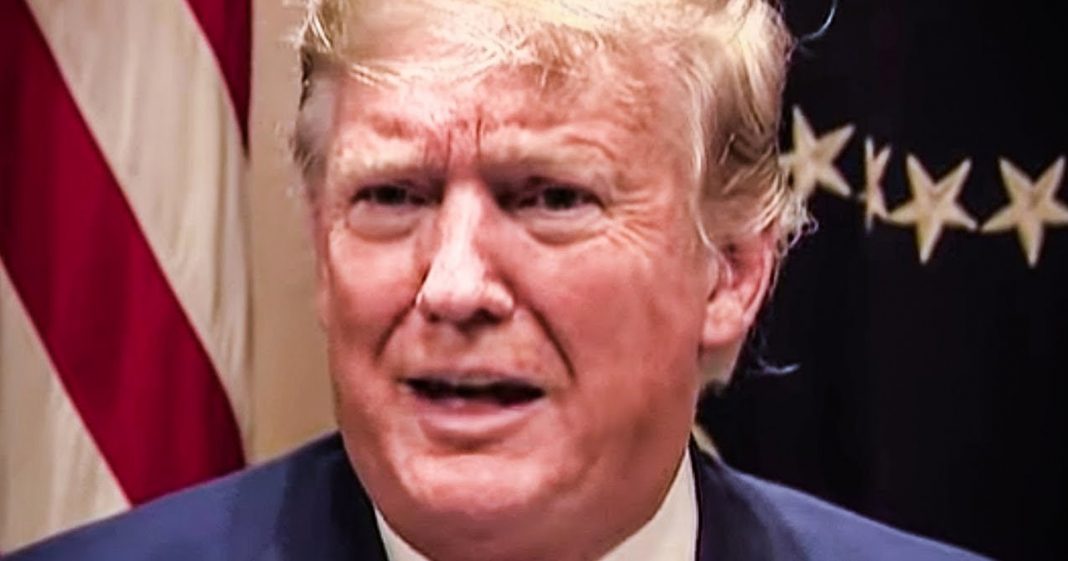 Donald Trump still has a chance of winning the election, but at this point it would be in spite of his strategy, not because of it. The President is flying blind, and he has no real, concrete plan on how to convince voters to give him another four years. All of his attacks on Biden seem like desperate lies at this point and they have failed to resonate with voters. Ring of Fire’s Farron Cousins explains what’s happening.

After the disastrous presidential debate we had this week, one thing has become clear and not just that we need new debate rules, that that’s definitely clear. Uh, the, the main thing that’s become clear as the Donald Trump has no real clear strategy, uh, as vanity Fair’s Gabriel Sherman reported earlier this week, even though his advisors and his staffers, and everybody else is kind of telling him otherwise, Trump does not buy into the belief that he lost that debate. He doesn’t think he lost. He thinks he won Donald Trump. Legitimately thinks he walked away from that debate as the Victor. And because of that, it is going to be impossible to one, get him to change his debate strategy, but to get him to change his campaign strategy. You know, in the few days we have had, since that debate took place, Donald Trump has gone on Twitter. He has said things like Joe Biden, wouldn’t say law and order say goodbye to the suburbs.

Uh, Joe Biden lost the left by attacking crazy Bernie Sanders all night. The other, the exact same things he was saying during the debate. None of it worked. I mean, yeah, you probably pissed off a few of us on the, on the left, you know, on the real left. Uh, and we didn’t like what you had to say, but at the same time, I have actually seen more far left friends of mine come out and say, dammit, I have to vote for Biden since the debate. So even those attacks didn’t work. The polls show that your fear campaign against suburban women is not working. They’re not buying your crap. That Antifa is marching down their street. The second Joe Biden gets elected. They don’t view Joe Biden as an agent of Antifa. They don’t view him as somebody who’s, you know, being a controlled by Bernie Sanders, the puppet master.

That’s not what people think. And Trump has been trying to say these things for months now, and none of it is working. And then of course you had the other thing he’s senile. He’s crazy. He’s deranged. He’s not all there mentally. You, we didn’t see that on Tuesday night. Y’all was the, public’s the general public’s first real taste of Joe Biden since really the, the, the 2012 vice president should debate. I mean, yes, obviously you had the democratic debates, but you had 800 other people on stage Biden. Didn’t get a ton of time by himself. This was the first time in eight years, people got to see Joe Biden one-on-one with somebody else on stage.

Okay. And he didn’t do all that bad. He didn’t come across as senile. He didn’t come across as drugged up on Adderall. You know, neither, just a normal guy who was a little slower in his responses, you know, than he had been in the past, but that’s age, but it didn’t seem like it was mentally declining age, just, yeah, not speaking as fast as maybe used to be. So every attack that Trump has leveled against Joe Biden so far has failed. None of it is resonating. And if anything, some of the attacks like, you know, Joe Biden’s mentally declining has made people, uh, ask more questions about Trump’s own mental stability so that one’s actually backfired on him. So here we are, we’re a month out folks. We’re a month.

That’s the way. Thank God. And he, he has no strategy. What he’s doing is not working. The Senate, tried to release the report last week on Hunter Biden. And it was so embarrassing for them that they released it in the early hours of a Wednesday morning. So nobody would pay attention to it. They only released it because they have to release it, but they couldn’t find any wrongdoing between Hunter and Joe and Ukraine and Obama and anybody else involved. Everything’s falling, everything’s falling, everything’s failing. And he’s not going to change course because for some strange reason, he still thinks he’s winning.