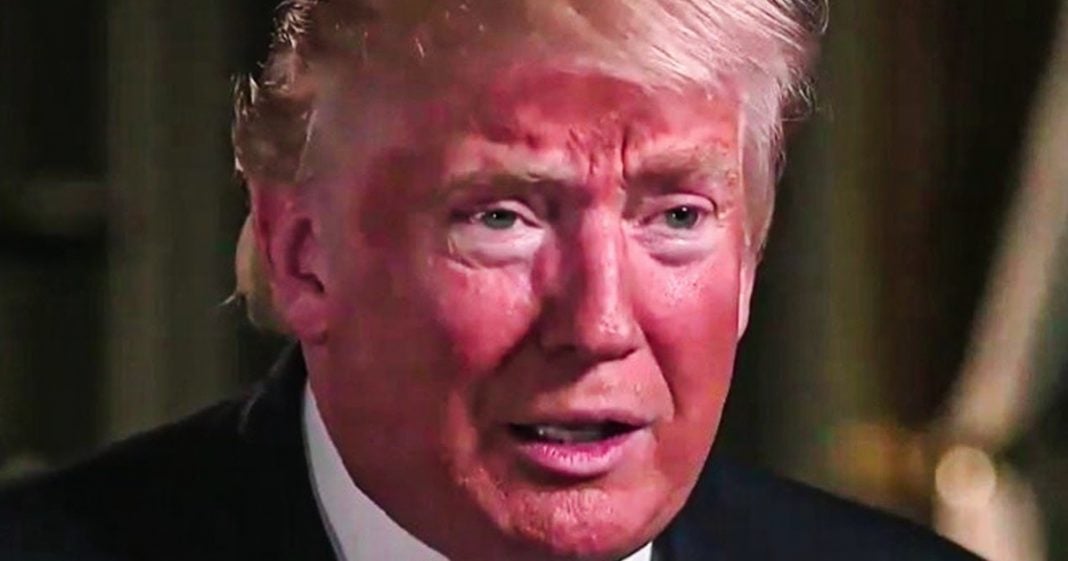 In a bad sign for Republicans in November, Red States are the ones seeing the largest increases in new daily COVID-19 infections as they lift restrictions prematurely in order to appease Trump. The truth is that this country is nowhere near ready to return to normal, and as long as we keep pretending that the virus doesn’t exist, the longer we’ll have to adjust to this unfortunate new way of life. Ring of Fire’s Farron Cousins discusses this.

Uh, number seven three, two, one every day. We’re getting closer to election day, obviously. I mean, that’s how time works. Uh, but for real election is right around the corner and any kind of slip up any kind of bad thing happening in this country between now and election day, doesn’t bode well for the party in power, which happens to be the Republicans and Donald Trump. And unfortunately for Donald Trump, red States right now are seeing a massive spike in new COVID-19 cases. In fact, uh, nationwide, uh, I guess the good news is it it’s been announced. We’re actually in the second way. Most areas, some areas that says are actually still in the first wave, but for everybody else, we’re in the second wave. And the second wave was predicted to be even worse than the first, um, a week ago on Friday 55,000 new daily cases, which was the most daily cases we have had in over a month.

So yeah, we’re getting back up there that that’s what’s happening. States, eased restrictions too soon, specifically red States. And now they’re watching their cases explode. Uh, the biggest increases have occurred in North Dakota, South Dakota, Wisconsin, Utah, Oklahoma, and Ohio, all of which voted for Donald Trump in 2016. Those, those States have seen the largest percentage increases out of any worlds in this country. And again, every single one of them voted for Donald Trump in 2016, two of them, uh, Wisconsin, Iowa swing States. That’s not going to bode well for Donald Trump, regardless of what their state government is. If it’s Democrat or Republican. Trump is the president. Trump is the one who has been downplaying. This. Trump is the one who said, reopen everything. Open those schools, open everything up, stop being cowards. You don’t even have to wear a mask it’s on him. It really in truly is on him.

And the voters agree with that. The polls are showing that they agree that the failures of the government, the federal government are what caused things to get so out of control. But folks here’s the problem. Things are going to continue getting worse. This isn’t even necessarily about electoral politics. This isn’t even about politics. This is straight up about science. At this point, we know how the virus spreads. And I know Trump is trying to suppress the science on that. There’s evidence, there’s internal documents that prove he is trying to suppress the data on that. But we have to be smart where your mask get a good mass, get a comfortable mass. There’s all kinds of mass out there. There’s fancy masks, their sports teams. There’s humorous masks. There’s funny ones. You know, whatever it is, they’re serious ones. Make a message, send a message with it, whatever it is, where the effing mask, that alone, that alone is going to give us the best shot at getting rid of this virus.

If we do not do this, if we do not continue the social distancing, if we say screw it, I want to have a party. I want to have 20 people over it’s it’s my kid’s birthday. So I’m going to invite the entire neighborhood and a couple of other neighborhoods over. Yeah, you’re going to create super spreader events. More people are going to catch the damn thing. And then we’re going to be doing this even longer. My state a week ago, reopened bars and restaurants. It’s been about seven days. So our numbers are about to shoot way up. I don’t happen. Um, even God love them, my own family. And they’re, they’re very liberal, uh, throwing birthday parties and inviting everybody over. I haven’t attended and I’m not going to. Yeah, it sucks. I’m sorry. My nieces and nephews, I love you very much, but this year kind of sucks, but if we suck it up next year won’t, but if we continue doing things like this next year is going to be bad too.