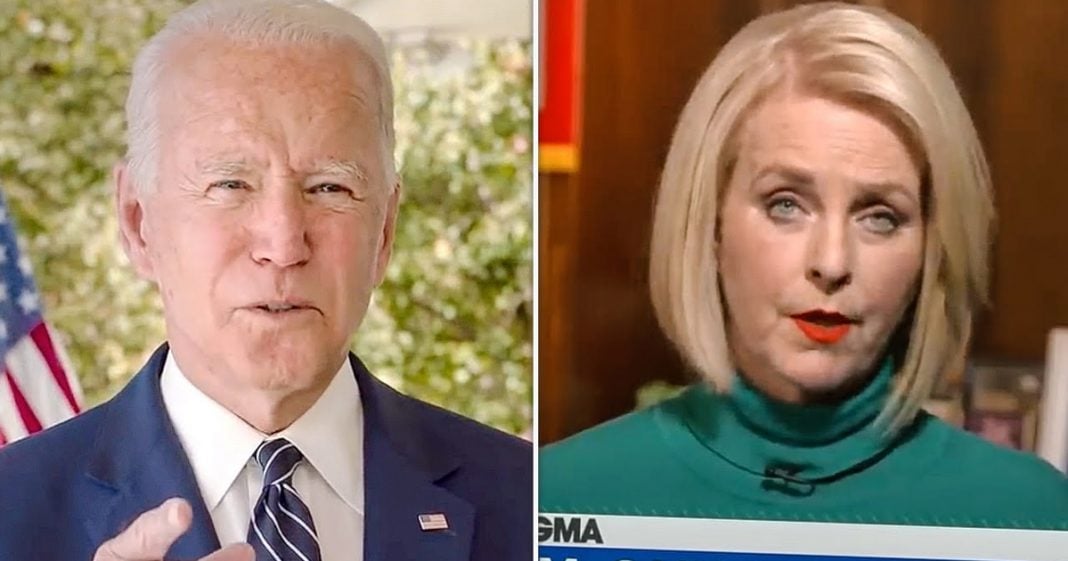 Democrats continue to align themselves with Republicans as we approach the 2020 election, with Cindy McCain being named to the Biden transition team. This could ultimately prove to be an instance where they win the battle but lose the war. They are handing over the keys to their Party to Republicans and corporations, and it might prove to be impossible to wrestle those keys out of their hands when this is all over. Ring of Fire’s Farron Cousins discusses this.

Number six three, two one earlier this week, uh, Joe Biden’s campaign announced that Cindy McCain, the wife of late Senator John McCain had been named to his transition team, uh, should Joe Biden. When Cindy McCain’s going to be in charge of, you know, helping draft ideas about, uh, women and children, which is great, you know, nothing wrong with that at all. Unless of course you want the democratic party to flourish for years to come. The sad reality we’re living in right now, folks, I fear what’s happening with the democratic party is that they’re willing to win the battle yet lose the war. The battle, of course, being the 2020 presidential election, the war being the longterm health of the party, they are welcoming in too many Republicans and too many corporatists and too many corporations themselves. You have corporations within the chamber of commerce that has been a staunchly Republican group for decades that are now endorsing Joe Biden.

They feel welcome in Joe Biden’s democratic party because Joe Biden’s democratic party is openly embracing all of these Republicans and all of these corporations and bringing them in under the big tent of the democratic party where everybody’s welcome and less, of course, you’re a progressive and I gotta say, yeah, I, I don’t like what I’m saying at all. Now I have made it clear and I have not changed. In fact, I’ve only gotten more steadfast in my decision. I will be voting for Joe Biden in November a hundred percent. And then beyond that, I was hoping as so many other progressives are that we’ll be able to work and push Biden to the left. I’m starting to think that that may not be able to even happen because of how many Republicans McCain is only the second Republican owner’s transition team. But then you have the Lincoln project folks who are actually good with Donald Trump SCOTUS pick judge Amy, Coney Barrett.

They like her. And I told you, they would just, like I told you almost a year ago that George Conway, while he’s also going after Trump, he’s not our friend. I told you before the pandemic even hit, I was doing videos about the Lincoln project is not our ally, just because we have the same enemy. We don’t embrace them. We can laugh at what they do. We can appreciate it, but we don’t invite them to the table. But the democratic party invited them to the table and look at what’s happening. The party is already morphing into something that I don’t know if it can be fixed, because I truly believed everything that was wrong with the democratic party before bringing in these Republicans, I thought over time, we could fix them. Eventually. Most of them, I don’t know if that’s possible anymore. Are we witnessing in real time, a political realignment that’s entirely possible.

What we could be seeing is the democratic party realigning itself as the new moderate Republican party. They’re good on social issues. They’re bad on corporate issues. So you’ll have rights, but the right to clean air and water, won’t be one of them. You can marry whoever you want. You just probably won’t be able to breathe. And half the country, you know, women will be free to make choices about their own body. Unfortunately, if you drink the water straight out of the tap, you might get cancer. That I think is what the democratic party is morphing into. Great on social issues, real bad and corporate issues. I mean, they’re already kind of there, but when you invite these Republicans to the table, when you have members of the chamber of commerce coming out and endorsing you and supporting you, that’s what that means because that’s the thing that the average rank and file democratic voter needs to understand.

Corporations don’t give a shit about social issues that doesn’t affect them at all. You know, CEOs, board members, shareholders, they don’t care about issues like same sex, marriage or abortion. That that’s, that’s why Republicans never actually do anything about those things. Folks, did you ever even stop to think about that? George W. Bush had all three branches of governments for years and years and years and years. And he was a hardcore, a conservative Christian. And didn’t do anything about those issues. Wow, because corporations didn’t want him to because they don’t care about it. But now corporations understand the Republican party under Trump is moving to a full blown racist party and they can’t be a part of that. Racism is bad for business. They know that they’re smart enough to know that. So moved to the party, that’s not openly racist, but the party that’s also okay with a little bit of pollution every now and then they’re okay with a little bit of price gouging from the drug companies.

You know, they don’t want to change things too much, just enough to kind of make your life maybe a little bit better, maybe to where you stop bitching as much as you do, but they’re not going to make it good. And that’s always the problem. The Republicans want to openly make your life bad. The Democrats want to make your life not worse, but there’s nobody out there right now that wants to make your life better, or at least no viable party that wants to make your life better. And I’m sorry if that insults any green party, people watching this, I love the green party. You have the best platform I’ve ever seen from any party this year. You also have a candidate who is a complete joke and a laughingstock and not a serious candidate for a serious party. You did that to yourselves. That was a dumb decision.

How he Hawkins is a joke. Sorry, I don’t know. You personally Howie. I’m sure you’re a great guy, but as a candidate, as a political candidate, you’re a joke. You have run for office 24 times, 24 times. Everything from governor of New York to local city council, 24 times folks lost every time has never won an election. And that’s the person the green party chose to put up as the presidential candidate. And that’s disappointing, but what’s even more disappointing is the fact that the democratic party is handing the keys of the party over to the Republicans. Right now they’re handing you the keys to the corporations. And when all this is said and done, if Joe Biden wins, or if Joe Biden loses, doesn’t matter what the outcome of 20, 2020 is, they gave the keys to the Republicans for now. And it’s going to be really hard to wrestle them away from their hands. Once it’s time to hand them back. I don’t think the Republicans will. I think the Republicans feel like they found a new home by pushing the democratic party to the right while the public moves to the left. While the Republican electorate actually moves to the left as well. Everybody else is moving to the left, except of course, both major parties, which are both turning right.