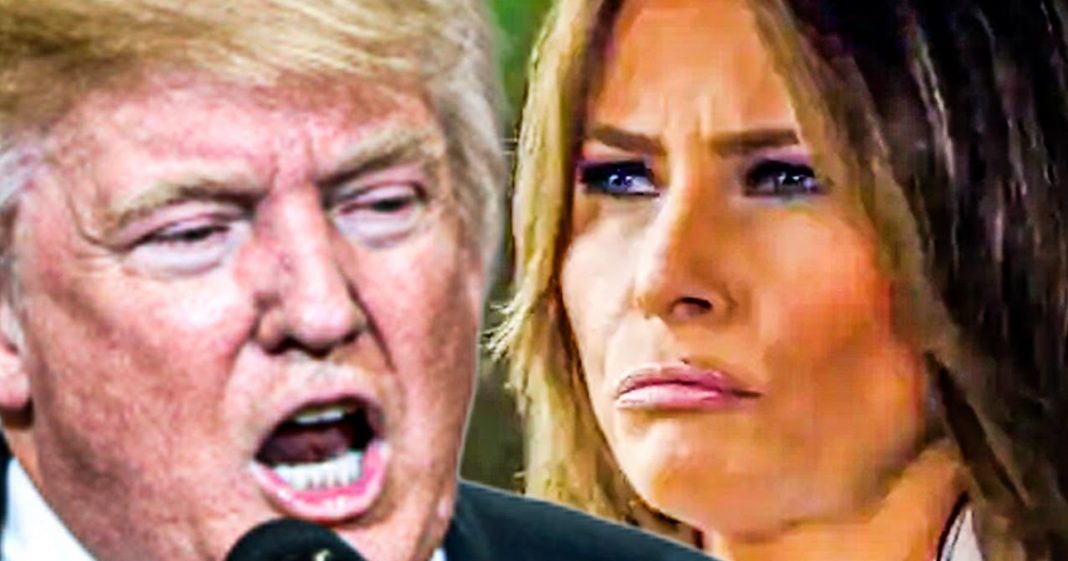 President Trump has announced that he and First Lady Melania Trump have both tested positive for the coronavirus and that they will now begin the process of quarantining and recovery. The news was shocking to some, but completely predictable to others. While we certainly wish the President and his family a speedy recovery, the truth is that this event should serve as a stern warning about the dangers of ignoring science. Ring of Fire’s Farron Cousins discusses this.

Late last night, Donald Trump announced that both he and first lady Melania Trump had tested positive for COVID 19. Now this came actually two hours after it was announced that hope Hicks who had been around and in contact with the president had also tested positive for COVID-19, which means for all practical purposes, there appears to be an outbreak happening inside the white house. Right now, this is not the first outbreak that’s happened in the white house, but it is the first time that the president and the first lady have tested positive. Um, as far as we know right now, uh, both the president first lady are not symptomatic at the moment. Um, so we don’t know if this is really going to affect them. We don’t know if this is something that’s actually making them sick, or they could be some of the lucky folks that are asymptomatic.

They have it, their body gets rid of it. They go on a, we wish them, by the way, a full and speedy recovery. We do not want this to injure them in any way possible, but we do have to talk about this and it is a delicate subject, right? Uh, as anybody who’s ever watched, our videos knows we are not a fan of this person, but we do not wish ill upon him in terms of health. You know, we would love to see him finish out his term, get, you know, massacred in a landslide in November and then face prosecution for all of the, uh, alleged crimes. That it’s pretty clear. He likely committed. That’s what we would like. We would like to see that ending to this story. Uh, certainly not one that involves COVID in any way, shape or form, but here is the thing.

This is what happens when you spend half a year during a pandemic, trying to lie about it, trying to downplay it, spreading misinformation about it, and then pretending that none of that ever happened. And then pretending after pretending that didn’t happen, pretending that the pandemic is somehow over, even though it’s not, I am hoping that this becomes an eye opening moment for the maggot hat wearing crowd, by the way, Donald Trump was supposed to be going this coming weekend to Wisconsin to do another rally, Wisconsin right now is the, uh, number one state in resurgent COVID cases. They’re, they’re the hottest hotspot. They have overtaken our areas down here in the South. It’s now in Wisconsin. And Trump saw that and said, Hey, you know what? I’m going to go there, but thank God he is not now. Hopefully I don’t know. I mean, I’m assuming he’s not going to Wisconsin to do a rally with COVID-19, but honestly I wouldn’t put it past him.

And I think a climate scientist, dr. Michael Mann expressed that very beautifully on, on Twitter this morning. This is what science denial gets us. Doesn’t matter if it’s with medicine, doesn’t matter if it’s with climate, doesn’t matter what it’s with denying science typically comes back to bite you. And that is what has happened right now. So again, the best case scenario for this obviously is that Trump and Melania are both asymptomatic and then nothing bad happens to them, but that it serves as a wake up call that his followers who do think this whole thing is a hoax who do think this whole thing can’t be stopped by wearing a mask. Hopefully it wakes them up. Hopefully they start to realize, you know what, nine months into this. Now my hero has it. Maybe I’m gonna start taking it seriously. And the sooner more people take it seriously, the sooner we get over it folks.

So the question remains now what happens from this point going forward, obviously Trump, if he is positive and I’m assuming they wouldn’t have released the results, if they hadn’t been a hundred percent sure it wasn’t a false positive. Um, that means couple weeks, no rallies, no debates. It’s going to be Trump against the world on Twitter basically is what’s going to happen. He’s going to sit at home. He’s going to be bored out of his mind. And he’s going to be watching Fox news and tweeting stuff out. That is what is going to happen. That’s not going to do him any favors in terms of his lackluster polling. He may see a slight, I guess, sympathy bump, but that’s going to disappear pretty quickly if he’s just sitting at home tweeting and being angry about everything on the planet. Uh, yeah. So I think ultimately this hurts him in the polls because it’s gonna leave him too much free time.

And whenever he has free time, he always ends up doing something stupid, either on social media or calling into one of those Fox news programs, willing to bet he’s going to do both. If in fact, he has to stay quarantined for, you know, two to possibly four weeks with COVID-19. But again, as of tomorrow, we’re one month away, one month away from the election and Trump getting this disease may be sidelined between now and then that is going to have a tremendous effect on, on this last month. I mean, this is kind of like nature coming up with its own October surprise for us. So I don’t, no, again, those speedy recovery, Trump and Melania. Um, but in terms of the election, this is certainly not going to help his chances in any way.