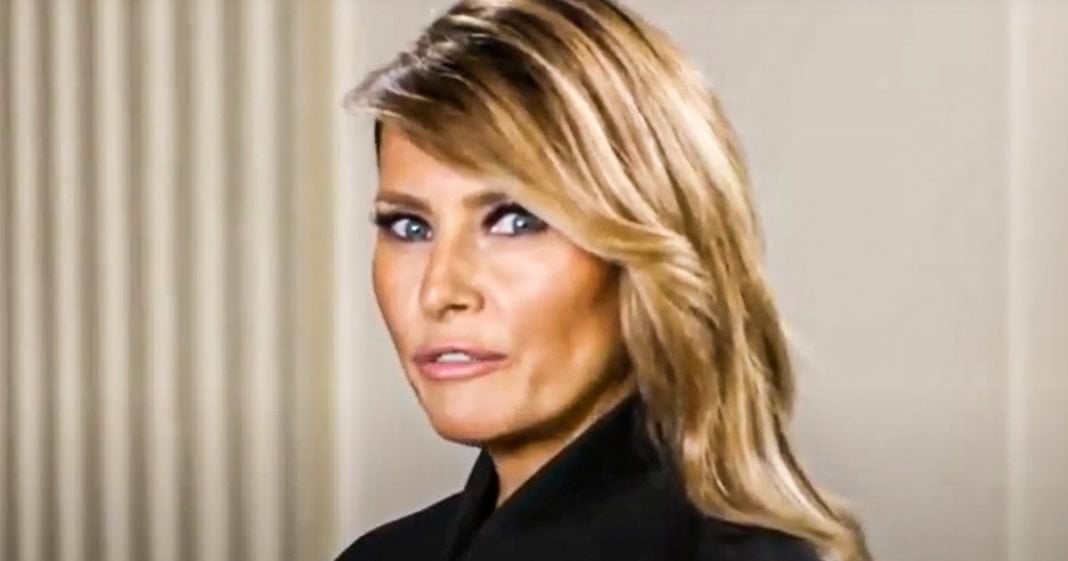 Prior to her positive COVID-19 diagnosis, First Lady Melania Trump released a new Be Best PSA where she discussed drug addiction and gave us a replay of the failed 80’s war on drugs .The problem is that her vanity, not her message, is what was on full display during the video, as it was shot from a bizarre camera angle with Melania looking over her shoulder like she was selling perfume. Ring of Fire’s Farron Cousins discusses this.

Yesterday, Melania Trump, uh, released a new video as part of her be best program for drug abuse and prevention month, uh, which is October. So she said for the month, month of October, obviously, uh, her B best program is going to focus on drug abuse and prevention, except she actually said drug use and prevention, but it’s okay. Um, but her message, her message of let’s help people. One not get addicted to drugs. And two let’s help people who are addicted to get off drugs, which is a good message. It’s it’s a great message that needs to be shared. And it’s a program that the U S needs to Institute rather than locking people up. Let’s deal with the substance abuse itself. Let’s get these people cleaned up, let’s get them back as productive members of society instead of just throwing them in prison and saying, Oh, well, you’re there. You’re away. Now. We don’t worry about you. Her entire message was undercut and completely ridiculed all over the internet because of the bizarre way she filmed this PSA. Take a look.

Melania Trump:                 October we observe national substance abuse prevention month. In my time as first lady, I have worked to raise awareness about the risks and dangers of drug use among our youth, through my Be Best initiative.

Personally, I don’t see what’s wrong with filming videos this way. It’s not at all unnatural and uncomfortable and just incredibly awkward and creepy for the audience. I don’t see why any of you would not want to watch videos of somebody looking sideways at a camera when they could easily just look straight forward into the camera, like a normal person. This isn’t a modeling shoot. And I’m not saying that to demean her past career as a model. But what I am saying is that clearly the vanity that this woman has is so deep and so ingrained in her that she can’t, she can’t even deliver a simple message. Like let’s help people who are addicted to drugs without being overly concerned about her appearance. That’s what, that’s what this is. That’s what this is. This is my best angle. No, nobody cares except for you. And that’s, I think what she needs to understand at this point, I don’t give a damn what the first lady looks like.

I really truly don’t. It’s not ever something I’ve, I’ve thought about it doesn’t affect me. Doesn’t bother me and believe it or not, you actually have a good message. You’re a total hypocrite with it. You know, you got your husband and your stepson out there all week so far going after Joe Biden’s kid for having a drug addiction problem back in his younger days. Um, and then you have the audacity to come out here and say one don’t bully two let’s help people get off drugs. And your family is doing the opposite of everything you tell them to, but then also undermine your own message by giving people something else to talk about. Other than what you actually said in the message. Nobody’s going to remember what you said. Everybody’s going to remember the awkward way you were looking at the camera. And as that’s your point, maybe to distract people, to give them something else to ridicule so that they don’t notice that you’re not actually doing anything substantial with your B best program. Is that what it is? Because at this point, that’s all I can fake here. You’re trolling us because you know that you’re not actually taking your own program seriously.