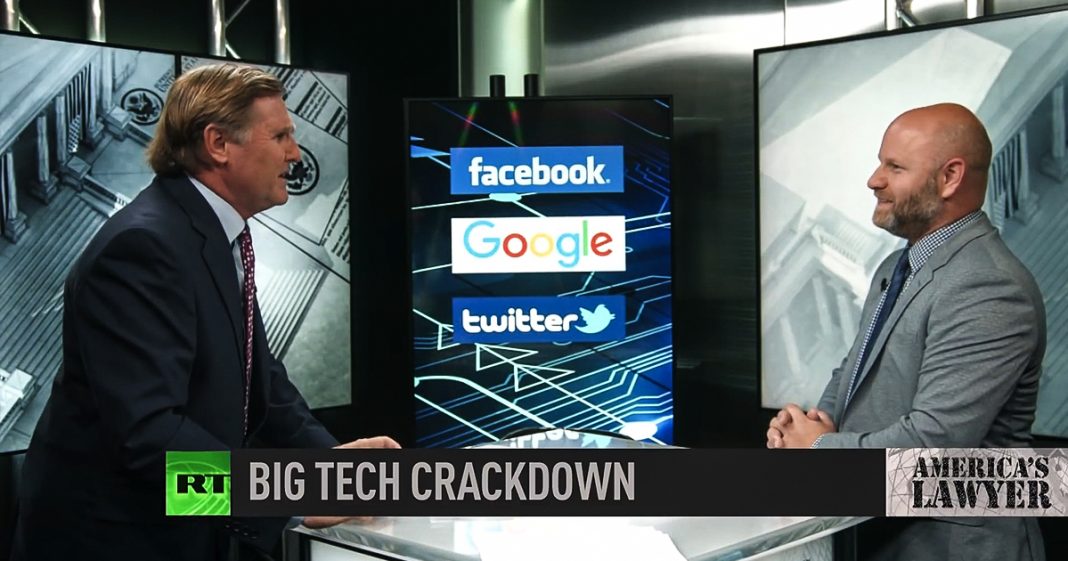 Mike Papantonio:             The DOJ’s working on new rules to prevent social media censorship and to remove liability shields for social media companies. You know, it’s time, 230 section 230 is a joke. The idea that Google and, well, all the tech companies, you know.

Mike Papantonio:             Google, Twitter, Facebook, they can say whatever they want to say and nobody’s going to sue them. So, so the rest of the media can’t do that. You and I can’t do that.

Mike Papantonio:             We’re going to get sued if we say something wrong, but they have this protection that Bill Clinton gave them because Bill Clinton believed, you remember Gore who invented the internet.

Mike Papantonio:             So after Gore’s invention of the internet, Bill Clinton believed it was a good idea to bring them in, that they’re going to help him. Have they helped him?

Farron Cousins:                  Oh God no. But, you know what, Bill Barr who I personally loath, I agree with him on this. I agree, I disagree with why he’s doing it. But I do agree with doing this. We do need to reign in these tech companies and we need to find out why they believe they’re allowed to just censor whoever they want. We need to see the process. If there is hate speech, you know, or hate events that are being organized through their network, sure, they should have the right to take that down. But if it’s just, we don’t like this person’s politics.

Mike Papantonio:             And it affects virtually everybody because some snowflake, I don’t know who, I don’t how else to describe them. I always describe them as snowflake because I can visualize them sitting in a room, oh my God, this statement’s going to hurt somebody’s feelings. And they’re not going to be able to weather that. Where does it end?

Farron Cousins:                  But, but, you know, Bill Barr thinks it’s only Republicans being punished. Trust me, as somebody who’s on the left, we have been punished plenty of times for this. We have been, you know, had our algorithm shifted on Facebook, all kinds of stuff and plenty of independent creators have, but that’s what this is stifling. The only people that benefit from this are the corporate media giants who are also using Facebook.

Mike Papantonio:             So now they get a protection under 230 to say what they can’t say, you know, on the air. But the point is this, if we don’t get under, like Ricky Gervais says, we got to get control of this counter-culture to where we believe that everything that we might say is going to offend somebody. So we don’t take the chance on saying it. I mean, where does that end?

Farron Cousins:                  Well, it has to end with the regulation. You know, this litigation that’s being put forward saying, make it transparent. They’re not even trying really to, to end it. They’re just saying it has to be transparent and I guess reviewable. So when you censor a site, when you ban somebody from Facebook, you have to be able to produce real documents, real time data saying, this is why they were a threat. And I guarantee you, they’re not gonna be able to do that with most of the people that have been censored.