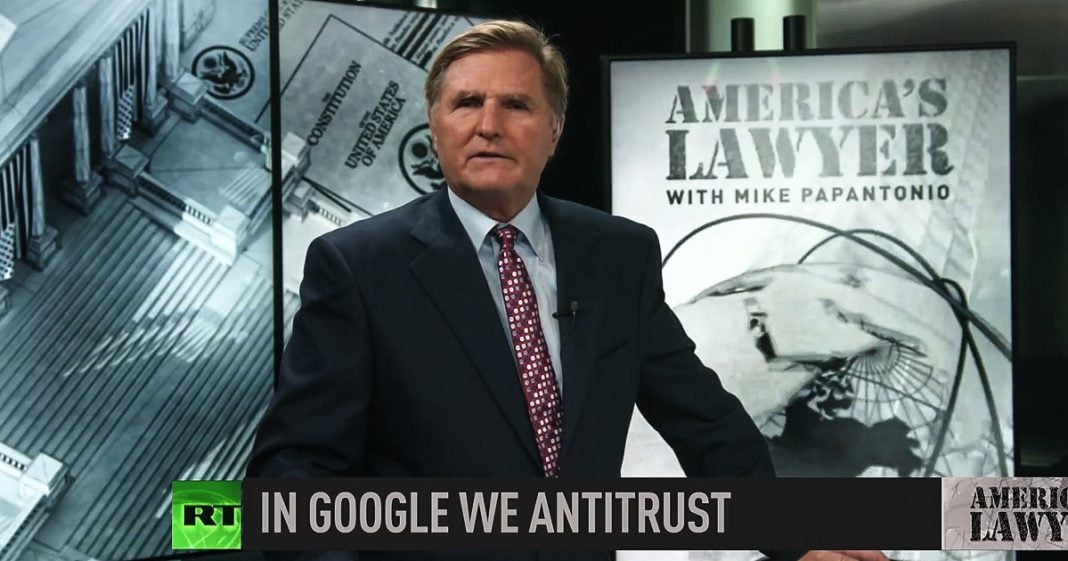 Via America’s Lawyer: Lawyers from the United States department of justice are meeting with state attorneys general to work out an antitrust lawsuit against Google and their parent company, Alphabet. Mike Papantonio explains more.

This week, lawyers from the United States department of justice are meeting with state attorneys general to work out an antitrust lawsuit against Google and their parent company, Alphabet. Google has grown into a tech powerhouse cornering the market as a search engine, a web browser, a mobile platform, an advertiser and a device manufacturer. The last time a tech giant got this big, the DOJ stepped in and helped break it up. That happened in 1998 with Microsoft. The talks taking place this week are the first step in what’s going to be a long legal process, but these are also steps that are long overdue. They have to take place. There is too much control by this company over the entire network. Google, along with other tech companies like Facebook and Amazon, have been allowed to grow out of control. Clearly, clearly there’s not, it’s not even a close call.

They’re violating antitrust laws along the way and it seems incredibly likely that the DOJ successful in going after Google, which is my prediction, they are going to be successful. The other tech giants are going to be next on the list. Most of this could have been avoided, had laws and regulations been updated as the industry evolved, but there were no updates. Instead, the government let these companies continue to swell until it was too late. It was too late, they destroyed countless startups, smaller companies along the way. That’s what antitrust does. It’s time to break them up and open up the avenues of competition in the American tech industry. It’s long overdue. Google needs to be spanked along with the other tech companies.