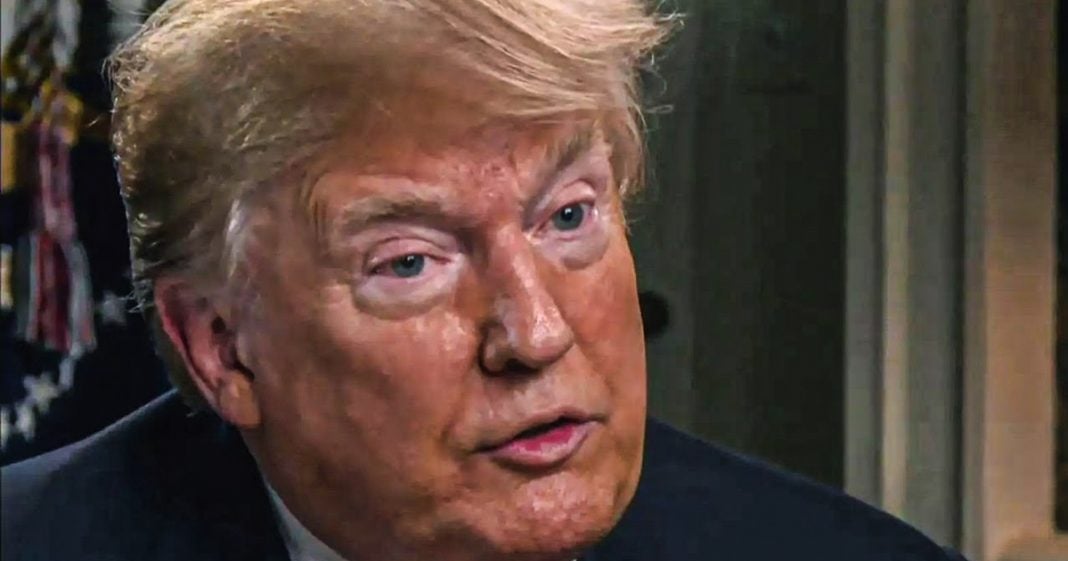 It has been less than a month since a whistleblower came forward and revealed that there are involuntary hysterectomies being performed on migrants in detention facilities along the southern border, and the country appears to have already moved on. More women have now come forward to say that they were pressured into having this procedure done and that they were not told what was actually happening. Ring of Fire’s Farron Cousins discusses this.

Well folks, it’s been a couple of weeks since we got the reports about the forced sterilizations taking place at detention facilities along our Southern border with migrant women, forced sterilizations. Something that most of us thought would, would not be a thing we’d ever experienced. Other than reading about it in history books, as something that took place in the camps during world war two. But here we are in America today. And according to a whistleblower, this is taking place along our Southern border. And so far it’s been a few weeks and nobody’s done a thing about it. I think most people have actually forgotten that that even happened. But here we are couple weeks later and guess what’s happened more women who’ve been detained at these facilities have come forward to corroborate the whistleblower story. And here is what these new women, these new formerly detained migrants have to say about what’s happening.

They are being duped. They are being confused about what is actually happening inside their own bodies. And we all know, by the way, also that the doctor who’s doing this, uh, is not actually qualified to be doing this from, from the reports we’ve read. So that’s terrifying enough. I were talking about a frickin Mangola situation down there. So anyway, Oh, excuse me. What’s happening with the women is they’re being told, you know, though, they’ll go up and they say, listen, I I’m having menstrual cramps. I’m having abdominal cramps. And so they’ll say, okay, well, we’re going to take you to the gynecologist, you know, just to make sure everything is okay, and this ill qualified gynecologist says, Oh no, look, you have cysts. You have, you have big problems with your uterus. We’re going to have to give you a full hysterectomy. Uh, which of course obviously is going to sterilize you.

But yeah. Oh, it’s so bad. Oh my God. Yeah. So we’re gonna, we’re gonna sign you up for the surgery. So the women, you know, had no reason to doubt this diagnosis and would say, Oh, okay. Yeah, absolutely sure. I don’t want to die. I don’t want to get cervical cancer. Let’s go ahead and, and, and get it all out of there. That is when they understood what they were even saying. And this happened to woman after woman, after woman, after woman, after woman and so on and so forth, there is no way and less all of these women came from somewhere where they were drinking toxic waste every day. There is no possible statistical way. All of these women could have in fact, had dangerous cysts growing, uh, in, in the reproductive organs that that’s, that’s simply not possible again, unless of course you’re sitting there, like, I don’t know, drinking Roundup all day, maybe, or some other kind of, you know, cancer causing sure that then it becomes maybe a possibility. But the possibility of that happening is roughly 0%. These women were forcibly sterilized because this administration is perfectly fine with human experimentation and sterilization as punishment, punishment for what? Uh, let’s not forget crossing the border illegally is just a misdemeanor. So could you imagine, could you imagine being arrested, you know, for a misdemeanor, you know, leaving the scene of an accident without any kind of death, but leaving the scene of an accident, that’s a misdemeanor.

And then having them sterilize you for it. It’s not unlike what’s actually happening down there. These are misdemeanors. These are people who aren’t allowed to even be held in these facilities past a certain amount of time, but they are. So we’re already breaking the law, holding them. There may as well break the law by stealing forcibly, removing some of their internal organs too. Right? Everyone involved in this from the guards to the surgeon, to the people over in Washington, who’ve never even stepped foot in these detention facilities. Every one of them needs to spend the rest of their lives in prison. Once this administration is out, this is first order of business for the next crew. This is it. This is it. The DOJ Congress, every single one. I want public hearings on this. I want to know who was involved. I want to know who made the decisions. And I want to know the names of everybody along every step of the way, because everyone who knew that this was happening and did nothing about it goes to jail forever. Sorry, that may seem harsh, but you know, it’s even harsher having your reproductive organs, forcibly removed and not even understanding what’s happening.