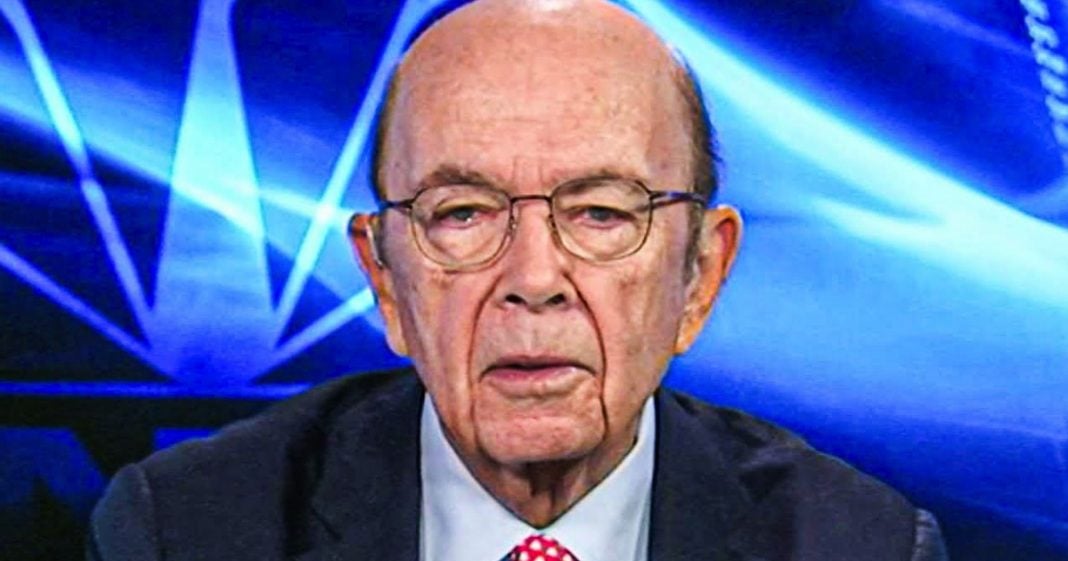 Wilbur Ross, Donald Trump’s Commerce Secretary, publicly announced that he would be defying a court order and ending the census early. This is a clear violation of the law, but the Trump administration has become so accustomed to NOT being punished that they feel secure in announcing that they are going to engage in criminal conduct. Ring of Fire’s Farron Cousins discusses this.

Well folks, the counting of the census is about to come to a close. So if you have not already sent in your census response, please do so now, because earlier this week, Donald Trump’s commerce secretary Wilbur, Ross, who is overseeing the entire census, announced that he is going to break the law and there’s nothing anybody can do about it. And he’s breaking the law by ending the census early. And the reason I say breaking the laws, because a court has already ordered that he cannot in this census before October 31st, before Halloween, you cannot end it before then. And Wilbur Ross said, I don’t care that you’re ordering me to not end it. I’m ending it on October 5th.

And that has been, uh, several days now, since that happened and Wilbur Ross is not sitting in prison, huh? That’s really weird because if I sat here right now and announced that I was going to go commit a crime, I would be arrested. Cops would show up at my door and say, come with us. Cause we need to have a talk. I may not be, you know, arrested and booked, but I would absolutely be taken to the station and have to explain why I announced that I was going to break the law. And Wilbur Ross has been ordered. You legally cannot do the thing. And Wilbur Ross said, suck it. I’m going to do the thing that, that that’s the point we’re at with this administration. They get told no. And this is a bunch of wealthy jackasses. Who’ve never been told no in their lives. And I think that’s where a lot of the problems we see comes from never been told no. And so they finally get told no. And they say, no, they say no, no to your no. So no, you can’t tell me, no. You say, if I do this on breaking the law, well guess what? I’m breaking the law. What are you going to do?

What are you going do? Because that’s how lawless this administration has become. And this is what happens when you breed a culture of constant criminal activity that is not held to account. When you break the law, when you break the rules and you get away with it, you are more likely to do it again. And every time you do it, after that makes it that much more likely you will continue to do so. It almost trains your brain to know that this is okay, these rules are okay to break and that you will never get in trouble. And that is why Wilbur Ross feels empowered to tell this judge that said, you legally, can’t do this thing. And Wilbur Ross says, I’m doing it anyway. What are you going to do about it?

The reason this is so important, obviously, and the reason the Trump administration wants to end it is because the census is only taken once every 10 years, every 10 years, we do the census and this determines how seats are allocated, how federal funds are sent, how many, uh, you know, which States they go to and all of this, this is a big frickin deal. And obviously under counting the census ending it nearly a month early as Wilbur Ross wants to do is going to hurt more populous States and the States with higher populations for the most part, not always, but for the most part, uh, tend to be democratic States, California, New York, or swing States like Florida, Pennsylvania, Ohio.