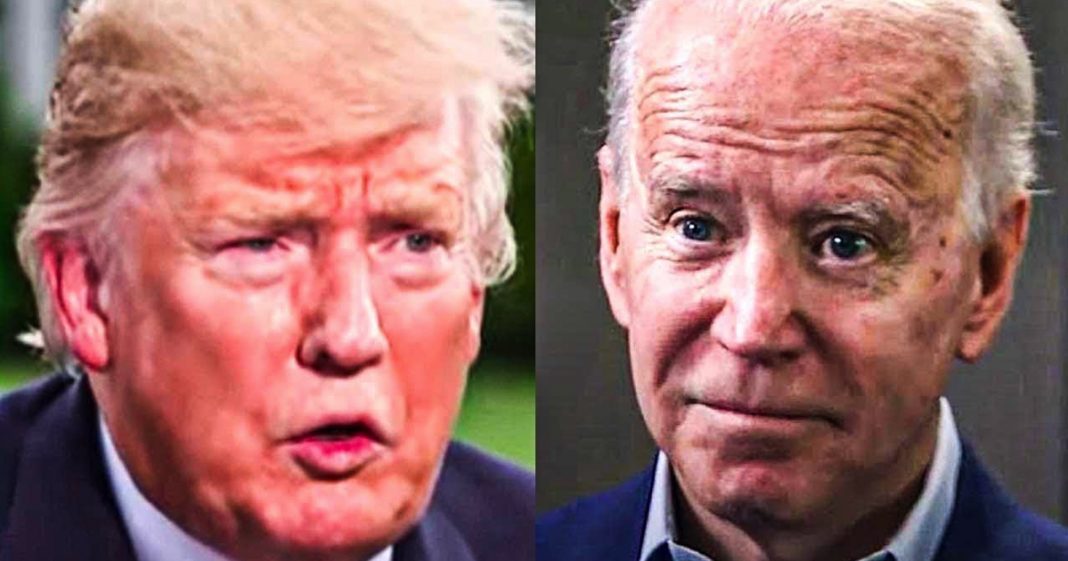 Tomorrow night is the first Presidential debate, and this could either be the beginning of the end of Trump, or it could be the moment that solidifies four more years for him. But after the topics were announced last week, it became clear that Biden held an edge against Trump heading into the debate in the eyes of the public. And that is exactly why this could hurt Biden more than Trump, as Ring of Fire’s Farron Cousins explains.

Well folks tomorrow, night’s the night, the first presidential debate of the 2020 election cycle. Uh, so there’s going to be a good one. Maybe as I have been saying for months and months and months, this debate is likely going to determine the race from here on out. Uh, if Joe Biden can pull it off, if he pulls off a decisive victory against Donald Trump, if he does not look dazed or confused, I think he’s got the election in the bag. If he gives the impression in any way, you know, uh, falling into Donald Trump’s caricature of him as a, you know, confused delusional, man, if he gives us any inkling that he is that I think it’s done, it’s done last week. They released the topics for this debate, uh, climate change, nowhere near the agenda. Uh, but they did say it’s subject to change. And I guarantee you at this point, we’re probably gonna have a question about Donald Trump’s taxes now.

Cause Chris Wallace from Fox news is moderating and Chris Wallace has been known from time to time to hold people accountable, including Donald Trump himself, and to ask tough questions and he doesn’t do it all the time, but he has done it occasionally. I think this presidential debate will be a good opportunity for him to do that. Here are the topics, again, subject to change based on the news that has come out in the last week, Trump and Biden’s records, Supreme court coronavirus, pandemic, the economy, race and violence in our cities and the integrity of the election itself. Now, first hearing those topics, you would think I would, I did that. Donald Trump would have the edge on these, right? I mean, his campaign has been talking about all of these issues. You know, he now has the chant at his rallies that he’s had since the passing of Ruth Bader Ginsburg. Uh, the new chant is fill that seat. They’ve got t-shirts, they’re selling from the Trump store that say, fill that seat.

So he’s on top of that, the economy, most voters still, for some reason, trust him on the economy. But if you look at the other poll, Oh, and don’t forget, you know, the violence issue, he’s been trying to push this as if the United States is absolutely collapsing from the inside. When in reality, it’s a few isolated events happening in this country. It is not spreading. It’s not. So you would think though, but because Trump has been talking about these for so long that he would have the edge, but according to the polls, he does not. The only issue that Donald Trump has the edge on, like I mentioned, is the economy. Most people, for some reason, believe Trump is better on the economy. Um, I have no idea why Trump has done nothing that has helped the economy. His policies were actually setting us on the path towards recession, which likely would be hitting about now, according to economist had pandemic not hit, uh, moving the recession up by a few months.

So yeah, side note, did you know that since 1972, there has been a recession during every single Republican administration, even if they only served for one term, they brought a recession. The only time there’s been a recession during a democratic administration was when Obama took office and he inherited the ongoing recession from Bush that was reversed and ended just five months into Obama’s presidency. Wow. Hey, if you’re saying those are facts, nevertheless, the other issues, including race relations violence in our cities, the pandemic, the Supreme court Biden holds a lead in the polls on those issues. Some of them by double digits.

So even though Trump has spent months now trying to paint Biden as this radical communist being secretly controlled by George Soros and Bernie Sanders, the public hasn’t bought into it. The polls are not reflecting this image of Joe Biden that Donald Trump is trying to project. So Biden has the edge and that kind of sucks. And I’ll tell you why. I started off talking about Biden has to give us a solid performance. And if he gives us a solid performance, I think he cruises to an easy victory. If he stumbles, if there is any inkling that he’s, you know, declining mentally, it’s all lost. It’s all lost. And Trump goes to re-election. Trump has really nothing to lose and everything to gain. So Trump can give a crappy performance and it’s not going to change anything. It really is not for him. So I think Trump has actually safe here Biden on the other hand, because he has the lead on all the issues. He does have something to lose. And if he loses, I don’t think he comes back from it. But given his recent town hall performance, he can pull it off. The only question is Willie, this is going to be probably the most frustrating presidential debate I’ve ever watched in my lifetime. So buckle up. It’s not going to be fun, but we’re going to have a much clearer picture of where we actually stand. Once that debate is over.