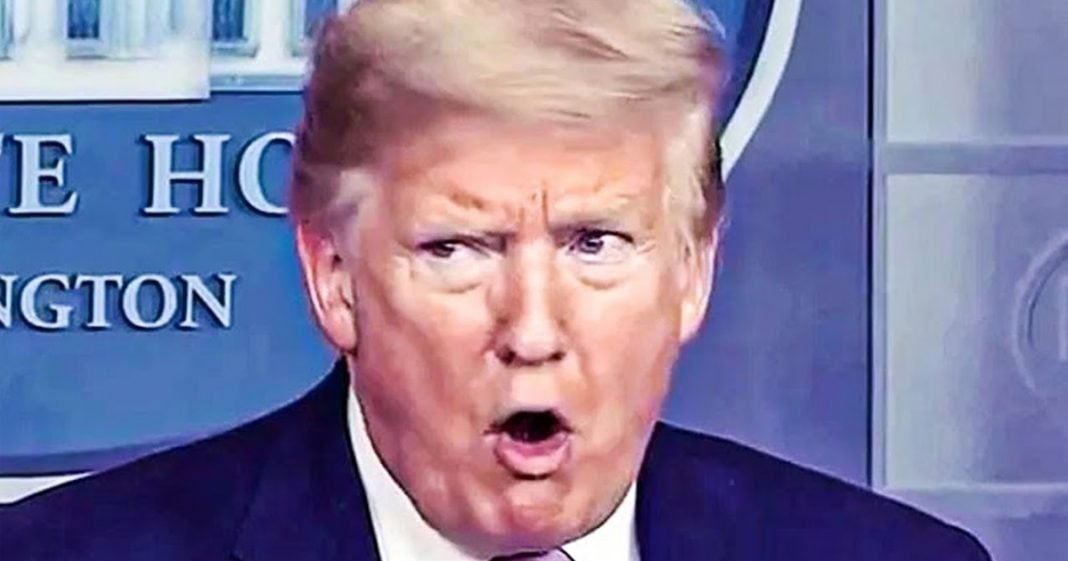 The Republican Party might be enjoying their seemingly limitless power in Washington, D.C., but that party is likely to come crashing down very soon. A keen-eyed reporter for ProPublica noticed that the Republican Party in Texas is in dire straits, and with Trump currently leading Biden by only ONE POINT in the state, the GOP was forced to send some serious cash to Texas to try to keep it Red. Ring of Fire’s Farron Cousins explains what’s happening.

A ProPublica reporter recently discovered something that actually proves that the Republican party is in far worse shape than most of us believed. And what he uncovered was that the RNC knew the official Republican party itself just had to send about one and a half million dollars over to the red state of Texas because Republicans in Texas were running out of money. In fact, for the month of August, they only raised 3.3 million and half of that came from the Republican party itself. That was them basically just paying a little subsidiary of themselves so that they could keep Texas red, according to the latest polls that just came out a couple days ago, Donald Trump has a 1.1% polling lead over Joe Biden in the state of Texas. 1.1%. Yeah. In the deep red state of Texas, that apparently is not so deep red any more. And according to reports specifically from raw story, there’s a reason for that. You know, you have had people moving into the state, you have had people moving out of the state. You have had deaths.

You’ve had people that were younger and far more progressive coming, a voting age, the demographics in the state of Texas, just like they are everywhere are shifting. And they’re shifting in a way that isn’t beneficial to the Republican party in the state of Texas. And they need money to preserve their power a little bit longer. Eventually they’re going to lose it. Texas is not going to be a red state for very much longer this election cycle. It will likely stay red. Yes. Beyond that. I do not know that that is a guarantee. Far more liberal. People are starting to move into the state. Um, the hard right is losing its grip. There’s a very real, very real chance that this could be the last election where Texas is considered a red state instead of a swing state. Because by the way, that’s what we’re talking about happening here with taxes. I’m not saying it’s going to be as blue as California or in New York. Now we’re talking about Texas becoming a genuine swing state, and that’s gonna, that’s gonna lead to a lot of money being spent on Texas elections.

But this also shows us the damage that Trump is causing. But I think it’s also a little bit unfair to say that it’s just Trump. I think a lot of it is Donald Trump being at the top of the ticket that does hurt all the down ballot races. But I also think you have to look at the other people who represent Texas on the national stage. People like Ted Cruz, Ted Cruz is genuinely a, a hated individual, even among Republicans. So I think his presence there, him being a, a, you know, person that’s publicly representing the state of Texas that doesn’t help them, that doesn’t help the image that the voters in the state don’t want to project. And they’re tired of it. Okay.

Them not all of them trust me. Um, so I think that’s where we’re headed. And I think that’s why the Republican party had to go in inject this cash in there because they can’t afford this year for Texas to be a swing state that that’s not going to end well for them, because if they suddenly are having to pull money out of other States, which we’ve seen them do, they pulled money out of Arizona and apparently injected it into Texas. But if Texas, if the polls there continue to look bad, they’re going to have to start pulling money from other swing States. You know what happens if they have to pull out of Minnesota, for example, a state Joe, Biden’s already winning by 17 points right now that could cost them the election, Wisconsin. What if they have to pull money out of there Pennsylvania or Ohio, they could pull money out of there just to keep Texas red, because Trump’s not the only one on the ballot.

They also have John Cornyn trying to keep his Senate seat and they gotta retain control of the Senate. I think honestly, they would rather retain control of the Senate. Then when the presidency, if they had to choose between the two and that’s what this is about, this is something we haven’t seen, at least not in my lifetime, not in my time covering this kind of thing, but this is big. And this is a good indicator that the Republican party is not as healthy as they would like to think. You know, we see the reports, we watch these smug jackasses, do their, their, their talk shows and, you know, pass their legislation and pack our courts and all of that nonsense. But behind the scenes, their party is crumbling. Mitch McConnell, Lindsey Graham, Donald Trump, Ted Cruz. They all project that everything is fine. We’re great and wonderful. And we’re smug. And Democrats are so pathetic, but behind the scenes, their houses on fire, and they have no idea how to put it.