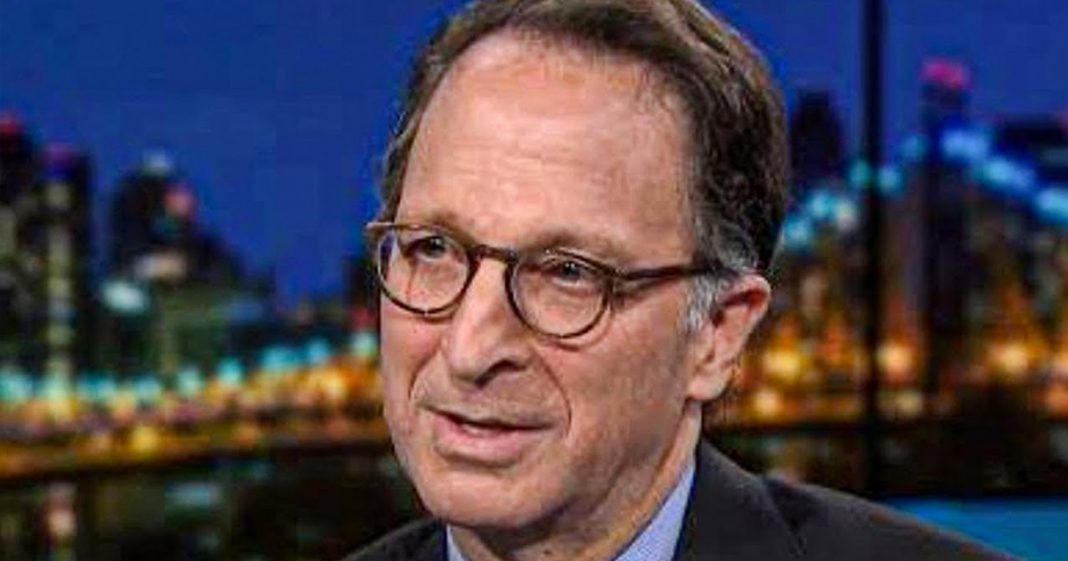 One of the top prosecutors from Robert Mueller’s team, Andrew Weissmann, says that the special prosecutor’s office (and team) let the country down and ended up letting Republicans spin the actual results from the final report. While he says there was no evidence of collusion, he says that all of the obstruction of justice was clear as day and that this should have been made more clear to the public – and to those with the power to impeach. Ring of Fire’s Farron Cousins discusses this.

According to one of the top prosecutors for Robert Mueller’s team, a man by the name of Andrew Weissman, who coincidentally has a new book out. Um, he says that the special prosecutor’s team could have done more to take on president Trump. In fact, he says they did not go far enough. And more importantly, they let Republicans capture the narrative of the final issue of the Mueller report and essentially turn it into something that was completely false. Now I’m not talking about the collusion part. Andrew Weisman is very clear about the fact that they could not prove collusion. Now, thank you in mind, that does not mean there was not a collusion. They could not prove collusion and the report makes that clear, but the report also makes clear that there were at least 10 different instances of obstruction of justice. And that is what Weisman is talking about.

When he says we could have done a lot more to take on Donald Trump. Here’s a direct quote from Weissman, uh, from the Atlantic, uh, when there is insufficient proof of a crime in volume one, we say it, but when there is sufficient proof with obstruction, we don’t say it. Who’s going to be fooled by that. It’s so obvious had we given it our all had, we used all available tools to uncover the truth undeterred by the onslaught of the president’s unique powers to undermine our effort. Part of the reason the president and his enablers were able to spin the report was that we had left the playing field open for them to do so. I agree with those statements 100%. And we have said, so we have said so repeatedly Donald Trump and his Republican sycophants, both in office and just in the public have repeatedly told us since the Mueller report concluded. And we got, uh, actually when we first got the draft report of William bar’s summary report, uh, that there was no collusion, no crime, nothing. It was all a witch hunt, all a hoax, all a set up to take down the president. And they said that the report proved this.

You did not. The report said that we found at least 10 different instances where the president of the United States obstructed justice. And they were fairly certain that they had an intent as well. Uh, because as, as Mike Papantonio here always says, you cannot have obstruction. If you do not have intent, you can have an obstruction. Even if there’s not a crime. If the intent is there crime or not, doesn’t matter, you can still have obstruction of justice. If the intent is there. And based on what the prosecutors have said in the report, they believe the intent was there. The intent was to obstruct. And part of that obstruction by the way is why they weren’t able to get sufficient evidence to prove collusion. Even though collusion is a tricky thing, to be able to prove in the first place. So here we are here we are all this time later, Donald Trump thinks he was exonerated.

His followers think he was exonerated. The Democrats did a horrible job following through with what the special prosecutor wanted them to do, which was, Hey, I’m not supposed to prosecute social. Maybe if you guys should do, they didn’t do it. And it says, Weissman says, cause they left the field open for Republicans to do whatever they wanted with it. And just one more point that, uh, so-called rule that a Mueller said, you know, Oh, we can’t prosecute a sitting president from the DOJ. That’s not a rule. That’s actually just a memo that the agency wrote to itself during the Nixon years. It’s not a rule. It’s just kind of a tradition, but they can prosecute if they want to. They just pretend they don’t have the authority so that they don’t have to go after their own boss. That’s how that works.