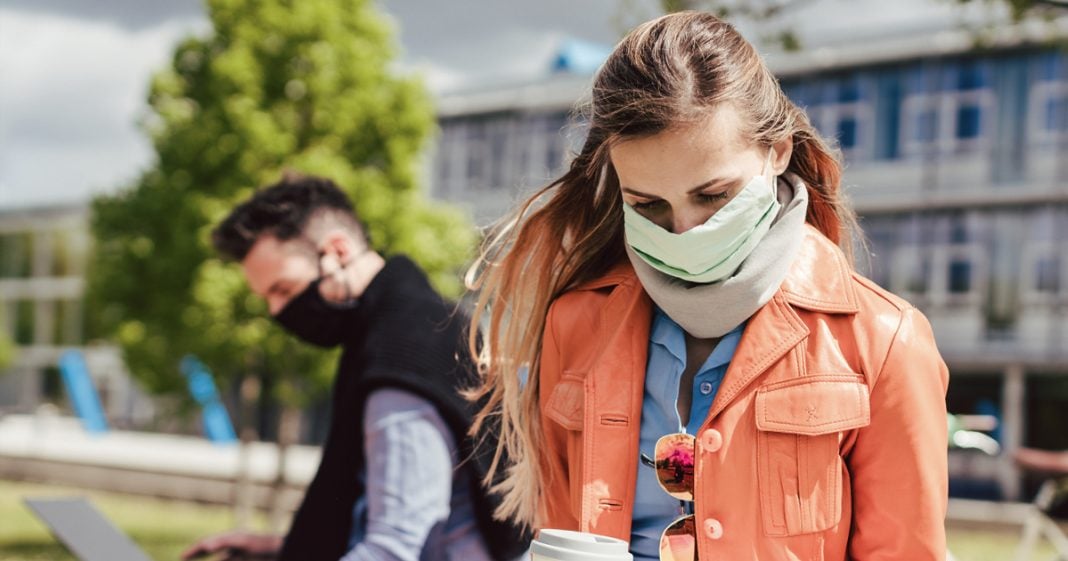 According to a new study from several universities, cell phone data has shown that the reopening of college campuses in the United States has led to a 3,000 per day increase in new COVID-19 infections. This was entirely preventable, but this country wants to continue to pretend like nothing is happening and that we aren’t in the middle of a global pandemic. Ring of Fire’s Farron Cousins discusses this.

According to a major new study undertaken by several universities in this country, working together, the recent reopening of college campuses across the country. In fact, I think about 1400 college campuses reopening led to a massive spike of at least 3000 new COVID-19 cases per day, since reopening just a few short weeks ago. Here’s how they did it. They used cell phone data. So that’s actually one of the main ways that they’re able to track and trace people with COVID. If you have a cell phone on you, everybody always can find out how, uh, where you are based on the apps you have, you know, you’ve allowed them to track you all of these things. That’s, you know, one of the biggest privacy concerns out there, but nevertheless, uh, it’s helping, uh, researchers actually trace who you’ve been around. Have you been around anybody that later tested positive for COVID?

Did you spread it? Did you get it? Whatever it is, you know, they’re looking for all these things and they found it and they were able to directly link 3000 new COVID-19 cases per day, to the reopening of college campuses. This is something that did not have to happen, like flat out didn’t have to happen. That’s what’s so crazy about this to a degree. Not saying I agree with it, but I can understand the reopening of public schools here in the country, you know, grades K through 12. I understand that because parents can’t all stay home and teach their kids from home. But with colleges, for the most part, now there are some college courses that obviously have to be in person. You know, a medical school would have to be in person, any kind of lab would need to be in person, but those make up such a tiny percentage of overall college courses that it’s ridiculous.

There was absolutely no reason why these colleges had to completely reopen and offer everything in person at all. That’s that’s ridiculous. You know, if you’re taking a literature class, if you’re taking an economics class, if you’re taking a biology class that doesn’t have a lab and doesn’t require any kind of, you know, hands on experience, all of that can be done online. All of that can be done virtually. If you’re taking a constitutional law class that could be done online, any kind of psychology course online, do you see where I’m going with this? These people could have stayed in the comfort of their own homes in their underwear. For all we care, doing online classes, still getting the same kind of education from the same educator, just not physically having to be there, but it takes a little bit of effort to put into that, to make it happen, just like with the public schools.

And so that’s why they said, no, come on back and this didn’t need to happen. And yeah, it sucks for the kids. I understand the college experience is something that is absolutely amazing. You know, I look back fondly on those days, like every day, mostly because I wish I was able to do the things I did back then, uh, you know, without having to lie in bed for three weeks afterwards. And I’m not even that old. And yeah, it sucks for them to have to lose a year of that experience. But as long as we keep forcing this, as long as we keep trying to pretend that we’re not in the middle of a pandemic, we’re going to make kids, whether it’s a college senior, whether it’s a kindergartener or a college student, they’re going to miss out on some fun activities, some really great memories for even longer, the longer we pretend that nothing’s happening.

If everybody could just suck it up. If the president of the United States could actually be a leader for five damn seconds, we could muscle through this in a matter of weeks, but Trump won’t do it. Too many Americans are unwilling to do it. They think wearing a mask is somehow unconstitutional. Haven’t seen that anywhere in the constitution, but sure. Maybe they should offer some free online constitutional law classes to these idiots who think it’s unconstitutional. They’d be shocked. I think by what they’d see. But nevertheless, we’re going to keep pretending it’s not out there, which is gonna make us have to do this crap even longer.