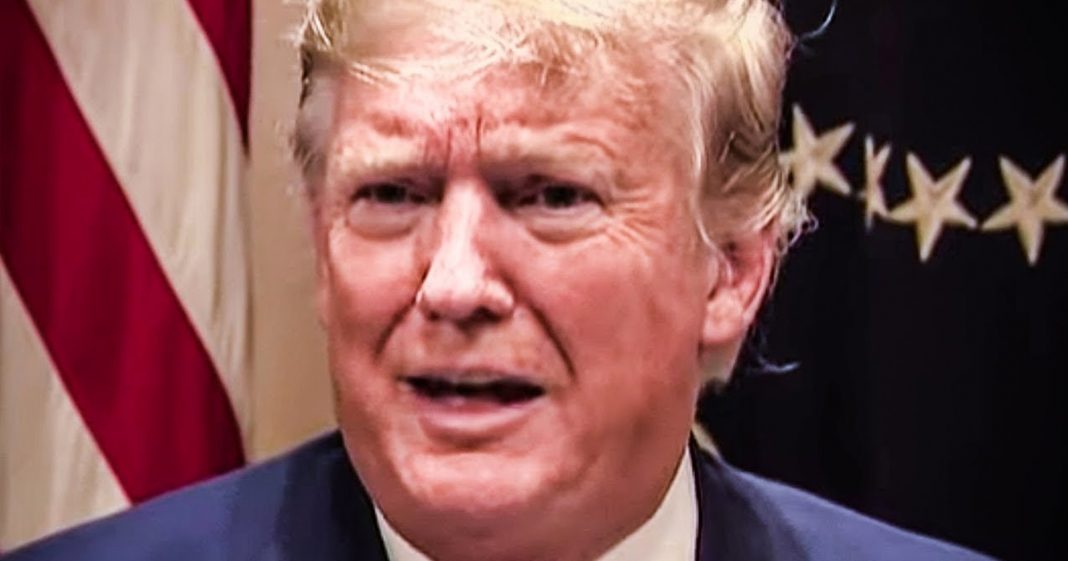 Donald Trump has really only ever polled well with one particular demographic: White people without college degrees. But now this crucial demographic is starting to show signs of fracture, right as Trump needs them the most. With his poll numbers slipping among this group – and not doing any better with other groups – a victory in November is becoming far more unlikely. Ring of Fire’s Farron Cousins discusses this.

Every now and then in this hell, that is 2020. We actually get a little bit of good news. Um, and recently we’ve got some actually pretty good polling news. Uh, it turns out that Donald Trump is starting to lose support among his actual base. Now I’m not talking about the manga hat wearing ride your boat, crazy crowd. I’m talking about the average normal people who vote Republican or voted Republican in 2016. And these are white non college educated voters in swing States. According to the latest round of polling, which builds upon polling from roughly a month ago, Donald Trump is starting to lose a massive share of these non college educated white suburban voters in three crucial swing States, Wisconsin, Minnesota in Pennsylvania from the report in Minnesota, where the contest between Trump and Joe Biden has seemed to tighten in recent weeks. Although Biden, according to latest polls is like a 17% lead and we’re both candidates stumped on Friday.

A CBS news U gov survey last week found Trump running two percentage points behind Biden with white voters after carrying them by seven points in 2016, even among white voters without college degrees Trump’s base. The president was far short of the margin he put up against Hillary Clinton. There it’s the same story in Wisconsin where Trump won non-college educated white women by 16 percentage points four years ago, but is now losing them by nine percentage points. According to an ABC news Washington post poll in Pennsylvania, Biden has now pulled even with Trump among white voters, according to an NBC news Marist polls, uh, in 2016, white voters cast over 80% of the vote in each of the three States, according to exit polls. And Trump only at this very moment has a lead in one of those States that is Minnesota, and he’s already losing by double digits to Joe Biden in Minnesota.

So I don’t know that that’s going to change anything. Does this mean the election is a slam dunk for Joe Biden? Absolutely not. Because what happened before these polls were taken, actually what happened after these polls were taken was what I meant to say. Uh, we had a Supreme court justice die. The Republicans typically have been the ones who run on Supreme court, vacancies the importance of the Supreme court, yada yada, yada, we can’t let the liberals get it. They’re going to make everybody have to have abortions and get gay, married, and all of that nonsense that actually never happens. So maybe these polls change, maybe these voters don’t care too much about it, who knows, but these polls do indicate trend that as I mentioned last month, we started to see the cracks in that white voter base in swing States of Donald Trump’s started to lose support. Now, these three different polls come out showing that he has lost even more support.

So this could be significant, but at the same time Time, this could all have already shifted following the death of justice, Ruth Bader Ginsburg. We won’t know yet. We won’t know until the next round of polling comes out, which because we’re only six weeks away. They’re doing it every single week. So by the end of this week, beginning of next week, we should know a little bit more about how a justice Ginsburg’s passing is going to affect the vote. But right now Trump’s in a bad position. He is not in a position that puts him, uh, on top of Joe Biden, but we’ll have a much clearer picture probably at the end of this week.