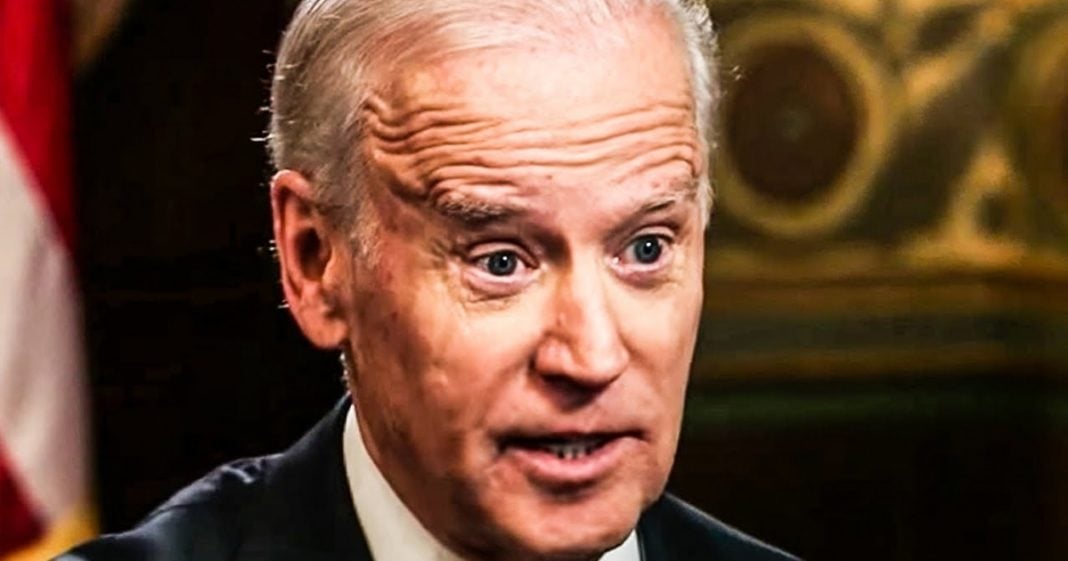 The Republicans are trying to one-up the Democrats on the Ukraine issue, and they are preparing to release a detailed report about the dealings of both Joe and Hunter Biden in Ukraine. Republicans have been claiming for a year that something fishy happened, but the likelihood that this is true is virtually nonexistent. But this report, much like AG Barr’s expected report on Obama’s “spying,” will likely contain just enough vague details to give conservatives clearance to claim the worst, while tiptoeing through the garden of slander. Ring of Fire’s Farron Cousins discusses this.

So it’s been about a year or so, I guess since the Ukraine story broke, where it was revealed that Donald Trump did engage in the quid pro quo with Ukraine saying, we’ve got aid, we’re going to give you, but I’m not going to give it to you until you gave me the dirt on Joe and Hunter Biden. Well, they never got the dirt on Joe and Hunter Biden. And in the year, since then, Trump’s done a lot to try to get that dirt on Joe and Hunter Biden. You know, we’ve had Rudy Giuliani going over there, you know, meeting with his buddies, loved Parness. And, uh, Fruman, uh, they’re now heading to prison at some point, uh, Giuliani not, but he is under investigation for possible, possibly working as an unregistered foreign agent. So where’s the dirt on Biden. Well, Republicans are telling us they’re going to release that very, very soon.

In fact, they’re going to release it this week. They say, because I don’t know if anybody remembers we’ve we’ve had quite a few things happen in the, this year. Really earlier this year, Republicans in the Senate announced they were opening an investigation into Joe Biden and Hunter Biden to find out what exactly the two of them were doing in the Ukraine and whether or not Hunter Biden’s job over in the Ukraine for that gas company influenced in any way Obama administration policy towards Ukraine. And guess what? Folks only took them a few months, but they have completed the report. They are going to release it. They’ve done depositions. They have called people into the Senate and they’re going to release the report. Here’s the thing. If there wasn’t something in this report that could be skewed or spun in favor of the Republicans and against Joe Biden, they wouldn’t be releasing it.

So obviously there’s something in there whether real or imagined that they believe is just enough to where they can spin it to make it look like there was some kind of impropriety with what Hunter and Joe Biden were engaged in with regards to Ukraine. It’s the same reason by the way that ag bar is pushing the, a us attorney to release an interim report on the origins of the Russia probe and the spying allegedly on Trump’s campaign, because they think there might be just enough in there. Something worded, maybe a little vaguely that they’re going to be able to spin, to take down Biden because that’s all they have. It’s a dirty trick. It’s fake as hell, but they think it’ll work in the public. I’m sorry, public. God love ya. You’re just dumb enough to believe it. Now everybody watches regular. You know, I’m not a huge fan of Joe Biden. I have said, I am 100% going to vote for Joe Biden.

But at the same time, I’ve also said since the beginning with this Ukraine thing, I do not believe for a second. There was anything illegal that Hunter Biden did that Joe Biden did. None of it. And so far, no evidence whatsoever is turned up to suggest that I’m wrong. In my assumption and Democrats have actually secured from Republican’s permission to release all of the transcripts of every witness, every deposition, everything that went into the drafting of this report, but the public’s not going to care about that. They’re going to care about the final report, which Republicans will spin to make it seem like there’s something shady happening here. Folks, you Mark my words. And when we all look into it, we’re going to realize, Oh no, this is stupid. This is contradicted by the, uh, by, by the transcripts, by whatever, by the evidence, by the timeline.

But by that point, it’s going to be too late. And that’s the problem with this crap. You know, like when ag BARR came out and released his summary of the Mueller report and then a, you know, a couple of weeks later, we got the real Mueller report that said, Oh, wow, no, there’s a ton of obstruction of justice in here, but everybody already went on on bar summary. And that was it. And that’s, what’s going to happen with this one. There is not going to be any kind of smoking gun that says Hunter or Joe Biden engaged in criminal activity, or did anything that was outside the letter of the law. But the Republicans are going to spin it as that could be a possibility in suddenly you create that doubt in the public’s mind and everything that comes out afterwards is nonsense. It’s nothing it’s noise because that’s how these stories go. It’s sensational. It pops at first, but nobody ever pays attention long enough to get the followup where the whole thing is debunked. That’s not just an indictment of American politics. It’s an indictment of the public’s attention span towards actual real stories as well.