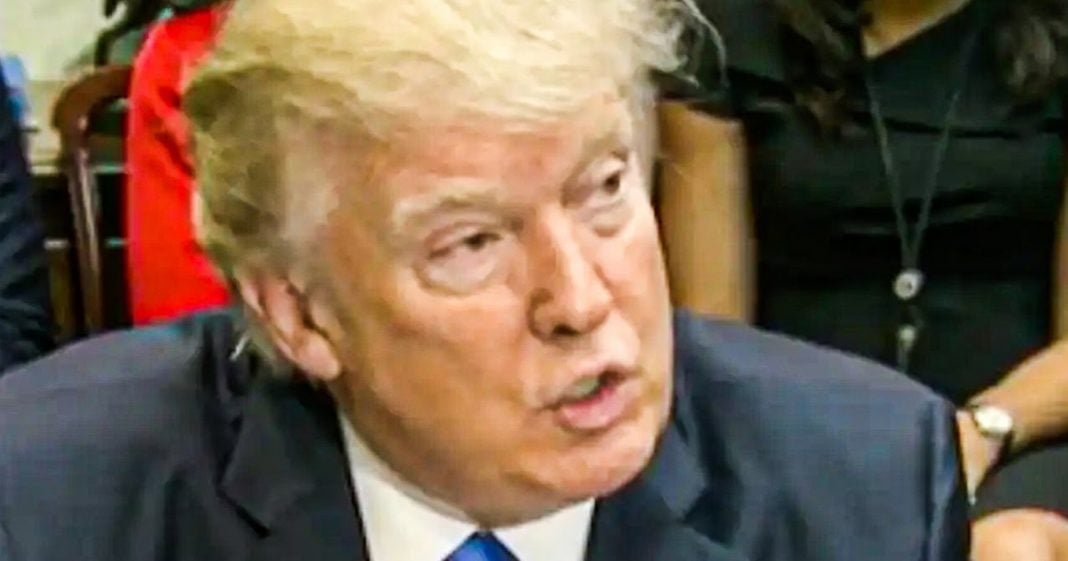 Donald Trump again tried to shift the blame for the pandemic onto Democrats, claiming this week that the death toll in America would be the best in the world if it weren’t for the Democratic-run states in this country. But the numbers don’t back this up, and the breakdown of blue state deaths vs. red state deaths is nearly identical. Ring of Fire’s Farron Cousins explains what Trump is doing.

On Wednesday of this week, Donald Trump gave a speech where he specifically laid the blame for the horrible coronavirus numbers here in the United States at the feet of blue States and essentially blue state governors. Here’s what he said. And this was, you know, as the United States approaching 200,000 dead from COVID-19, this would, he said, if you take the blue States out red, a level that I don’t think anybody in the world would be at. So if we one for the blue States, you know, those pesky Democrats out there dying from this disease, Hey one, for those people, we’d be looking pretty good right now because the numbers in red States, I gotta tell you they’re totally acceptable, right? Folks. So that begs the question, obviously, how much worse is it in blue States than it is in red States? I mean, how, how much of Democrats screwed this up? The answer is it’s not, and they didn’t currently, it is 53 to 47%, 53% of people who have died from COVID-19 have been in blue States. 47% have been in red States, a six point difference each three away from being half. And considering the fact that blue States added up have far greater populations than red States, when all added up, I’d say that’s pretty damn good split. Right? And of course, yeah, in the early days, most of the people that were dying were in blue States because that’s where the virus was.

But then the virus was allowed to spread and it had red States hard and has been hitting them hard for months up until of course the government stopped paying for the coronavirus testing. And, uh, most of the testing sites were shut down. So the numbers in red States, artificially looked lower than they actually are. I know that’s the case here in Florida, but they’re still there. We know, cause the deaths are still same level, but the total number of cases has, has gone way down. How is that possible? How can you have same amount of people dying, but fewer people having the disease it’s because you don’t test for it until of course after they die. And then you don’t have to count them as a new case because, Hey, they’re a dead case and that’s what’s happening in this country right now. But for Trump to come out here and say that if it wasn’t for the blue States, we’d be doing great.

It’s a lie. Like everything else, this idiot says, but he’s doing it for a reason. He’s doing it because he has grasping at straws right now with his failing presidential campaign. I mean, you got Joe Biden, 16 points ahead of him in Minnesota. You know, all those polls that were looking bad for a couple of days, starting to look pretty good for Biden. Again, starting to look even worse for Trump. And I think we’re going to continue to see that trend because people understand that Trump has screwed up in that Trump doesn’t care that he screwed up and they see what he’s trying to do. They know he is trying to blame blue States for what’s happening, but they know at the end of the day, the buck stops with the president, right? He is the big man, the top of that totem pole. And if he wants to retain that power, then he’d better. Cause as long as because he keeps blaming any and everyone else for all of his own failings, he doesn’t deserve to be in any kind of position of power. The Mark of a true leader is taking the blame when necessary. And that is something that Donald Trump has not ever once done in his life. Why? Because when it comes down to it, the man is one of the worst leaders that either the business world or the political world has ever seen.