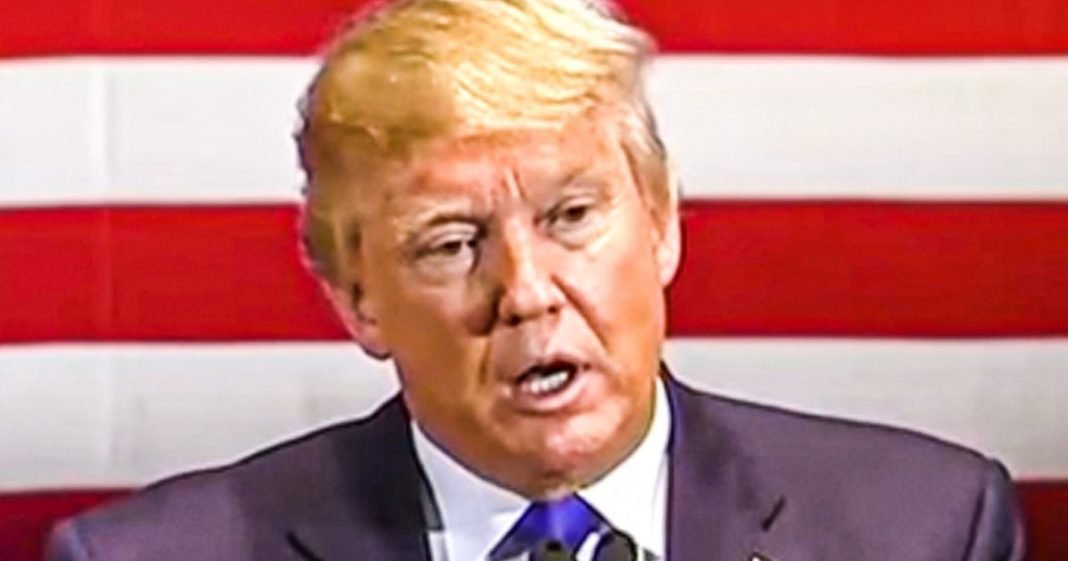 According to the latest round of polling, a majority of Americans believe that the President has simply given up trying to actually manage and handle the pandemic. This isn’t a good sign for the President who is in a tight race to retain his office. If the people believe that you have given up on them, they are far more likely to give up on you, as Ring of Fire’s Farron Cousins explains.

According to a new poll out this week, 60% of Americans believe that Donald Trump has straight up given up, actually trying to fight the pandemic. He’s just quit, doesn’t care anymore. Whatever happens happens. They believe 60%. He’s just done even trying to save another American life. Even one 25% of Trump voters, people who voted for him in 2016, 25% of his own base thinks that he has given up. Now here’s the thing. Those numbers should both be 100, 100% of people should think Donald Trump has given up because Donald Trump has given up he’s he’s made it clear. He’s given up. He’s never given us the real straight truth about what’s happening. We know that now that’s documented. We actually have tapes of it. Thanks to Woodward. Um, so he’s lied to us. Hasn’t allowed more funding to go to the States to continue testing. He has encouraged States to reopen, even though they were not ready to reopen, he has actually threatened to not fund areas.

If they don’t reopen their schools and force their children to go back in, he gave up a long time ago. He never, he never actually fought for it by the way. So to say, he’s given up implies that at some point he was actually trying, and he’s not, he hasn’t, he never was going to do that. But here’s why this is bad for Trump. Not just because obviously the pandemic’s not just going to go away just because we want to pretend it’s not there anymore. It’s still there. But as long as people believe that the president of the United States has given up on what is the biggest issue of the year for voters heading to the polls, that’s not going to bode well for him. You know, it’s like in 2004, if, uh, all the people going to the polls said, yeah, you know, I really think Bush has given up on that war on terror thing. He wouldn’t have won reelection. The war on terror was BS. It was a horrible, tragic mistake that has ruined millions of lives. But people believed that it was something we needed to do at the time. And they believe he was better equipped to handle it. Then John Kerry, the actual purple heart winner,

Trump is facing kind of a similar thing, except that they don’t think he’s handling this thing correctly. A COVID was not Trump’s own design like Iraq was with Bush, but Cove. It is something that the president could have attempted to stop. I mean, look at us folks. We are now halfway through halfway through September, you see any other countries around the world having to do the same crap that we’re doing? Yeah, there’s a couple, but those are places that are actually being led by people like Donald Trump. So we are relatively unique in this situation. You know, we like to scream about my freedoms, my freedom, my freedoms are under attack. I’ve been asked to wear a mask we’ve actually had right wing idiots, like a bill Mitchell, right wing talking head claim that he put a mask on for a few seconds. And I immediately couldn’t breathe. I didn’t have this shit in the rest of the world. Folks. We are unique. We’re unique in our stupidity. We’re unique in the fact that we allow the dumbest of our society, the right wing talkers to earn places of, you know, power, these talking heads. You look at any Republican talking head, they got more followers on Twitter. They got more subscribers on YouTube. They’re better funded. You’ve got right wing billionaires and millionaires pouring money into these idiots.

So yeah, that plays a role too, but nothing plays as big of a role as having a president who is totally given up doesn’t care one way or the other. He just wants to move past it. Well, guess what? You may want to move past it. We all do. But those of us who live in reality understand this is still something we have to deal with. You have to wear the mask. You have to socially distance, you have to do what you can to help keep the local economy running while at the same time, not putting yourself or your family or any other people at risk. It is a delicate balancing act that hundreds of millions of Americans are currently pulling off. All we’re asking is that the jackass president do the same thing.