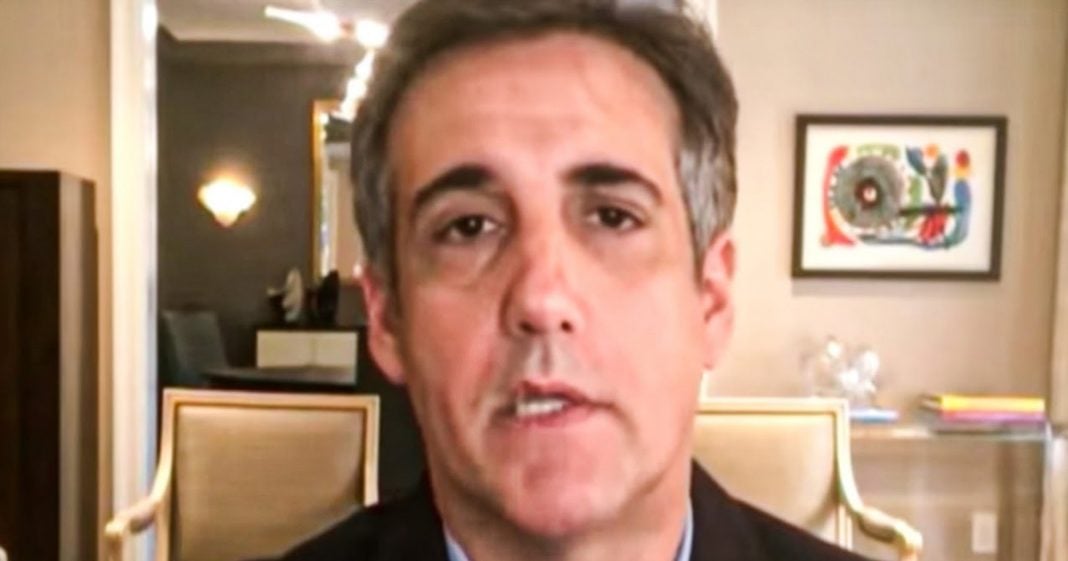 Michael Cohen wants us to believe that he is now on our side, and he’s going out of his way to paint himself as a sympathetic ally. But the truth is that all of his recent attacks on Donald Trump have been for one purpose and one purpose only – he wants to sell more books. He’s already got the #1 bestseller, and as long as he keeps attacking Trump in the press, he’ll hold onto that top spot a little longer. Ring of Fire’s Farron Cousins discusses this.

This week, Michael Cohen came out and he told us what exactly was in Donald Trump’s tax returns. Right? This is something we have been wanting forever. We’ve been wanting the tax returns. We want the bank records. Prosecutors want them, investigators want them, the IRS wants them in Michael Cohen this week, let the cat out of the bag. And he said, get this what’s in those tax returns, which in those financial documents. Yeah. It’s going to show that Trump doesn’t have as much money as he wants us to think he has O M G right? Here’s the thing, folks, can we stop giving a crap? What Michael Cohen has to say, unless he has actual evidence to present again, showing the Donald Trump has committed a crime. I don’t care what Michael Cohen says. He is out there right now trying to sell books and he’s doing a damn good job of it.

He’s actually number one bestseller on Amazon right now. And it’s because he goes out and he says, stupid things like this. He thinks he can go out there and just attack Donald Trump. And suddenly we’re all going to fall in love with him. And the worst part is that clearly did happen because everybody wants to buy the book. Everybody wants to read the book and see, Oh my God, what a trope do. It’s so juicy. It’s so salacious. I don’t care. I couldn’t care less. If there’s criminal activity in there, Hecky, I care. That’s what I want to know about. And I want to see the evidence of it too. You can’t just say he did a thing. You have to be able to present the evidence and not to me, by the way you go take that up to Cy Vance or Latisha, James. Those are the people that need to see that evidence.

The house of representatives would love to get their hands on it to show why don’t you turn that over to them, but that’s not what Michael Cohen’s about. Michael Cohen wants to be rich. Again, folks. It’s the whole reason the man went to jail was because he wanted the money. He wanted to live that lifestyle. He wanted to be a part of that upper echelon. So he lied any cheated and he did whatever he had to, to get there in Atlanta, at him in prison. But he sees this book as an opportunity to crawl his way back up there to the top last week, he came out and he said, you know, Donald Trump’s, brain’s not what it used to be. And he got headlines all over for saying that, because this man who was very close for Donald Trump, for what I think 20 years, he can come out and say anything. He wants negative about Donald Trump. And it’s going to be front page news for the next two,

Two days, Because the media is being duped. Michael Cohen is playing them. He’s not going to release any actual details of that. That could be of consequence. He’s just going to say stupid things that most of us already know. We know that Donald Trump is probably not worth as much as he says he is. We know that Donald Trump’s brain, isn’t what it used to be. We know that he’s a jackass that cheats on his wives. We know these things. You better come with something a little more in depth, a little more thought provoking and a little more prosecutable. If you want us to actually give a damn of what Michael Cohen has to say.