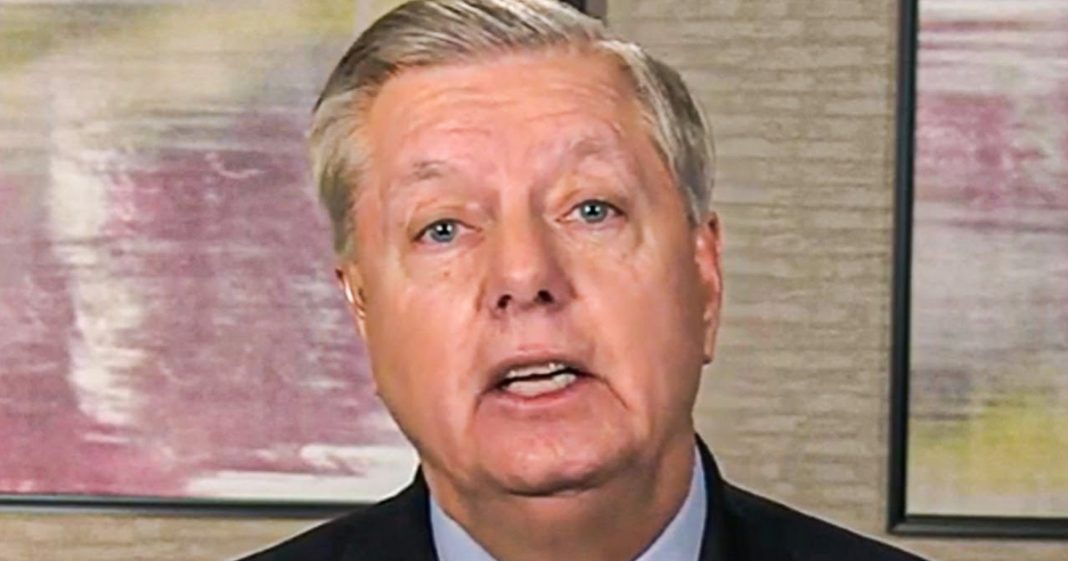 Senator Lindsey Graham thought that he landed a real zinger on his opponent Jaime Harrison this week, but it turns out that Harrison was not only ready for this attack, but he also threw Graham’s own words back in his face. Graham wanted Harrison to release his tax returns, which he did, and Harrison reminded him that Graham repeatedly told Trump to do the same but has suddenly stopped doing so. Ring of Fire’s Farron Cousins discusses this.

That would be quite interesting, but Lindsey Graham to his credit has been trying to make sure that doesn’t happen and for about a week or so, he was hounding his opponent, Jamie Harrison, to release his tax returns every day, release your tax returns. Jamie Jamie, once you hide chair of the democratic party here in South Carolina release, your tax has released your taxes, release your taxes. So on Tuesday of this week, Jamie Harrison released his taxes and he posted, posted for everybody. See, and then on Twitter, he responded to Lindsay Graham and he said done. Now do president Trump, simple, simple little sense there, but makes a lot of sense because not only has Donald Trump not released to Sachs turns, but a Lindsey Graham has also been one of the loudest voices out there saying Trump should release his tax returns. And Trump still hasn’t. Trump has no intention to, Trump’s never going to release his taxes. He won’t even release him to investigators who have subpoenaed him. Why would we ever think the man is going to willingly give them to the American public? He is not going to do that. But Lindsay Gran, uh, as recently as 2019, by the way, Lindsey Graham has actually said, yeah, everybody running for president 2020 should release their tax rates.

So Jamie Harrison threw that back in his face and then Twitter, of course piled on, has they do mocking Lindsay Graham laughing at him posting hilarious little gifts. And that’s how it should be because yeah, Lindsey Graham looked like an idiot here. Lindsey Graham reminded the entire country how stupid he is by reminding the entire country that Trump has been released. His tax returns. I mean, come on Lindsay. You know, Trump hasn’t released these things called them out on it. You did in 2016 and here you are trying to go to another person into release new tax returns, doing so publicly raising the issue of releasing tax returns. When running for office with the guy that you have now fallen in love with you, go golfing with him. He’s your best bud. After John McCain kicked the bucket, trumps your guy and you’re out there raising an issue that you know is a little bit personal to Trump because it’s something he doesn’t want to do. That is either the work of a double agent trying to get Trump kicked out of office or a staggeringly incompetent buffoon and Lindsay, in your case, I’m going to go with the latter on that one.