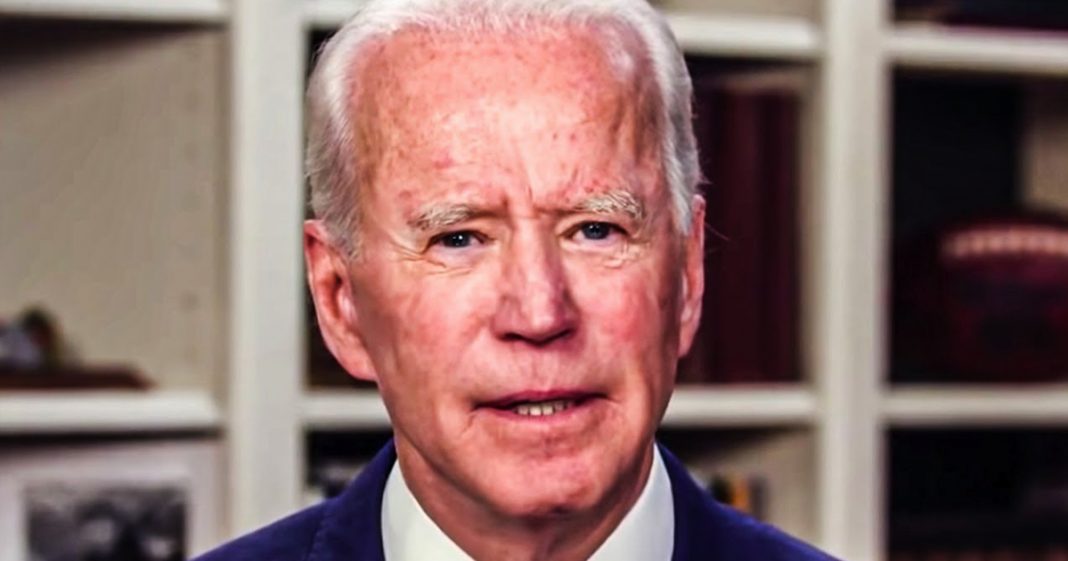 Joe Biden’s campaign believes that the ultimate fight for the White House is going to take place in courtrooms, and his campaign has taken the step of hiring hundreds of lawyers to start preparing for these fights. The campaign knows that they are going to have to challenge voting hours and polling closures on election day, and therefore they need to be ready to make sure every vote gets counted. Ring of Fire’s Farron Cousins explains what’s happening.

It was reported this week. The Joe Biden’s campaign is in the process of hiring hundreds of lawyers to prepare for the massive legal battles that they are expecting, have to take place, uh, between now and election day, possibly even after election day. And I got to say, this is a very smart move on behalf of the Biden campaign. I hope they’re hiring good lawyers who know what they’re doing because here’s, what’s going to happen. Folks, obviously right now through the federal court system in the United States, the Republican party, the RNC themselves, and the Trump campaign are suing to stop programs like universal vote by mail. They’re suing to limit polling hours to limit the number of polling places they’re suing left and right to curtail people’s right to vote. That’s the bottom line. That is what is happening. So hopefully some of these lawyers that the Biden campaign is hiring.

They’re going to go fight those lawsuits. Now I mentioned, as they’ve said, they’re hiring hundreds. You don’t need hundreds just for these few lawsuits. The rest of these lawyers are most likely going to be employed, need to file it immediate emergency injunctions to keep polling places open on election day. Here’s what I mean as is typical here in the United States. Uh, and this is by design this isn’t by accident. Uh, we under stock and understaffed polling places and certain key areas of the United States. Um, typically blue cities and blue counties that are filled with minorities. Hmm. Imagine that look at the statistics, quite shocking. Uh, and they do that obviously to make people not go out of them, but these people do want to go out and vote. So they ended up standing in line two, three, sometimes six to eight hours. But if they’re still standing in line, when the polling place is supposed to close, Republicans want to make it to where the polling place straight up closes.

You’re still in line, but Oh, well, you didn’t make it in time. You go home. And this is where those lawsuits come in. These immediate, uh, legal injunctions that have to be filed to keep the courthouses open. The judge will issue an immediate ruling saying, yes, keep it open or no, close it down. And that’s what these lawyers have to do. If you do not have these lawyers on your side, if you do not have them ready to go, but the Republicans do, you’re very likely going to see polling places close at, you know, 7:00 PM or whatever it is and send everybody home. That’s still waiting in line. This happens every election, every presidential election. And that’s why this is important for the Biden campaign to do that. And it’s important for them to do it. Now. They actually should have done it a couple months ago.

I mean, we’ve known for quite some time that Biden’s the nominee. There’s been no doubt about that. This is something that actually should have been done at the beginning of the summer. They should have already been out there fighting these lawsuits, being filed by Trump and the, uh, national Republican party, uh, about the States that have increased vote by mail. Um, unfortunately they were not there to do all of that. They do have lawyers that are fighting those, but not quite as many as maybe they should have, but these lawyers got to get trained. They got to know what to do. They got to know who to call. They got to make sure they have all their ducks in a row. And folks, we’ve got a what? 50 days, less than 50 days now, actually I’m way under 50 days, I think, uh, before the election, we have to be ready and we have to be vigilant.

And that is not just on the lawyers of the Biden campaign, by the way, it’s on YouTube. As we get closer to the election, we will be releasing. And on election day, we will be releasing names, numbers, organizations that you can call if you witness any kind of shenanigans. And I hate using that word, but I think it’s the best one to describe what’s happening here. Uh, at the polling place, we will be releasing those numbers. So please keep them on hand. If you see anything happening, if you see people, uh, these Republican poll Watchers, trying to intimidate people, if you’re polling places trying to close down or trying to send people away because they ran out of ballots, don’t leave call the numbers. The lawyers will get on it. So stay tuned in the coming weeks. We will be releasing that information for you.