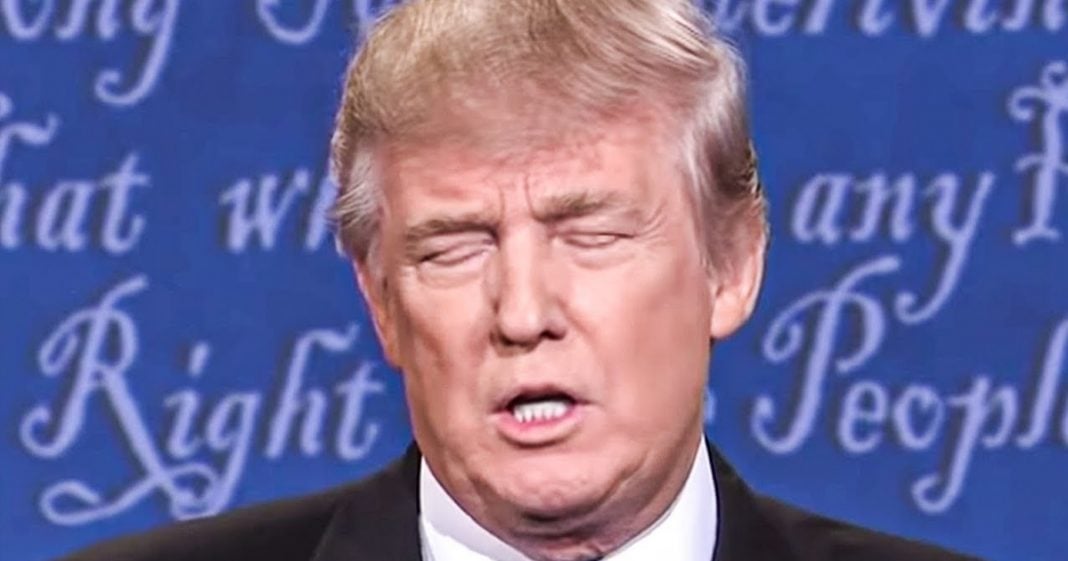 On Sunday, Donald Trump shocked everyone by actually doing something good for the country, even if it was purely for political points before an election. Trump signed an executive order that will force drug companies to give Medicare patients the same prices that they are giving to the country that currently gets the lowest price, a practice called “Most Favored Nation Status.” This will not apply to anyone who is not on Medicare, but it is still a start, as Ring of Fire’s Farron Cousins explains.

Sometimes you got to give credit where credit is due. And on Sunday, Donald Trump signed an executive order to help lower prescription drug prices for people on Medicare. Now I get into motives in a minute. We all know why he did it and why he did it right now. But we also have to admit that what he did is a good thing. The executive order says that drug companies here in the United States have to give quote most favored nation status to the United States, which means for drugs that the U S government pays for, which has Medicare, uh, both parts of Medicare. Um, but it means whatever country across the world is paying the lowest amount for your drug. That’s the price you sell it to us through Medicare at. So yes, this order only applies to people on Medicare. So people like me who are already struggling very much to pay for our prescriptions.

It does nothing for us, but that doesn’t mean that we shouldn’t be happy about it. And yeah, as for the motive, Donald Trump, 100% did this because he’s now losing, uh, the 65 and older vote. That’s why he did it. So was his heart in the right place? Nope. Did he do it because he actually cares about helping American citizens who are struggling to afford drugs? No, he did it because he wants to win, win reelection, but this is going to help people eventually cause the orders also a little bit to kind of give some wiggle room to not do anything because what the order actually does is that it says, okay, department of health and human services, you have to go ahead and work with this and put together everything that’s out there. Find out what other nations are paying, find out what we’re paying, find out what the drug companies can do.

And as long as, because here’s a catch, as long as it doesn’t interfere with innovation here in the United States or clinical trials here in the United States, then they have to grant us most favored nation status. So even when he does something, that’s almost good. He still somehow manages to snatch victory from the jaws of defeat. Right? Or is that the other way around? I don’t know how that thing works. I think it’s kind of silly to be honest, because here’s the thing, folks, this, the way this executive order, uh, is written is it actually gives drug companies and the federal government, should they so choose the leeway to say, Oh no, it looks like, Oh shoot, this, this company. Yeah, the numbers just aren’t right. They can’t lower their drugs. So sorry. So we know what’s going to happen in order for the government to actually say that the drug companies are just going to kick in a few more millions to campaigns the next cycle. And then suddenly we’re going to start seeing a lot more drugs that even though we’ve already paid for all of the R and D for it as taxpayers suddenly, it’s no longer profitable. And therefore the drug companies just can’t lower the prices. Damn. He was this close, this close to actually doing something kind of good. And he just can’t help himself from being the villain every single time.