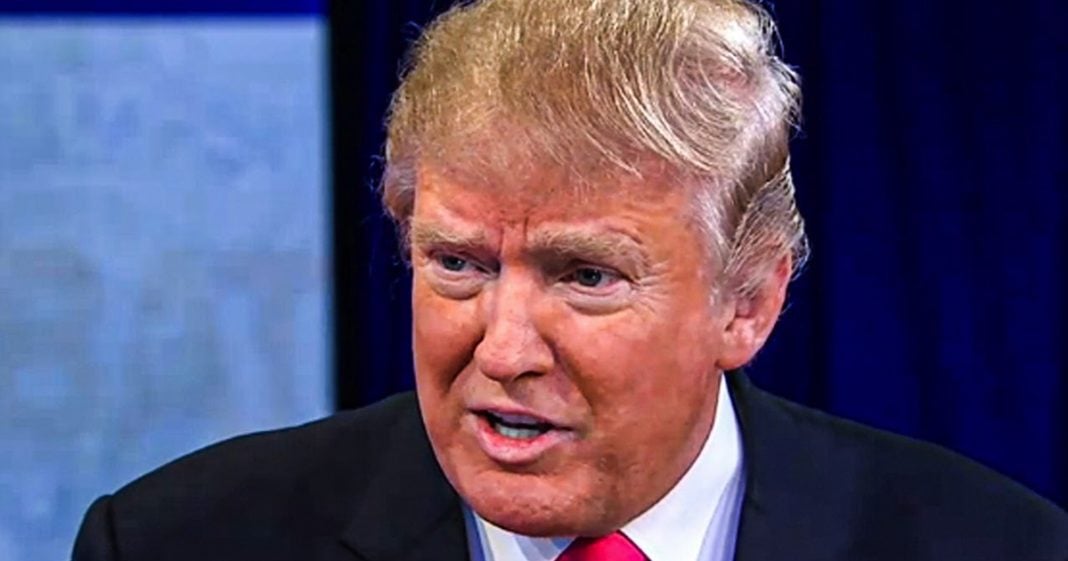 Donald Trump has now claimed twice in the past few days that he allegedly won the coveted “Bay of Pigs Award.” And unless that is some kind of eating award given out by a backwoods restaurant, no such thing actually exists. What he’s doing with these repeated lies is trying to convince himself that he’s great, while also trying to win over Cuban voters in Florida. Ring of Fire’s Farron Cousins discusses this.

In the past 48 hours, Donald Trump has on two separate occasions, claimed that he won the prestigious Bay of pigs award. Now, this is an award allegedly given bye veterans in South Florida, who are a veterans of the Bay of pigs invasion. And it’s a big deal, uh, in the, uh, Latin community down there in South Florida, or according to Donald Trump, it is there’s only one problem, even though he said twice in the last 48 hours that he won this award, the truth is this award doesn’t exist. There is no Bay of Higgs award. Yeah, Donald Trump’s still insists that he won it. Now what he did win. I guess if you’re going to call it a win, is he won the endorsement of these veterans back in 2016. And allegedly, according to the campaign, they gave him a little hand, painted a medallion. And it’s this medallion that they say the Bay of pigs award.

And if that’s what we’re resorting to as campaigns, then I guess the nothing has meaning anymore. Because if somebody can just hand paint a token and give it to a candidate and that candidate can now say, Hey, look, I just won the Farron cousins award. No, that’s not how it works. This isn’t a real thing. And I hope all of these veterans down there in South Florida understand that that not only is he lying about what you did for him, but he’s doing it to continue to manipulate you. So maybe rethink your endorsement. If you’re planning on endorsing him or already have endorsement this year. I don’t know. I haven’t seen that. I haven’t seen anything indicating that you’ve endorsed him this year, but he’s using you. He is actually absolutely using you. Oh, and by the way, he’s done nothing for you while we’re at it.

Let’s go ahead and mention that as well. But here’s the thing Donald Trump’s kind of play in this up right now because he knows he has to win Florida. And right now the polls are tightening in Florida, uh, both candidates within the margin of error of each other. So it is a statistical tie here in the swing state of Florida, Joe Biden has somehow squandered, um, a four or five point lead that he had here in Florida. And Trump’s trying to capitalize on it. Maybe it’ll be effective. Maybe it won’t. Maybe veterans will understand that Donald Trump is trying to play them. Maybe the other Hispanics down there in Southern Florida, the Cuban immigrants will understand that Donald Trump does not mean what he says. He is trying to use them. He is trying to con them, or maybe they understand that, but they prefer his policies.

Anyway, these are a group of people that make up a large portion of the population down there in Florida, who are extremely averse to anything that is construed as a socialist policy. And because the Republicans have done such a great job of trying to paint every Democrat as some kind of communist socialist, uh, then yeah, it turns these voters off. These are people who did come from Cuba, under Fidel Castro, where things were pretty bad and they don’t want anything that resembles that. Unfortunately Republicans captured the narrative many, many years ago, and they convinced this group of people that that’s what Democrats want, even though that is nothing close to what Democrats want, but that talking point has now become so ingrained with that part of the population here in Florida, that all Republican candidates have to do is keep running on that same theme. And it seems to work. Hopefully they will break out of it. Hopefully the Democrats can come up with some kind of better outreach program and talk to these voters like human beings, explain their policies like human beings and not have to resort to either writing them off or coming up with BS awards that they’ve given themselves saying that they came from that community. That’s what Trump’s doing. And unfortunately it may end up working out in his favor.