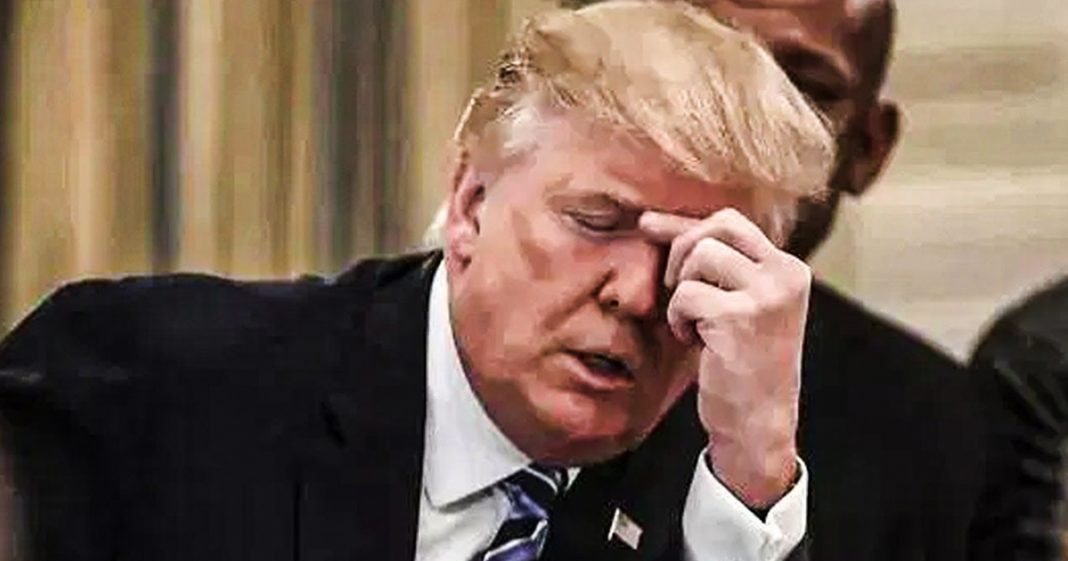 On Sunday, CNN interviewed Dr. Jonathan Reiner who didn’t mince any words about what Donald Trump was doing to his base: He is negligently letting them die from COVID 19. Dr. Reiner said that the conditions we’re seeing at Trump rallies right now are tantamount to negligent homicide on behalf of the President, and that he is also guilty of criminal endangerment. Ring of Fire’s Farron Cousins explains what’s happening.

Over the weekend. Donald Trump held his first indoor rally. Uh, since the pandemic really hit hard. Now, this is not obviously the first rally that he has held since the pandemic, but this is the first indoor rally he has held. Uh, you know, really, since things have gone crazy. Um, he did obviously have the one indoor rally a few months ago that became a super spreader event. And according to a doctor who spoke to CNN this past weekend, dr. Jonathan, uh, Reiner, what Trump did this past weekend by holding an indoor rally where photographs show, most people were not wearing masks. Is he engaged in negligent homicide?

That is what the Doctor described it. Because as the doctor said, you have all these people in close quarters during a pandemic, they are not socially distanced. They are not wearing masks. You know, the dangers. And because the Woodward tape, we know, you know the dangers, but you just said to hell with it. I need to use you as my political pawn. So some of you may die, but that’s a risk I’m willing to take. Trump says, and the doctor says this amounts to negligent homicide. He also described it, uh, as criminal endangerment, which that I think is probably an easier charge to stick. If you did eventually want to charge him with something criminal negligence here or a criminal endangerment is absolutely the best way to describe this, because that’s what this is. And if you think, uh, me or the doctor here are being a little over the top with it, keep in mind, they’re still making people sign waivers. COVID-19 waivers to go into these rallies.

So they know They know how bad it is. They know that there’s a good chance. You’re going to walk into this event and walk out with a virus that you didn’t want to catch. They know they wouldn’t make you sign these little pieces of paper if they didn’t know. So that’s what we’re dealing with right now. And I agree. So here’s what the doctor had to say. A quote. If you have a mass gathering now in the United States, in a place like Nevada, or just about any other place with hundreds of thousands of pounds, Some of those people will die. There has been a lot of talk about over whether the president played down the risks of this virus, to his followers and the country as a whole. And you have to just look at what is going on now to understand that if you took this virus seriously, you would never hold an indoor rally or almost any rally now. And particularly one that doesn’t enforce very strict rules on masks. People will die as a consequence of this, everything the doctor just said, right there is accurate.

Like I trusted him Judgment because we can See the data. We’ve already seen data of what happens in these large mass gatherings, where people aren’t wearing masks, they go back home and they take the virus with them. They do become super spreader events. You know, the motorcycle rally, people did die from that and that’s not okay. I don’t care their political leanings. I don’t care the political leanings of everybody at that rally. We know their political leanings. I don’t want them to die. I don’t want them to go out there and spread the virus to other people who are going to die. It shouldn’t be happening. It’s not worth it. Watching Donald Trump ramble on incoherently for an hour and a half. You don’t need to catch a virus to do that.

You could watch it on TV because the networks are still more than willing to give the man free airtime. Whenever he does a rally, Fox news is actually the only place that isn’t airing all of them, because they know how bad they make the president. Look. They didn’t air this one by the way away, because they knew how crazy he looked. Maybe that’s a clue if even Fox news, that only network, you all watch. If even they’re like, nah, we’re not, we’re not touching that one. Maybe that’s a sign that you shouldn’t either, because trust me, seeing Donald Trump ramble on for an hour or more is not worth dying or bringing home a virus in watching the people you love. None of that is worth it. Trump wants you to think it is, but for the Of God, start thinking for yourself on this one.