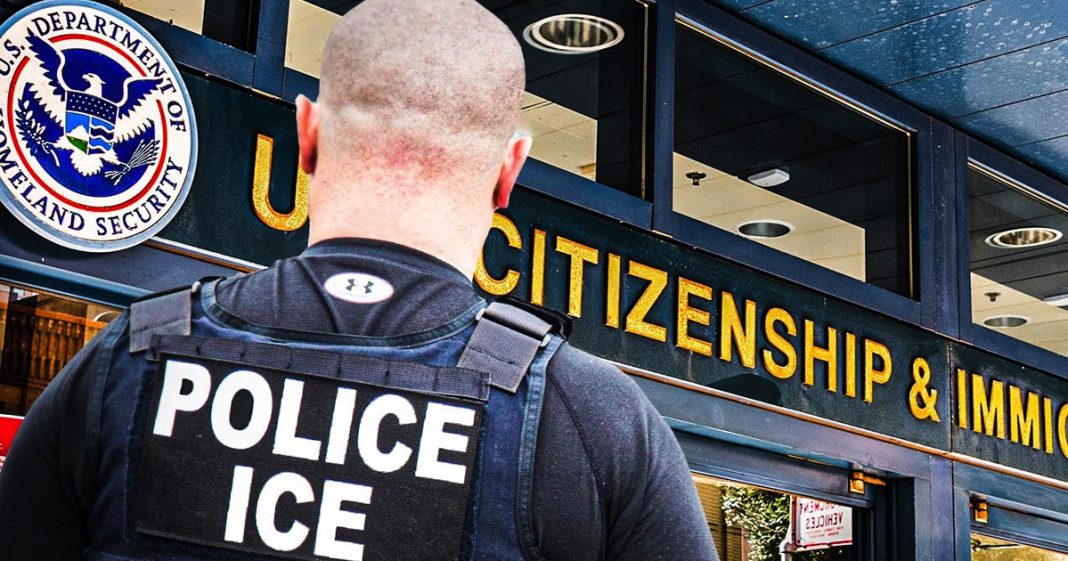 According to shocking new reports, the Trump administration authorized hysterectomies for migrant women along the southern border, with many of the women having absolutely no idea what was happening. They were reportedly misled and confused about the procedures which appeared to come straight out of the Nazi concentration camp playbook. Ring of Fire’s Farron Cousins discusses this.

Yesterday, multiple different legal advocacy groups have filed a whistleblower lawsuit against ice over the fact that according to the whistleblower, a nurse by the name of Dawn Wooten, uh, in abnormal amount of hysterectomies are being performed at certain migrant detention facilities along our Southern border. Uh, in addition to the fact as a nurse Wooten points out the medical or sanitary conditions and the medical care given at these facilities is absolutely subpar and inhumane. Uh, that’s a large part of it, but, but to me, the thing that stuck out the most with this complaint and the lawsuits filed is the fact that these doctors at these facilities are performing hysterectomy, which is a full or partial removal of the uterus in these women to essentially sterilize them. That’s Nazi shit. That’s where we’re at right now, folks. And that is exactly how the women who have had these procedures performed on them have described it because according to several of the women in these facilities, you don’t see anybody that hasn’t had a hysterectomy now in their facility.

They don’t know why they’re having them. They’re being lied to. They’re confused as to what they’re being told about what procedure they’re going to undergo only to later find out it was in fact, a hysterectomy we’re doing human experimentation or forced sterilization, whichever one you want to call it at this point, along our Southern border. According to the whistleblower complaint. Now, after this lawsuit was filed on Monday and after the original report was released, ice did come out and they released a statement and here’s it. Here it is a U S immigration and customs enforcement ice does not comment on matters presented to the office of the inspector general, which provides independent oversight and accountability within the us department of Homeland security ice takes all allegations seriously and defers to the OIG regarding any potential investigation and or results that said in general anonymous unproven allegations made without any fact checkable specifics should be treated with the appropriate skepticism they deserve.

The agency maintains that the Irwin County detention center has been inspected multiple times with and without mourning and that the facility is found to be in compliance with performance-based national detention standards. Cool, cool, cool. Um, that means nothing. It’s not anonymous because we know the whistleblower’s name. It’s okay. It’s Dawn Wooten, Shane Haydn. She’s making it clear. We also have, according to the complaint, the, the eye witness and direct victim statements. So these aren’t anonymous people and just because you were inspected and they said, yeah, all looks good here. Doesn’t mean that you’re not actually experimenting on these people because I imagine much like Nazi concentration camps. This comes from the top. I don’t think there’s just a rogue doctor down there with the Erwin detention center, randomly giving women hysterectomy is because he gets his kicks from that. I think there is something far more sinister, a foot here and I 100% believe, and I’ve said this repeatedly, uh, on social media, we have to, once this administration is out, hopefully that is in January.

We have to have Nuremberg style, uh, tribunals. When all this is over, we have to put them through the ringer. And if we need to get the international criminal court involved in this to carry out these prosecutions, then we then will do that if we have to. But these people, what we’re seeing right now is exactly what we read about in our history books that would happen to, to Jewish people had Nazi concentration camps. That’s what we’re seeing. I know in the early days, Republicans freak the hell out when you said, Oh God, don’t compare them to concentration camp. Now they’re concentration camps. And now we know that their concentration camps in more ways than one, because not only are you, uh, copying the, basically the, you know, uh, circumstances, they’re Browning up a certain group of people because you don’t like them. But now also because you’re apparently according to this complaint, performing medical experiments and forced sterilization on the people that you’ve done, [inaudible] for no reason.