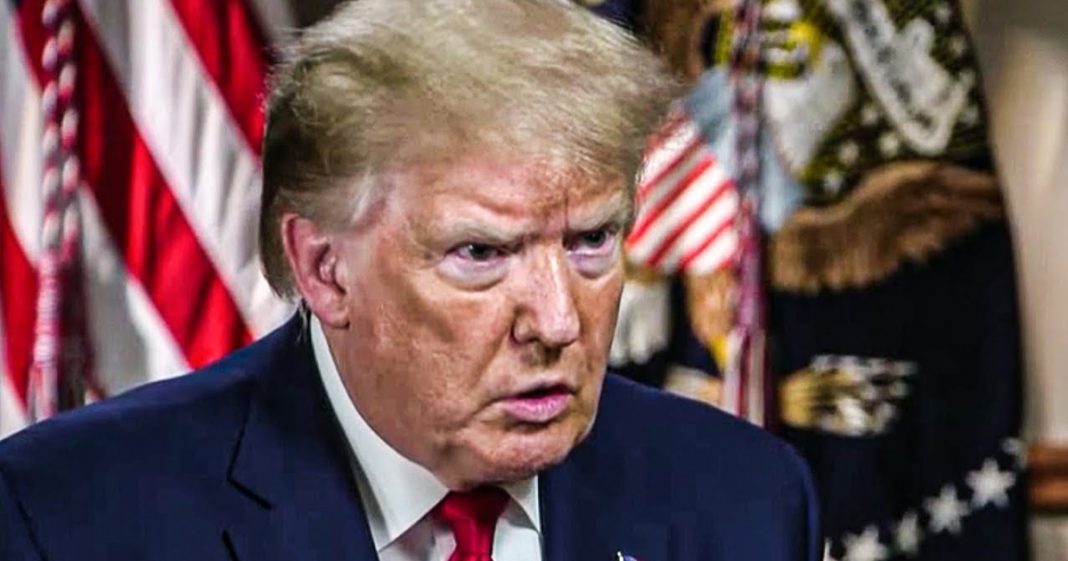 According to a bombshell report, the Trump administration demanded that the Centers for Disease Control and Prevention submit all reports to them for editing before anything could be released to the public. According to documents, the Trump team wanted to make sure that the information in these scientific reports was “fair and balanced,” borrowing the former slogan of Fox News. Ring of Fire’s Farron Cousins explains what’s been happening.

On Friday, a bombshell new report from Politico was really showing that the Trump administration actively interfered with science, from the centers for disease control and prevention in order to shape the way the CDC, uh, was delivering information to the public and to make it seem like Donald Trump, wasn’t lying through his teeth, to the American public in the early days of the pandemic. Here’s what happened. Um, the little end of the pandemic, Donald Trump decides to put a guy by the name of Michael Kaputo in charge of the CDC sees a communications department. So computer comes and comes along and says, listen, uh, we’re in the news. We’re going to run everything by, you know, the administration, uh, before it gets released so that they are able and they have time to edit it. If need be. Cause you know, as computer said, we want it all to be fair and balanced.

He literally, according to the documents that political obtained use the phrase fair and balanced, which for those who do not know is the former slogan of Fox news also happens to be my Twitter handle. And that’s how he essentially viewed this size like, Oh, we gotta, we gotta make it fair and balanced. It’s it’s science, it’s data, it’s numbers and facts and statistics that wasn’t some buddy’s opinion. It is not some crazy scientist back there saying, I think a million people are sick. I think now it’s 2 million. No, they were actually looking at the data. They were looking at the information that was coming in. They were counting it. They were adding it. They’re comparing it to other data to find out the transmission rate all of this stuff, all of it, pure data, no opinions in there. Nope. Partisan politics involved in any of it, but Kaputo still says, you know what? That’s not good enough because these numbers, again, according to the documents that Politico obtained internal documents from the administration, they had to make sure that they, uh, you know, didn’t undermine Donald Trump’s optimistic messages to the public to put it another way. The Trump administration actively edited changed, deleted information from the centers for disease control. So that the real data didn’t hurt the Trump administration.

Huh? We can’t trust a single thing. This administration says not one, not a single one. You know, it’s bad enough. When we got the Woodward audio last week that we should have had five months ago with Trump admitting that he was lying to the public. But now we’re finding out the links to which they went to actually hide the truth. This wasn’t about preventing a panic. As Trump says, he has done nothing but instill panic in people since the day, he literally announced he was running for president his first message to the public. When he said he was running was one of panic of, Hey, don’t let Mexicans come over here. Cause they’re going to rape and kill you. That’s what he said, creating panic. But this takes it to a whole new level. This shows that science was actually being manipulated to fit a political agenda, which by the way is actually what Republicans have accused Simon, a client climate scientists of doing for many, many years, except it turns out climate scientists were not in fact doing that.

But Republicans actually are, which is just yet another case of typical Republican projection. They want people to think that the bad guys in their minds are doing the bad things, but really it’s because they’re doing them themselves. But as far as this issue goes, this is getting people killed right now. This is getting people killed every day. The damage from Trump’s lies. The damage from this administration’s data. Coverup cannot be undone. We already have people who think that wearing a face mask is some kind of act of oppression. You’re not going to change those people’s minds with a new president in January. The damage is done. The only thing we can do at this point is prevent further damage by getting rid of the guy, doing all the damage in the white house right now.