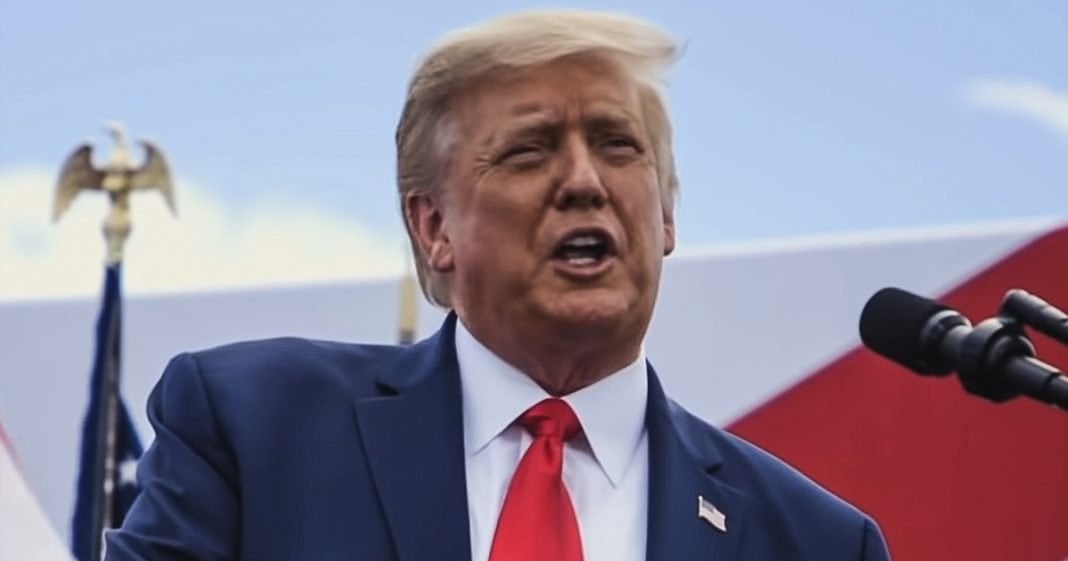 There could not be anymore difference between Donald Trump and Joe Biden on the issue of the environment, and even if the thought of voting for an establishment Democrat repulses you, you may want to think about the future of the planet when you cast your vote. The environment, and the public health, cannot survive another four years of Donald Trump as President, and we are already nearly out of time to take action. Ring of Fire’s Farron Cousins discusses this.

You know, there’s been a lot of talk this week about, uh, you know, the people who are on the left, but they’ve said they’re not gonna vote for Joe Biden. Uh, Ryan Knight, uh, goes by the Twitter handle, proud socialists. The host of the amped up podcast, uh, kind of sparked a huge, uh, I guess fight. You’d call it on the left this week. When he posted that he was not gonna vote for Biden. He regrets voting in 2016 for Hillary, but he’s just not going to do it. Um, you had a lot of people Shammy him for that saying, well, then you’re supporting Trump. You’re you’re, you know, doing this, you’re throwing your vote away and all of that. And as I’ve said repeatedly, I’m not going to engage in any form of vote Shamie at all. You know what Brian Knight chooses to do when he votes out in California, it probably, and consequential because it’s California.

It’s not like he’s living in Florida and is telling people in Florida, don’t go vote. It’s not a swing state. It’s a blue state. It changes absolutely nothing. So, so that’s not important. But one thing I do want to tell people, and this is kind of, I guess the only sales pitch I can give for Joe Biden, cause this is the only redeeming quality he has to me at least. Um, other than not being Trump is the fact that the environment cannot stand cannot survive, cannot endure another four years of Donald Trump. That’s the bottom line. And I know Josh Fox, the gas land director took a lot of heat this week. Cause he said he is supporting Joe Biden and he’s going to start phone banking forum and all the followers of Josh Fox online said, why are you doing this, Josh? He doesn’t support a ban on fracking to which Josh Fox pointed out.

Actually he, he does support curtailing it and he can be pushed to support a ban, uh, up in New York Cuomo didn’t support a ban on fracking, but we pushed him to the point. Josh Fox pointed out that now he did. That’s how activism and action actually work. You don’t just throw up your hands and say, well, screw it. Then I’m done. No, that’s, that’s quitting. That’s the coward’s way out. You get in there and you either start forming your own real thing, which some people are doing and that’s great. Or you stick with what you have and you keep pushing it left, which is what people like Josh Fox are doing the people who just say, well, screw it. I’m not doing anything. You’re not helping a thing. But if you’re going to use your anger to either push forward to the left or to build something even better than great.

But as of right now, what we have heading into the 2020 election is Donald Trump who has according to the New York times, reversed 19 air pollution and emission rules, 11 rules on drilling 11 on animals, four on water pollution and six on toxic substances and safety totaling 68 rule changes and rollbacks altogether with 32, still in progress. Since he took office air pollution kills anywhere between 100,000 and 200,000 people a year, mostly by the way, people of color. So if you claim that, that you want to be a Democrat and you believe we have to do something to protect American lives, you kind of have to support protecting the environment. You know, we, we have talked about that at length. They have looked at some of the regulations that they rolled back and decided, even though if we repeal this, it’s going to result in 1400 more dead Americans every year, they looked at it and said, okay, we can’t do that.

We can’t look at these two candidates on the issue of the environment, Biden and Trump, and say that they’re the same. They’re not Joe Biden. Doesn’t have a lot of plans. But the one thing he does have is a kick ass climate plan, a $2 trillion climate and infrastructure plan. That is ambitious. That is good. He has been consulting with Bernie Sanders and the sunrise movement and other environmental powerhouses who have been saying, we have to take action. Biden would listen to the scientists. Is he going to get us out of the forever Wars in the middle East? No. And that’s disappointing, but might he helped save the planet? Yeah, actually, yeah. We know Trump won’t do either of those things. So we can either have a little bit of progress on the issue of the environment or we can continue to move backwards. And I’m sorry if it offends anybody, but I am always going to choose to move forward rather than going backwards in time to a more disastrous point. That’s where Trump is taking us. And I’d like to get off that ride as soon as possible.