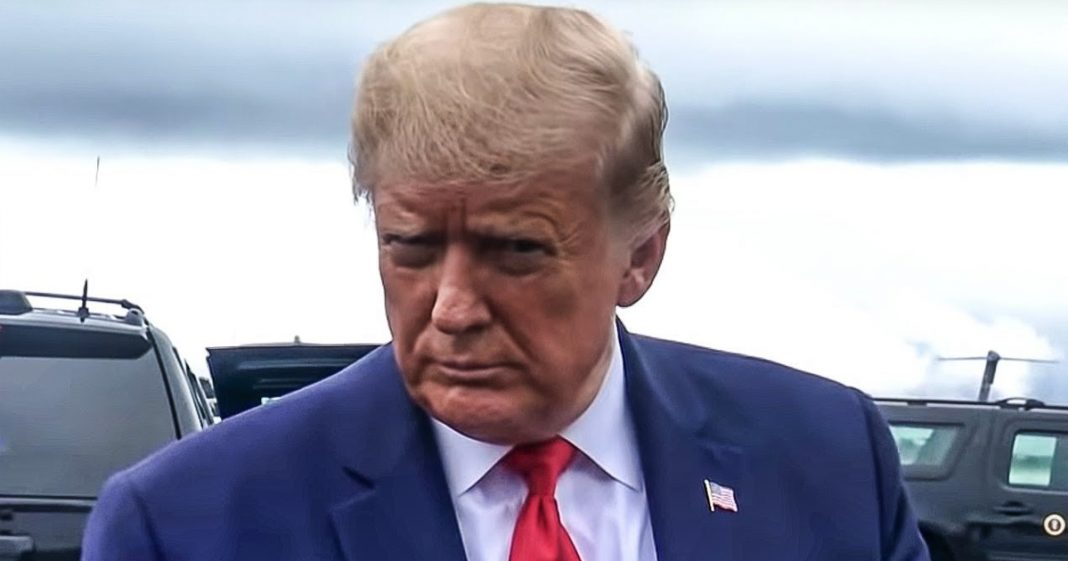 In a tweet this week, Donald Trump claimed that Democratic-controlled states are going to reopen their economies the day after the Presidential election because they only shut them down in order to hurt his election chances. This is not what is happening in this country, and based on the Woodward audio this week, Trump knows how dangerous the virus is. But he’s also incapable of seeing things as something other than a direct attack on him, as Ring of Fire’s Farron Cousins explains.

This week, Donald Trump created a new conspiracy theory. Uh, when he posted on Twitter that democratic controlled States States with democratic governors are definitely going to reopen their economies on November 3rd, the day after the presidential election, because after all, the only reason they ever shut down in the first place was to, was to hurt Trump himself, a word for word here’s what he tweeted. The Democrats will open up their States on November 4th. The day after the election, these shutdowns are ridiculous and only being done to hurt the economy prior to the most important election, perhaps in our history. Now, earlier this week, the Woodward tape came out and we heard Donald Trump in his own words, admit that, yeah, this virus is bad. This virus is airborne. Um, but you know, we’re going to lie to the public cause we don’t want to panic. And he’s still out there acting as if we didn’t hear the tape and know that he knows how bad the virus is. And still somehow trying to claim that there was this conspiracy against him, that democratic governors are willingly tanking their own economies just to hurt Donald Trump.

It’s a whole new level of bonkers that I didn’t think this president would hit, but the man continues to surprise me on a daily basis. Look, folks, here’s the thing. Trump knows how dangerous this is. Trump knows how deadly it is. He has been briefed from the very beginning and based on the Woodward tapes themselves, it’s clear that a lot of it did sink into his brain. He knew it. He was able to relay that information articulately and accurately. So he does get it. The thing I don’t think he understands is that the States were shut down because of how dangerous the virus is. I honestly don’t think he thinks that I do believe that he believes his own conspiracy because due to his narcissism, his clinical pathological narcissism, he is physically incapable of seeing anything in other terms, other than how it affects him personally, that is what his narcissism does. You know, if there’s a traffic jam for somebody with severe narcissism, it’s because the universe is plotting against them wanting to make them late.

The state shuts down because there’s a deadly virus, infecting hundreds of thousands of people. They’re not shutting down to prevent the spread they’re shutting down so that people lose their jobs. The economy loses tons of money. The government loses tax revenue, all to hurt Donald Trump, eight months down the road and have an election. That’s what it is. It’s his narcissism that tells him this. And that is a very dangerous trait to have for somebody in his, but that’s what it is. He knows how deadly the viruses. We’ve all heard him say it at this point, but he also truly believes these conspiracy theories that he has concocting in his head because that is the only thing that actually mesh With him, His narcissism and his need to believe that everything good happens because of him and everything bad happens because others are plotting against him. Not because he’s horrible at making decisions.