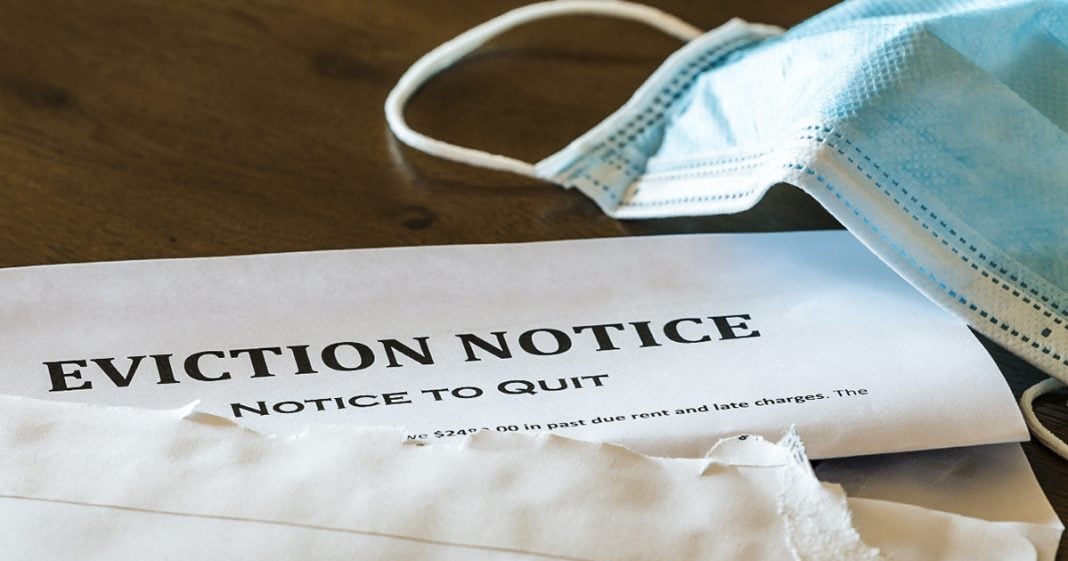 The economic impact felt across the country by the pandemic is much worse than anyone could have predicted. According to a new poll, at least HALF of households in this country have had to deal with job loss or wage cuts in the months since the pandemic began. This survey was done in four major U.S. cities, but the economic pain is being felt all throughout the country. Ring of Fire’s Farron Cousins explains what’s happening.

According to a new poll out this week, published by NPR, more than half of the households and the four largest cities in the United States have experienced either job loss or wage loss is since the pandemic began, the four largest cities are Houston, LA, Chicago, and New York city. And more than 50%, more than 50% of households have said, they’ve either lost the job or their wages have been cut because of the pan DEMEC. And according to the poll, this problem is widespread. Not necessarily half of people, but far more widespread throughout the rest of the country than had previously been, uh, assumed. This comes the same week. By the way that the Senate came back into session, Mitch McConnell came back from his undeserved vacation, put together what he called a skinny relief package. That includes no bailout for American workers, no money for cities and States to deal with the crisis, essentially nothing at all, except more subsidies and bailouts for corporations, including the coal industry.

So that’s where our government stands. They want to help corporations who don’t need help. They certainly don’t deserve help. Well, half the people in this country are wondering where their next meal is going to come from water and how they’re going to pay rent, not just pay rent next month, but pay all the back rent they owe before they get evicted. The evictions have already begun. If we do not do something, if the federal government does not step up and start handing out stimulus checks the same way John Bayner handed out those tobacco checks on the floor of the house of the representatives of the house of representatives in the nineties. If we don’t start doing that, but for the American people, we’re going to be looking at a homeless crisis. The likes of which this country has never seen in just a few months, but Congress does nothing.

And by Congress, by the way, I mean the Senate, cause yeah, the house has passed bills. They’re sitting over there waiting for McConnell and the Republicans in the Senate to bring them up for discussion, bring them up for a vote, but they won’t. People are suffering. Almost half of this entire country is suffering right now and it’s not getting any better. I know on paper, the numbers look better, but that’s because Trump cut the funding for the testing. So we shut down most of the testing sites across the country. So the number of cases hasn’t actually gone down, it’s just that we don’t know how many are out there right now because we’re not getting accurate numbers. I know here in my state of Florida, uh, the governor, the Trump loving governor, Ron DeSantis has actually ordered local health departments and school districts to not publicly report. Any cases of COVID-19 that in our school, since we just all started back a couple of weeks ago, none, you can’t know, they’re not going to tell you.

That’s what we’re dealing with. We as a country are choosing the, bury our head in the sand method. Uh, if we don’t test for the virus, it’s not real, Oh, we don’t send bailouts to the American public. They’re not actually in financial distress. It’s the same logic folks. If they acknowledged that people are suffering and if they help the people who are suffering, not only does it acknowledge that we screwed up as a country, but it also shows these people that we’ve had the means to do it the whole time. We just didn’t. And all those other times they’re suffering for the American public. We could have helped you, but we didn’t. That’s part of the reason that’s one of the biggest reasons they’re not helping now, because if they do it now, it’s going to prove that they always could have, they just didn’t care enough about us to actually do it.