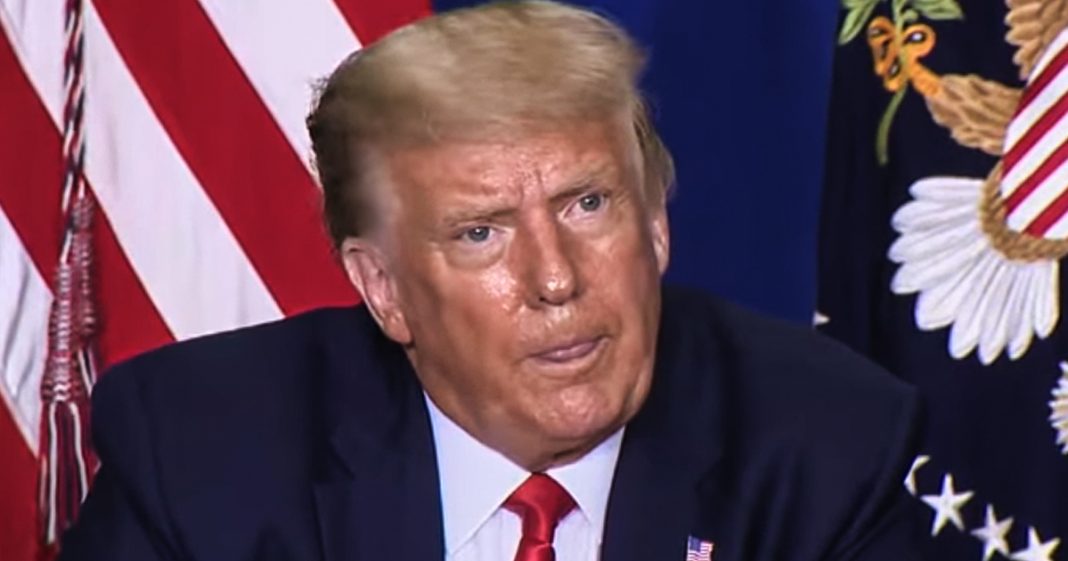 Donald Trump’s reelection campaign has been spending money as fast as it has been coming in, but they have absolutely nothing to show for it. The campaign is now running out of money as the spigot slows down, and they aren’t sure how to keep moving forward without money. There’s a good reason why the money they’ve spent didn’t help the campaign – it didn’t go to the campaign! Ring of Fire’s Farron Cousins discusses this.

So reports have been coming out all week that Donald Trump’s campaign has spent nearly $1 billion and they don’t have a thing to show for it. They’ve spent more than $800 million. So far in 2020, they’ve raised 1.1 million. So they got a little under $300 million cash on hand. And for those keeping track, Joe Biden’s campaign raised 365 million alone in the month of August. So in just one month, Joe Biden’s campaign raised more than Trump even has in cash on hand, after having 1.1 billion throughout the year. And they don’t know where the money’s gone. God that’s the, the most ridiculous part of this entire story is that the Trump campaign can not account for where most of the money is gone. Now we do know they spent $11 million on a super bowl ad, um, because you know, that’s super effective when the elections in November Superbowl is what the first Sunday of February, I think.

Um, so yeah, I’m sure that that panned out well, it was during your impeachment prior to the pandemic, literally nobody remembers that you did it as what I’m getting at. You spent $11 million on something that everybody had forgotten. Within two days, you spent countless millions running ads against Michael Bloomberg of all people. So I guess that worked out pretty well for Bloomberg, for the Democrats. Really. Um, you spent $3 million on a NASCAR car to sponsor it because you thought that would be good. Uh, you’re spending $180,000 a year paying Kimberly Guilfoyle to run a branch of the fundraising division of your campaign, which according to reports, she’s running into the ground. I think you’re also paying Eric Trump’s wife, um, for God knows what, but she’s getting paid everybody from the families getting paid for the campaign just about, but the rest of the money.

Yeah. There’s a big boom. You have so little money that you’ve had to pull your ads out of States like Arizona, Arizona is essentially swing state right now. You could win it. There’s an embattled Republican trying to keep hold of her Senate seat, Martha McSally. She’s probably going to lose it. You’re probably gonna lose the state, gonna make it hard to win the white house by doing that. But you can’t afford to run ads there. So you had to pull them. The problem is Trump ran the campaign, just like he ran his businesses, which that’s what Republicans have always been telling us. We should do. We should run the government. Like it’s a business. And then Trump came in and did that and showed everybody what a stupid idea that truly is. This doesn’t end well for him. You can’t with only eight weeks left to go a little under eight weeks. At this point, you can’t run out of money. He is in trouble. The only hope this man has of recapturing the white house would be one. If riots and protests started taking place in every single city across the country, and that ain’t going to happen or to if Joe Biden craps himself on live TV during the debates, really those are about the only two chances this man has of maintaining his seat of power. Our due to the fact that he is so horrible with money, funny that his campaign can’t even account for where the hell it all went.