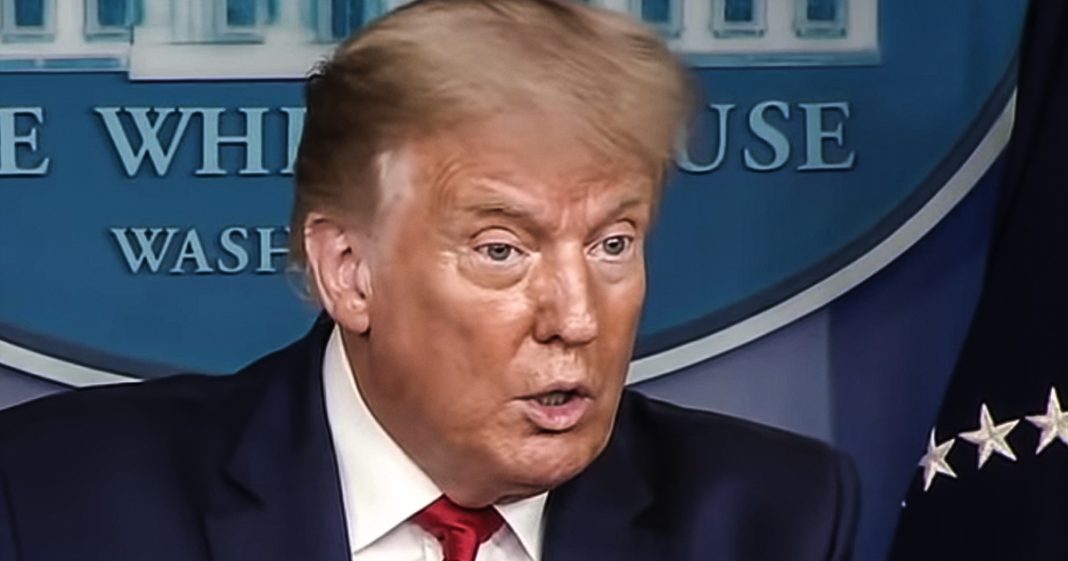 During his rally in Michigan on Thursday, Donald Trump bragged about consuming 9 hours of Fox News in the 24-hour span prior to his rally. Once again, this is not normal behavior, nor is it something that anyone should ever consider boasting about. The President of the United States is a lazy, incompetent buffoon. Ring of Fire’s Farron Cousins discusses this.

So yesterday, Donald Trump, uh, as I previously talked about earlier today, had several very public meltdowns on Twitter. So what was he doing when he wasn’t having those meltdowns on Twitter? Well, one of the things he did and he admitted this in his speech in Michigan, was he spent the rest of the day watching Fox news because that’s all he does. And prior to waking up and watching Fox news, he actually watched Fox news for a good four to maybe even five hours the night before and went to bed, woke up and immediately went back to watching Fox news. And I’m not making this up. Donald Trump admitted during his Michigan rally yesterday that he watched nine hours of Fox news, at least in a 24 hour span. Here’s his clip of him somehow bragging that he did this here it is.

I watch some of the shows. I watched Liz MacDonald, she’s fantastic. I watched Fox business. Uh, I watched Lou Dobbs last night. Sean Hannity last night, Tucker last night, Laura. I watched, uh, Fox and Friends in the morning. You watch these shows, uh, you don’t have to go too far into the details. They cover things that are, it’s really an amazing thing.

That’s a lot of Fox news. And that actually, by the way, helps explain some of those Twitter meltdowns, um, that we discussed it in today’s first segment. Um, here’s the thing, folks. Every day I wake up, I don’t turn on Fox news. I go through the headlines. I go through the news sites. I’ve got several different ones that I check every morning. I go through news aggregators. I look for that. I’m constantly going through the news all day long. So I wake up and I put together my little packet. Uh, so I can do these stories every day. And for this one, which I had seen the clip on Twitter, but I wanted a, a, a link to a story, uh, cause I like to have that. So every video has some kind of source, so, you know, I’m not making stuff up. Um, and so this one, I was very specific, uh, when choosing which article to use for it, because I used one from the daily mail in the UK. Why, why use that? When talking about Trump, watching Fox news nine hours in today, because it’s a UK news site and they’re talking about it too. And that’s why this is actually an important story and not just a ha Trump’s an idiot story.

This is how they view us. This is how they view him. This is what the rest of the world looks upon the United States and sees they see a fat orange slob of a president sitting in his La-Z-Boy all day long tweeting with one hand, and then going through the cable news channels with the other, the view of America that too many people across the world have lazy, arrogant, ignorant belligerent. And that’s what they see in Donald Trump. The fact that they felt the need to report on the fact that demand boasted about watching nine hours of Fox news a day, at least that tells you everything about the rest of the world and how they viewed the United States. That’s why this story is actually somewhat important. And that’s why it just gives us another reason why it’s so important to get this embarrassing buffoon out of the white house. This November.