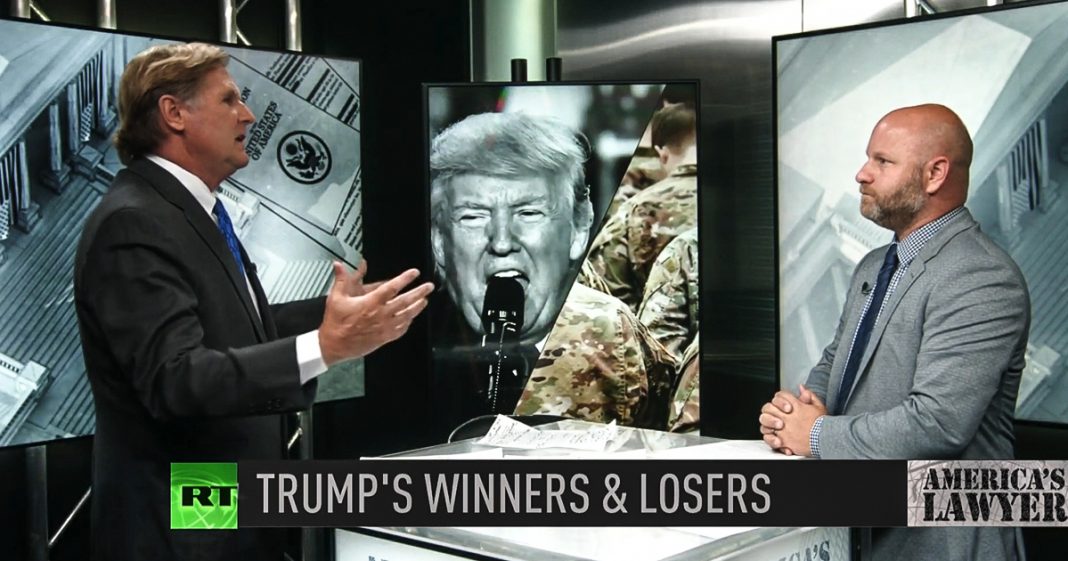 Via America’s Lawyer: A story filled with anonymous sources from the Atlantic has made some pretty salacious claims about Donald Trump. Mike Papantonio & Farron Cousins to discuss more.

Mike Papantonio:             A story filled with anonymous sources from the Atlantic has made some pretty salacious claims about Donald Trump. This is a continuation of what we’re talking about.

Mike Papantonio:             It’s a continuation because A, the Dems obviously are behind it. You know, they’re, they’re part of all this. The, the owner of the Atlantic, what gave $600,000 to Biden’s election, she gave $1.2 million to, to candidates just in the last few weeks. So the question, and I think, you know, Green, Glenn Greenwald to me is brilliant. I just can’t, every time the guy comes up with an angle, I go, you know, you’re right on. He runs the Intercept. His point was that this blows up in the face of the proponent, unless it works. And he’s saying really, it doesn’t look like it’s working. My point to you is why? Because Trump was already losing, he’s lower, he has lower numbers in the military than he’s ever had. Why would you go here? You see, knowing that they’re going to use it is a you see it’s just the media coming after me. It’s just Joe Biden jamming this whole thing up. What is your take on it?

Farron Cousins:                  You know, a great poll came out for the military times last week, Donald Trump’s approval rating with service members was.

Farron Cousins:                  And I don’t know if it was supposed to be icing on the cake. And for the record, I’ll say, I do believe that Trump has said these things about fallen soldiers.

Farron Cousins:                  But, I saw a good analysis on it from, I think it was Joshua Holland who said, this is a character story about Trump. It’s not a policy story in either way. So what’s the point of risking anything on this story, because everybody already knows his character and even people who like him, don’t like the character.

Mike Papantonio:             Okay. It is a big risk. And, and Greenwald’s point was, this is more MSNBC, CNN, pile on. Now he does such a great job following the story, the accusation made by Goldberg or what, Goldberg.

Mike Papantonio:             Yeah. So Goldberg makes the accusation, I can’t reveal my anonymous sources because I’m afraid they’re going to be terrorized on Twitter. Really? Okay. So I’m not going to do that, but there’s more stories coming and there’s a lot more sources, but Greenwald says, okay, let’s really analyze what just happened. Greenwald says there is a source, an anonymous source, and then the AP picks up on it and asked the question, who is it? MSNBC comes in and read, just re-invents that there’s a source. They don’t have any news source. CNN says they don’t have any news source, but they go with the story anyway. The problem is, this works for guy. It works for Trump. I don’t think he, I don’t think people are analyzing how bad, there was a poll a couple of weeks ago. Do we believe the media or do we believe Trump? They believe Trump.

Farron Cousins:                  Well, and what we’ve seen right now, and this fight is taking place all over social media, you have the Trump supporters who will straight up say this isn’t real. This is a lie. And then it causes fights obviously with the non Trump supporters, they say, yes, it is. And so the whole thing has now devolved into this bickering online, distracting from real issues, like the response to COVID and things like that.