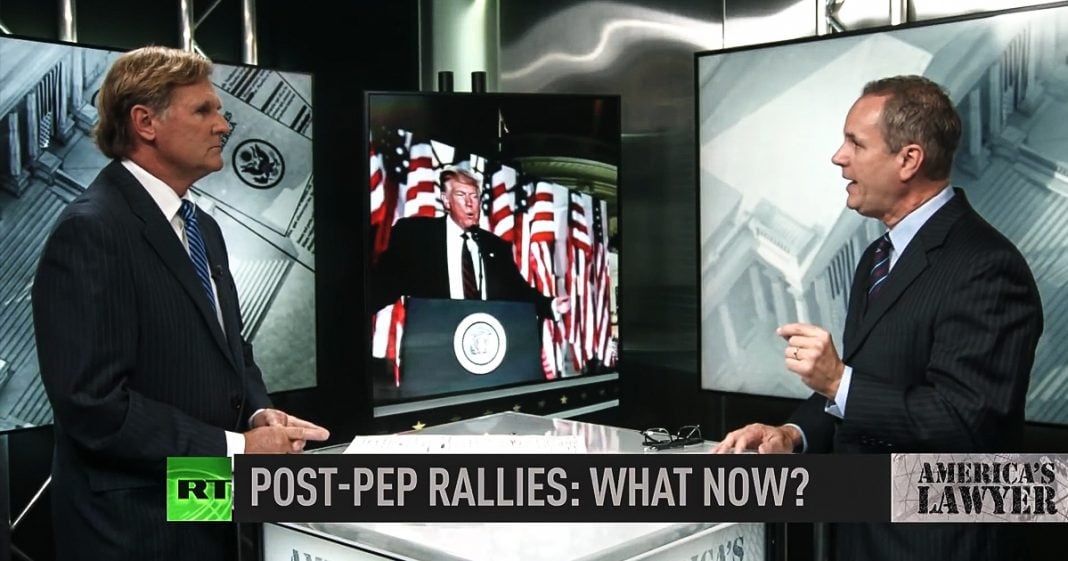 Via America’s Lawyer: It’s like a bunch of snowflakes and celebrities are in charge of the Democratic party narrative now. Media analyst David Lamb joins Mike Papantonio to discuss.

Mike Papantonio:             Yeah. Or, or even, you know, if you, if you take a look, you take a look as this is developing, the, their, the Democrats have lost the ground about we can do better, even though the sitting president.

Mike Papantonio:             And, and Seattle and all this is taking place. That’s weird. I mean, if you think about it, the first time I considered whether or not the Nixonland theory had, had application here, I would always say, you know what, I don’t know that it does because we have a sitting president that’s here while it’s going on. It doesn’t seem to matter, does it?

David Lamb:                         It does not seem to matter. And, and it has it’s so, I mean, that prediction on your part is now so nascent, because the debate now is Joe Biden and the Democrats are, are that, being able to make that claim from the white house in the middle of your first term, it is somehow some way, it’s finding footing.

Mike Papantonio:             And why is that happening? Well, you got Kamala Harris out there saying police office, this is, these are headlines coming from this, this is right out of today’s newspaper. I mean, not of newspapers, but out of the, you know, the Breitbarts and the Daily Caller and the Drudge. People don’t understand how those headlines affect middle America. These headlines, Kamala Harris, police officers have to face the consequences. I mean, really? She’s saying that during a time people getting shot, police officer just died yesterday. And that’s her headline?

Mike Papantonio:             It’s like you’ve got a bunch of snowflakes running the narratives for the Democrats. I was telling Farron Cousins earlier, it’s like celebrities are in charge of what the narrative is now. It’s MSNBC and CNN and even Fox, they believe they can turn the tide, they can’t. We see that they can’t because they’ve tried. We believe that the, the, the, the celebrity night comedy shows are going to turn the tide. It’s not working. What’s your take?

Mike Papantonio:             That is, that is the problem. There really is nobody running the show. You have people that are sitting in various places telling, James Carville great example. Do you, you realize Carville six weeks ago said that all Biden has to do is sit in the cellar and he’s going to win.

David Lamb:                         He doesn’t project that and, and in a 24 hour span, after he makes a statement, 24 hours later, his comments are forgotten. So something, he is either not believable by the, by the voter, or his message is so confusing and so muddled that you don’t even know what exactly just happened after, after a press conference.

Mike Papantonio:             Look, somebody has got to, it’s like home alone for the Democrats. Somebody has to take control of the party.